33 years ago, Apple was criticized for refusing the command line in favor of GUI

The first truly personal computers Apple has released in 1984. Proposed 33 years ago, the graphical interface and inexpensive price attached to technology children. Is the time marked by the transition from a command prompt with keyboard input to an intuitive interaction with the mouse and icons, which was tantamount to the advent of iPhone in the mobile market. Nevertheless, three decades ago, Apple was criticized by the public for the decision to move from command line to graphic interface. 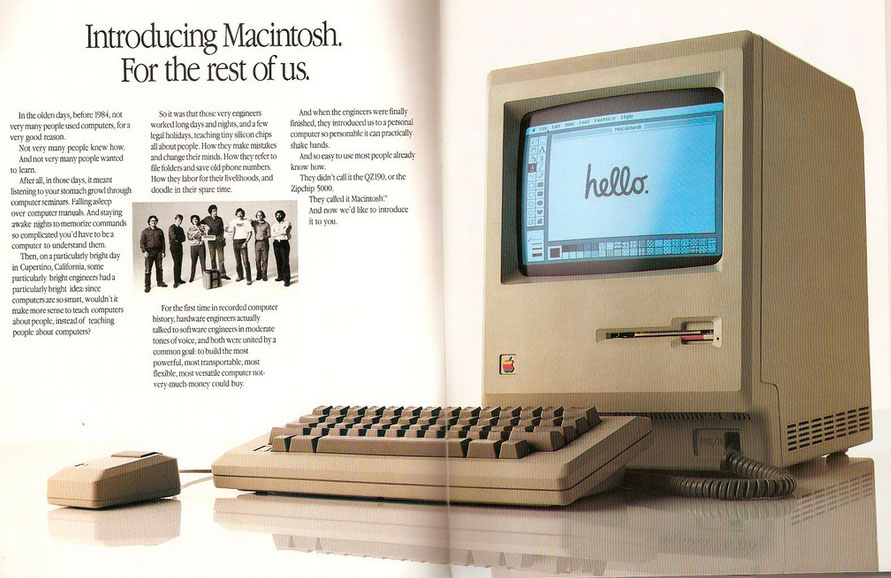 Apple is always aiming for above average consumers, creating high quality products, but the first serious breakthrough the company has made with inexpensive Macintosh 128K. It was developed over five years and inherited the technology at Xerox PARC. Their ideas device got the GUI and mouse when the control is in other models going through the input text commands to the console.

While Steve jobs, after reading in 1979 with a prototype graphical user interface (GUI) and controls in the laboratory at Xerox PARC, just saw they are the future of personal computers, while others continued to consider GUI comical quirk, said 3Dnews. Opponents believed that this method of interaction with the PC could not offer anything serious in return a computer terminal. All this was seen as absurd and pointless attempt to replace text with an image.

Even two years after the release of the Macintosh journalist Chris Goyens complained about the proliferation of graphical interfaces: “what began as a revolution Macintosh, use mouse to hover the cursor and invoke various commands, represented by icons: images in file folders, electronic calculators, an artist’s palette and the bins — have now spread”. The author pointed to the phenomenon of “tankomania” and called GUI “mixed blessing”. According to him, the system did not give any particular improvement, and in the same text editor, there is no principled innovation. 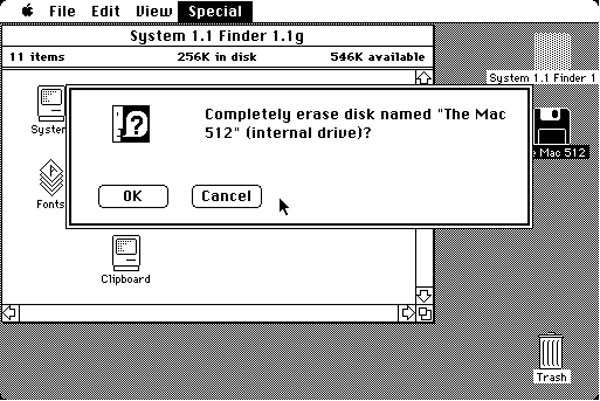 Then the teacher Marcia Helio from the University of Delaware wrote a critical article for the San Jose Mercury News. She claimed that the student work done on Macintosh with a graphical user interface are worse than Dell computers with the command line. In interview the teacher said that in 12 years of schooling have not seen such a number of careless work, and gave a comparison: “to Give the student a Macintosh is the same as to put 16-year-old for a sports car”. And the newspaper added: “the Icons, the mouse, fonts, and graphics, making the machine easy to use, can just as easily interfere with creative abilities of the mind when writing”. Anyway, Apple introduced the ideology of the GUI and the icons of the programs based on the elements of the real world stayed on the market for almost 30 years with minimal changes. Graphical user interfaces changed the world for the better, and time has proved not only the correctness of Steve jobs.

New stage in the development of interfaces are voice commands, followed by a concomitant wave of concern and criticism.