A source at Apple told about the redesign of Apple iOS 10 Music: black and white interface, large, cover, lyrics

The Apple Music app in iOS 10 expect a significant redesign that aims to make the music service more intuitive to use”, reported Bloomberg on Wednesday. 9to5Mac editor mark Gurman clarified some details about the new design of the music app Apple. 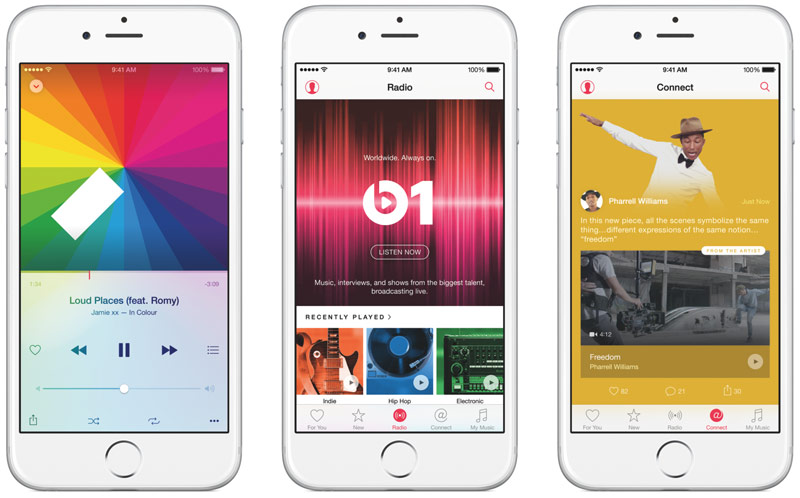 In the new version Apple will abandon brushed interface of the application is painted in the colors of the album covers. Instead, Apple Music will get “a more relaxed black and white design. According to the source, the album art will take up a significant part of the application. The updated client will acquire additional 3D Touch gestures for the iPhone 6s and iPhone 6s Plus.

In the new music app in iOS 10 will be easier to share songs, more correctly to use the font San Francisco. Tabs Connect and Beats 1 as a whole will remain unchanged. Apple is working on tighter integration of functions of streaming and downloading music, as well as expanding the functionality of self-service Internet radio. A New tab will replace the new Browse section.

“The upgrade will affect Apple Music and iTunes for Mac: Apple will release a minor update program (global redesign of iTunes is planned for next year). A similar change will also affect new apps for Apple TV models running tvOS,” writes Gurman. 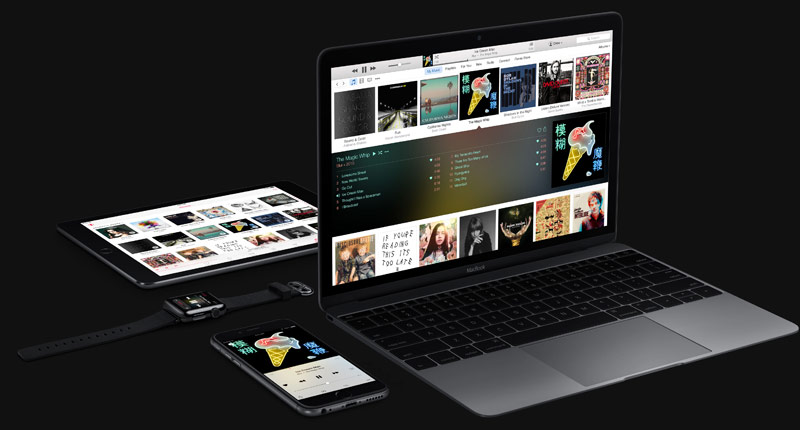 Despite the impressive growth rates – in the past month, the audience of Apple Music subscribers reached 13 million people, the service is often criticized for confusing interface. Well-known journalist Jim Dalrymple called the service “horrible,” and then refused to use it. For the first year of operation, the Apple Music service and has not received any major updates, the developers mainly engaged in elimination of various defects and errors, not improvements. According to sources, the iOS 10 the company will update the app interface and make it more intuitive to use.

The announcement of the updated version of the Apple Music is expected at the upcoming WWDC annual conference 2016, which will be held from 13 to 17 June. Beta iOS 10 will be available to developers and participants of the program testing in June, the release of the final version of OS will take place this fall.