The user is far from scientific discoveries, to say goodbye to chemistry or physics in high school, many things seem unusual. Using in everyday life, for example, electrical appliances, we do not think about how they work, seeing the benefits of civilization for granted. But when it comes to something that goes beyond everyday perception, even adults are amazed like children, and start to believe in miracles. 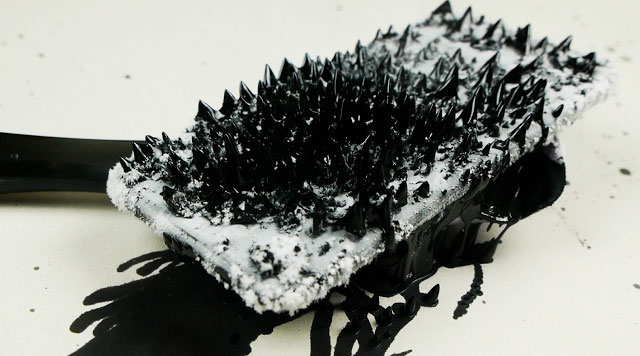 Experiment with an unexpected result put a fan of colorful destruction iPhone, blogger TechRax. He decided to see if the phone responds to the contact with the ferrofluid – a colloidal system consisting of organic solvent containing fine particles of magnetite. Their size is so small that it is hard to imagine: they are ten times thinner than a human hair. Such microscopic parameters allow them to be evenly distributed in the solvent with the help of thermal motion.

American put the iPhone 7 in the tub, which is then poured out three bottles of magnetic fluid. Until then, until there has been external influence, it was calm, resembling a mirror. But he had to bring a “mirror” powerful magnet as the liquid came alive, showing amazing three-dimensional paintings. 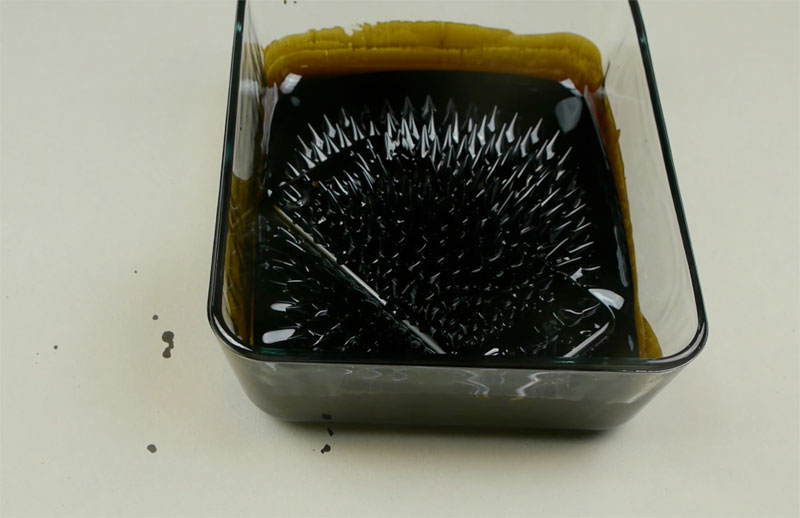 In order to obtain a striking figure, enthusiast put a powerful magnet under the container with the iPhone. Unfortunately, particles of metal, though, and called ferromagnetic, in the full sense are not, because they can not save the form after the disappearance of the magnetic field. In order to fix the original figure, in a bath filled with liquid nitrogen. The reaction proceeded very effectively, but to achieve the desired failed.

After drying and cable connection iPhone 7 came to life and continued to work. Sorry, then it did not test experts, who could draw conclusions about the impact of a ferrofluid and liquid nitrogen to external and internal elements of the smartphone.