From 13 June to 17 June 2016 in San Francisco in the exhibition complex “Moscone West” will be held annual conference for developers WWDC. The ticket price for the event is $1599. Every year Apple offers students around the world to send their projects to the contest WWDC Scholarships and get the opportunity to participate in the conference. 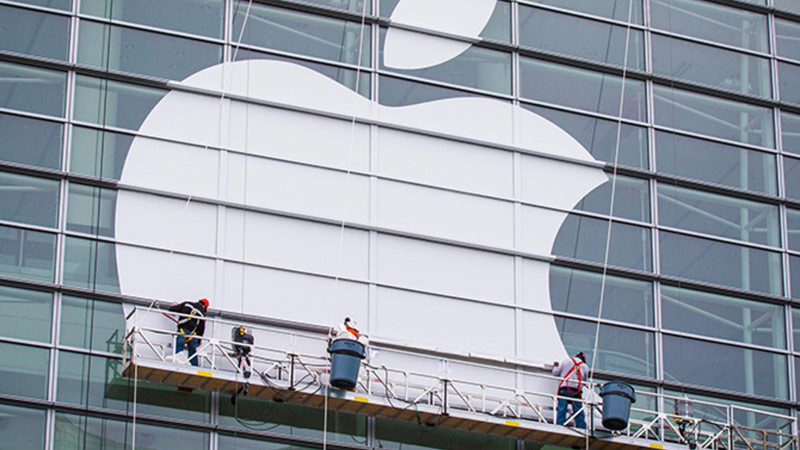 This year, Apple invited five developers from Russia. Edition Vc interviewed lucky and found out details about the projects on which they work.

Salavat Khans have developed an application for blocking unwanted content in Safari 1Blocker. “Unwanted content each user is understood differently: for most it is an advertisement for some tracking scripts, for others it may be comments or something else,” said the developer. 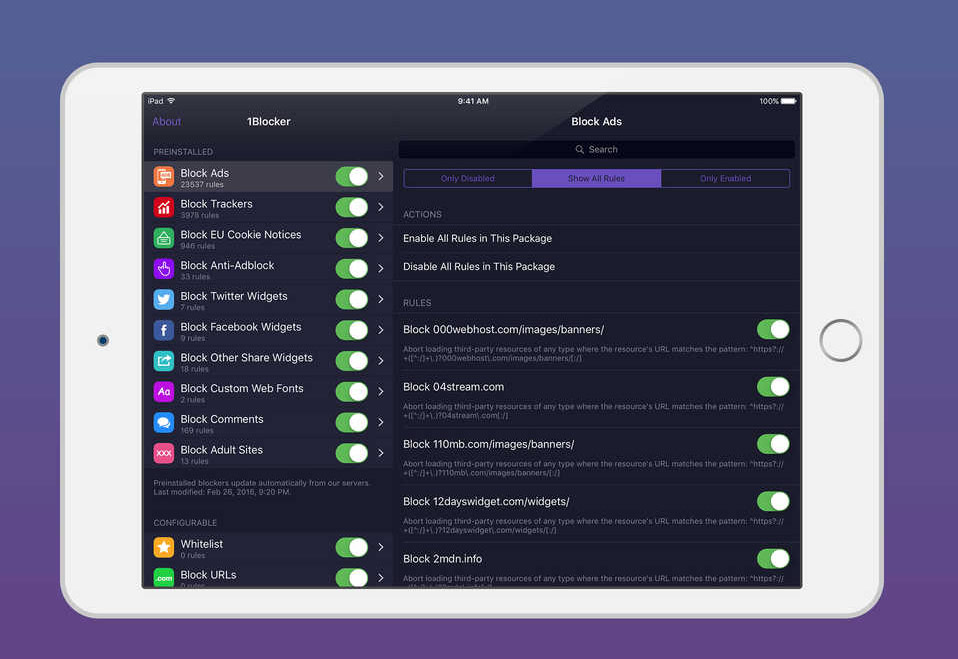 “1Blocker allows you to block all that is of no benefit to the user. The user should have the freedom of choice that will be downloaded to their device, and what is not. Every downloadable web resource drains battery power, and mobile traffic for which the user pays,” said Salavat Khans

On app R Khan has already drawn attention in the foreign press. So, the editors of the New York Times conducted an experiment in which for two hours on the iPhone 6s her staff opened different sites for Wi-Fi. In the first test, a fully charged iPhone died on 18% and after installation 1Blocker the smartphone was discharged on 9%. “That is, the app saves battery power when you view web pages in two times,” — says the developer.

Khans has been developing applications 1Blocker in July 2015 — just after visited at WWDC and decided to become indie developers: “In recent years many websites advertising has become very aggressive, so lock web content on iOS struck me as an interesting challenge.”

Andrei Volodin is studying in Voronezh state University, faculty of applied mathematics. The last fifteen years the developer has been creating low-poly (low-poly) game, which develops all the graphics, script, and sound levels. 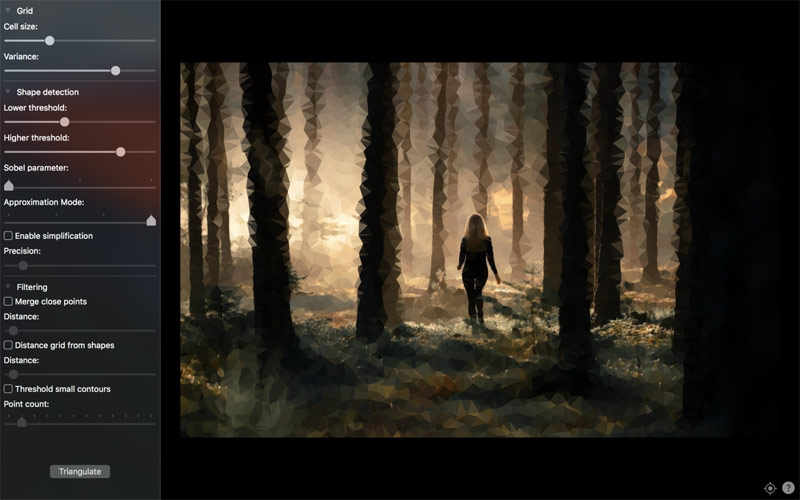 To facilitate and speed up the process, he developed an algorithm that involved a lot of resources: “the Game in LP-style and a lot of time was spent on fairly routine and boring work. Hang in Illustartor, drawing triangles, not very interesting. In addition, I wanted to have the LP export images in SVG format easy to “parse” as a set of points”.

As a result, the Volodin has developed a Mac application, which could speed up your algorithm 100 times — now it instantly handles more than 70% of the images. “For 99% of people is a common filter in a almost no trendy low-poly style. For designers — is a tool to facilitate routine work. For me — aide in the creation of another project,” said the developer.

App (not yet available in the App Store) Volodin made over five evenings after school: “the First few days after the WWDC announcement of the competition, I thought, is there anyway to start over because there was very little time, and I also knew that many students send a product that was developed a few months. In the end, decided to try his luck.”

Ivan Grachev, student at MSU and is working on several projects. Two of them he sent in the application for participation in the WWDC Scholarships. The first game Emoji Cosmos, in which the graph consists solely of emoji. App made in Swift using Sprite Kit environment. 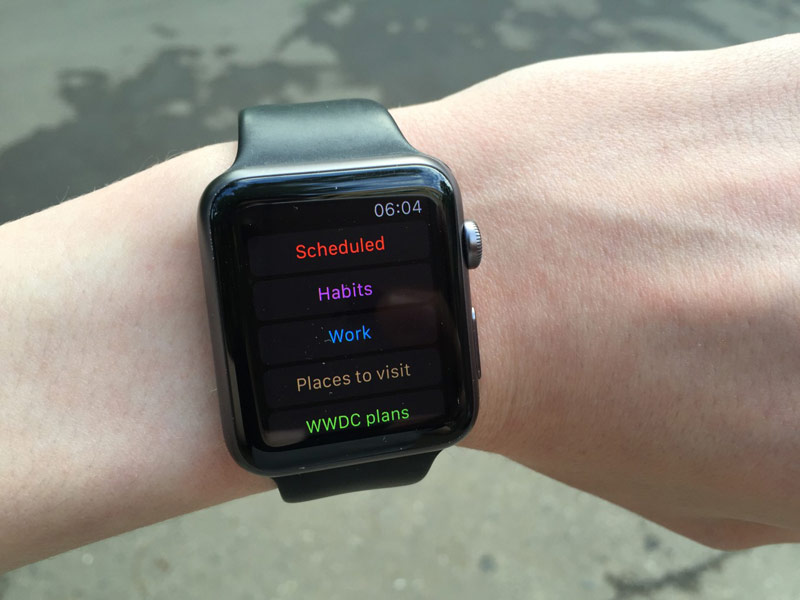 The second project is free open source application for Apple Watch Reminders On Watch. It allows you to view and delete the reminders from the built-in iOS Reminders app.

“Now I work for a company AppTeka, as well as participate in the development of Chill (application to communicate with wearable devices — approx. ed.). The team went through an accelerator in the UK, and soon you will be able to test the platform on the base of the Chill build bots for wearable devices,” said the developer.

In addition, Grachev together with the game designer Russell Gynnsam been working on a project to reissue the game 1996 Pop! The Balloon Dog Puzze for mobile platforms.

Interactive 3D model of the building

Dmitry Kochetov and Dmitry Babintsev studying at Bauman College in Yoshkar-Ola. The educational institution received the status of Apple Distinguished School for technology in everyday tasks. For example, more than 1200 students and 150 teachers at the school use iPads in their daily learning activities in 2012.

The Lyceum building is one of the largest in the city, so many guests and students experience difficulty when you need to find a particular office or public space. Developers Dmitry Kochetov and Dmitry Babintsev solved this problem by creating an iPad app with an interactive 3D model of the building. The students worked on the app in my spare time, so to maximize the effectiveness of shared responsibilities in pair: Kochetov was responsible for creating 3D models and writing code, and Babintsev for creating photospheres and design of the application itself.

After successful testing the app a few schools expressed a desire to learn from the experience of the Bauman Lyceum — now Kochetkov and Babintsev are working on the creation of similar applications for several Moscow schools.