Judging by the fact that the monitor the Thunderbolt Display has disappeared from the majority of Apple Store worldwide, the company is ready to offer Mac users a modern model. As reported by 9to5Mac, in addition to “super vivid” display panel a new Apple display will boast a built-in graphics card. 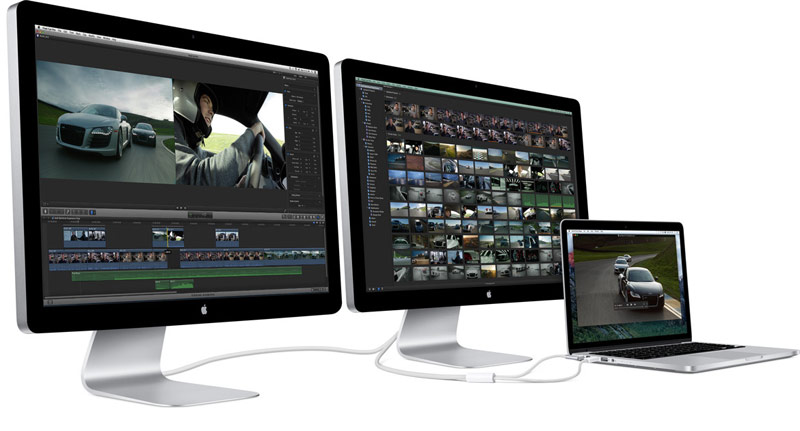 At a constant price of $1000 the current 27-inch Thunderbolt Display offers a modest resolution of 2560×1440 pixels, in addition, there was a problem of compatibility with newer Apple devices. If the transition of the company laptops with charging via a MagSafe to MagSafe 2 was painless — the kit just added the adapter, the 12-inch MacBook and no Thunderbolt 2 ports for monitor connection.

A feature of the new model generation will be a resolution of 5120×2880 pixels, and an integrated video card.

“In the beginning the idea of integrating a GPU in an external monitor can show crazy. But our source explained that this is due to the need to ensure the compatibility of the device with a number of Mac models. Due to the high requirements for performance monitor with a resolution of 5K is intended to be connected to computers with a powerful graphics subsystem”, – writes the edition.

Apple wants to make MacBook more thin, so the device can’t afford the luxury of productive graphics. Thanks to the integrated GPU brand 5K monitor of the company will be able to work with any models of laptops ranging from basic MacBook, ending with the top-end MacBook Pro.

It is noted that the Apple monitor will be equipped with a TFT panel based on oxide thin film transistor, providing a uniform brightness. The device will use highly efficient LEDs and organic passivation to improve image quality and reduce power consumption.