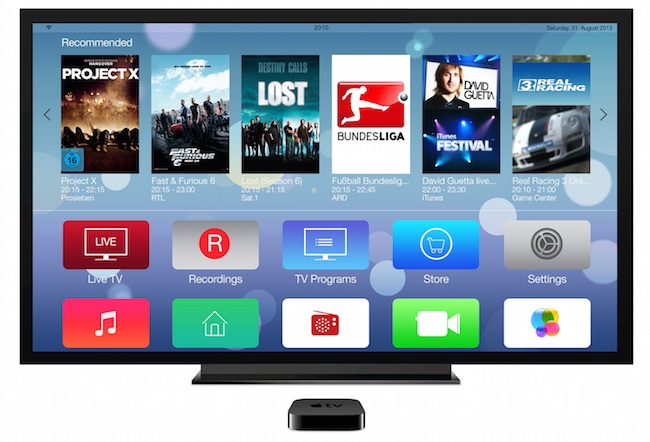 Apple claims that sales of Apple TV 4th generation will begin this month. Despite such a speedy release, the manufacturer is still working on its software component. Currently the company’s programmers are working on the integration in universal search tvOS for all applications.

In his recent interview with Buzzfeed publisher Tim cook admitted that Apple plans to open access for all developers to search API consoles.

“I think that many of our partners will be interested in this. Besides universal search will be very convenient for users,” said cook.

Currently Apple TV is designed to work with search five streaming services. Among them are Netflix, HBO, Hulu, Showtime, iTunes. It is expected that soon third-party developers “catch up” and this relatively short list will be significantly expanded. Next will be the addition of sync with YouTube, Crackle, Watch ABC, and PBS.

Google, for example, have long encourages everybody to use the API of the platform Android TV. It was rumored that Amazon is going to follow the example of the Internet giant, open code access, Fire TV. Little known to the inhabitants of the countries of the CIS service Roku successfully support about 20 streaming services.

Tim cook, commenting on the desire of Apple to the extended cooperation, stated the following:

“Smart search in the Apple TV will allow users to not only find the right film or the application, but also to distinguish between paid content and free. Our advantage over competitors is the voice management console. Thanks to the remote control with built-in microphone, Siri will hear you and will certainly help”.

Currently the artificial intelligence of Siri assistant at times superior to competitor’s developments. However, the benefits of communicating with the owners of consoles will be able to feel only when Apple implemented a truly cross-platform search. Let’s hope that this will happen very soon.