Apple was ahead of ASUS, D-Link and TP-Link to the producers of wireless routers

Apple is a leader not only by the number of produced electronics, but also for its quality. This is evidenced by the results of a recent study by J. D. Power and Associates, in which routers brand the “Apple” brand has taken a leading position. 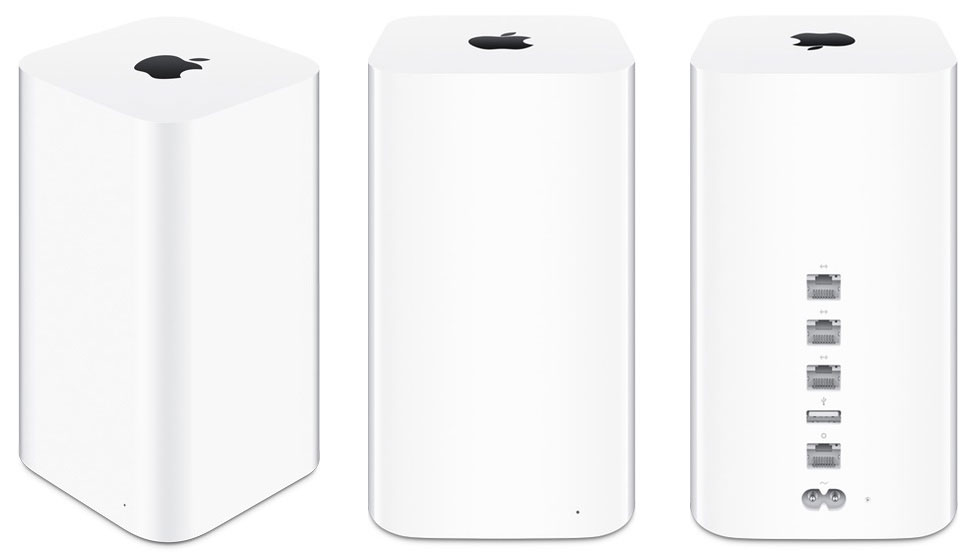 In late November, Bloomberg reported that Apple has closed the Department on the development of wireless routers AirPort. The company will no longer develop new models of such devices. The decision was taken due to the intentions of Apple to focus on more profitable directions.

Well-known research company J. D. Power decided to conduct a survey to determine the degree of satisfaction among users of routers of different brands. In the ranking compiled by analysts, the products from the AirPort confidently lead with 876 points, while market leaders D-Link, ASUS, TP-Link and Netgear have been left behind.

According to the survey, in second place in the ranking is ASUS with a score of 860 points, the third – D-Link, which has earned 856 points. The average level of satisfaction amounted to 847 points. Fourth place is TP-Link with 854 points at the fifth, sixth and seventh positions are Netgear, Belkin and Linksys. 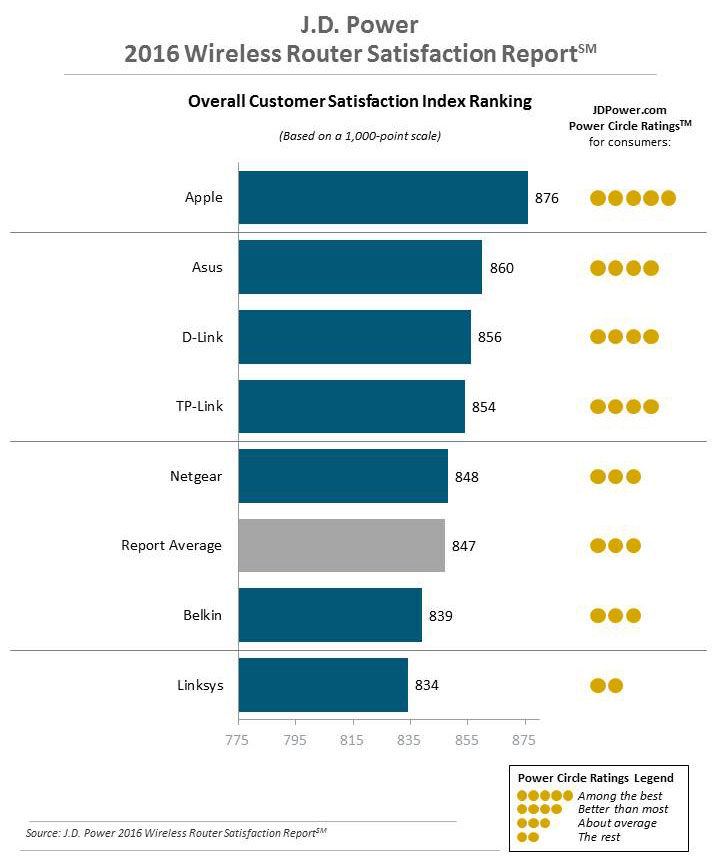 In order of importance key factors for users of routers were: the range of Wi-Fi, reliability, speed, ease of reconnection, safety, price, ease of use, additional features, interface and service.

Note that Apple did not upgrade its base stations in 2013. Currently the company produces three models: AirPort Express, AirPort Extreme, and AirPort Time Capsule. In Russia, the routers are 7 990, 15 and 490 23 990 rubles, respectively.