“As I abandoned the MacBook Pro after purchase iPad Pro”

While many are arguing about if the iPad Pro wide response from the users, the head of Apple Tim cook is confident that the innovative tablet with a diagonal of 12.9 inches will replace laptops and PCs. It has multitasking, there is a package of Office products, Adobe, and lots of different applications. In addition, together with the Apple iPad Pro turns Pencil and graphic tablet, and ready-made workspace for designers and artists. Explorer TDaily said, how convenient for him was the new 9.7 inch iPad Pro so much that he gave up his MacBook Pro. 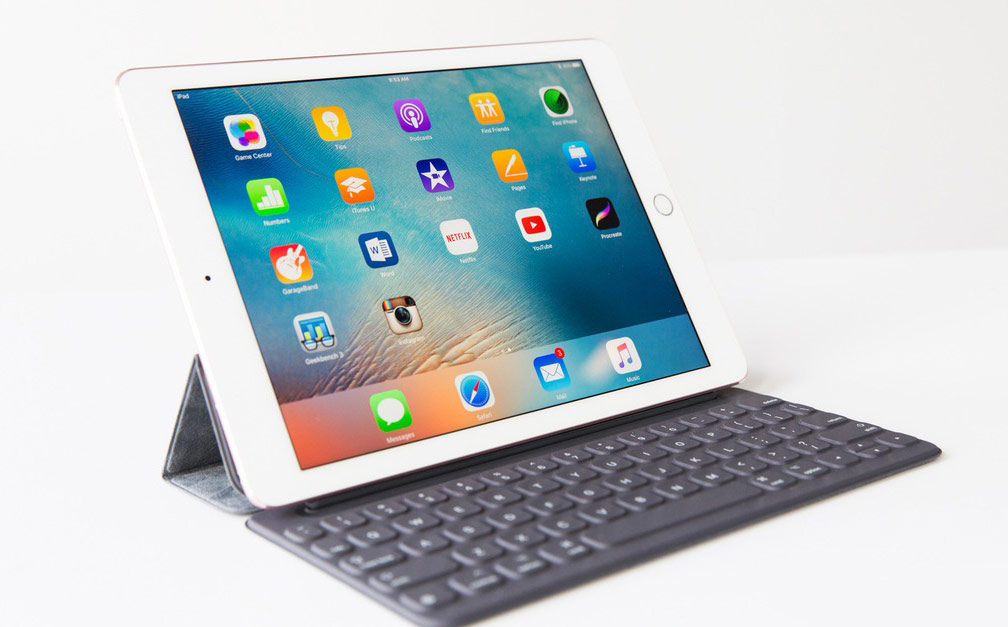 Apple, it seems, not without reason have not released new MacBook airs in the future, they will have to replace the iPad, and, in fact, these iPad is already here: 12-inch Pro is too niche solution due to its size, but the 9.7 inch is the most successful in the sense of its portability. And when he appeared, I never took the laptop out of the house.

The laptop (13-inch MacBook Pro) used to be constantly jumping from the table into the backpack and in two years such a nomadic life has seen a lot. After another jammed from hitting the corner I decided to drag him along with me as little as possible, especially since the alternative was invented with me for a long time: mad for $ 70 I bought a Bluetooth adapter that allows you to wirelessly connect any keyboard (even USB, though PS/2) to any mobile device: even though the tablet and even smartphone. The keyboard can be to carry (even rolled, though collapsible, though an ordinary without a digital block), and can be taken where there is some alien computer. In General, it turned out convenient and versatile. 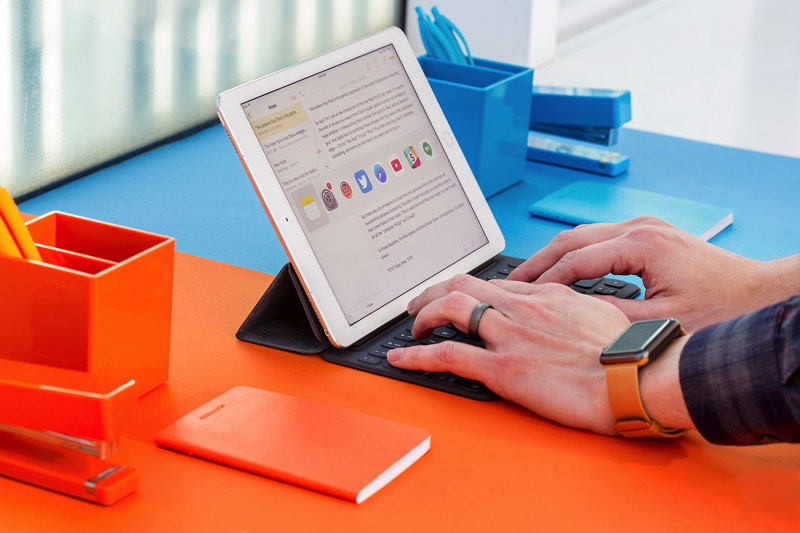 In iPad Pro the same concept, only the keyboard is built right into the cap cover and is also a stand. The most important thing is that for convenience this keyboard with all its subtleties is not inferior to keyboard laptop and it is quite comfortable enough to write even long texts. The truth is, Russian letters on it, but I know how to touch-type (in fact in our day everyone can touch-type, now it does not have to complete courses of typists). Moreover, the selectable layout “Russian-PC” (this is where the period and comma are typed without Shift), to switch the language that highlights a particular key.

The only drawback of the concept in comparison with a laptop is the lack of adjustment of the angle of the display. That is, to work with the keyboard only and if you like to write something, lying on the couch, it may be easier to use soft keys. However, on the sofa, tablet in any case the laptop.

The second key feature of iPad Pro is stylus support Apple Pencil. Of course, who would not say, led plastic tip on the glass of the screen is not the same as a pencil and paper. It is, of course, tracks and tilt, and the amount of pressure, but the friction of the paper there is a certain feedback. 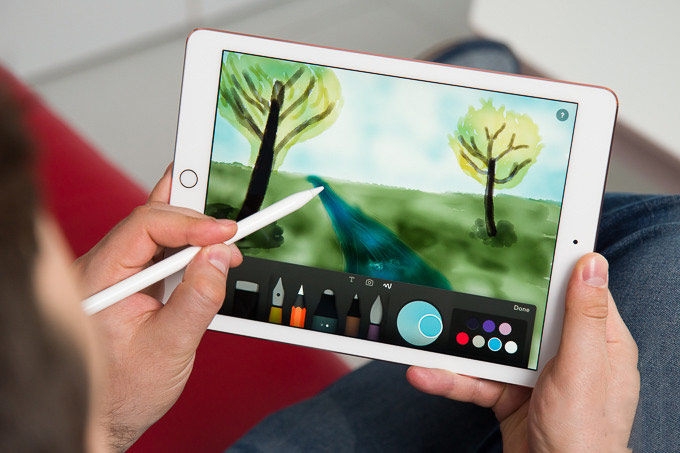 I do not know how professional artists, but to draw all sorts of marks on maps and charts, and presentations — the sweetest thing, and simple pictures are perfectly good. You can do handwritten notes, however, the handwriting recognition will only work in third-party paid apps. However, no improvements of the iOS interface for use with a stylus not – well, that is not, for example, to take and to allocate an object on the screen to take a screenshot, and so on; it just works in compatible applications and incompatible equivalent to the finger.

The main problem for Apple Pencil – that it is nowhere to store them; in body and in the signature covers any attachment not provided, where they want – and there wear. But I solved the charging problem by removing the cap, you will see a connector that is inserted directly into the Lightning port of your tablet and the internal battery is charged very quickly. Connector fit iPad Pro even if you have in the case. 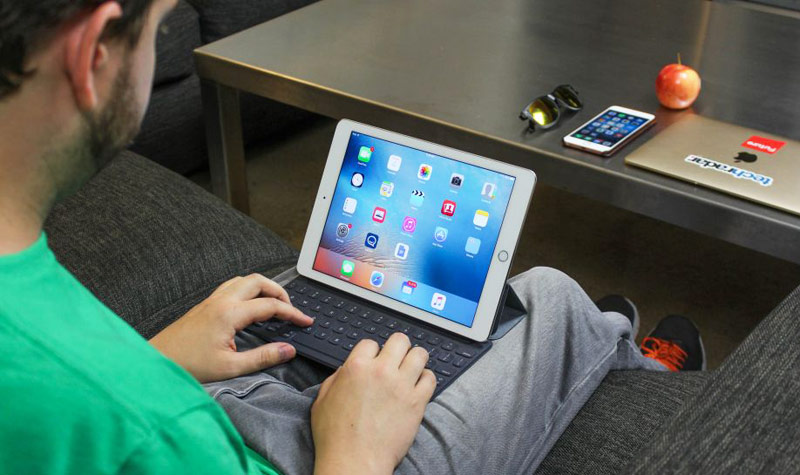 The third key feature of iPad Pro is the same camera as the iPhone 6s. Earlier in the tablets put the modules easier: well, really, who would be taking pictures on a tablet? However, this has a double meaning. First, if you write text for publication on the site, conveniently using the same device to fill in the content management system, that is, to take pictures on the tablet and not take a camera with you. Secondly, third-party image editors for the iPad Pro allows you, for example, using the camera to capture the texture of a real object and then use it for drawing.

Parallel operation of two applications in neighbouring Windows, a more powerful processor – the little things, but the four speakers in the corners is cool. No matter how you holding the tablet, will always get a high quality powerful stereo sound, so watch the video on the iPad Pro are really great. In fact, the lack of a tablet is only one screen that suspiciously quickly covered with fingerprints, which are very conspicuous: on Air 2, this was not. So the rag is all we have. And now the laptop goes with me only on long trips.