In may 2011 the Federal office of civil aviation first U.S. issued Alaska Airlines permission to use the iPad in flight. Later approval for its pilots also received American Airlines. Since then, many airlines fully switched to the use of the iPad. British Airways now has 17,000 Apple that have 40 specially developed applications responsible for all operations, from registration of passengers on the flight before take-off aircraft. 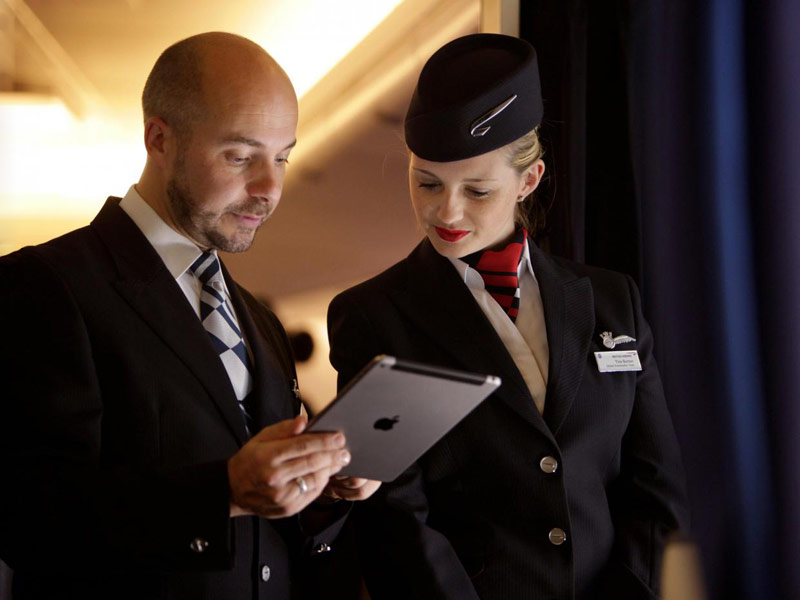 To get to the briefing of the crew members, where the pilots and flight attendants discuss the details of the voyage, must undergo a complete inspection and to wear special shoes with metal toe (for safety). On Board is already a lot of iPads. One of the pilots, captain Spencer Norton, says: “Previously I had to carry two huge piles of instructions and diagrams, and now in my iPad there is generally all the schemes in the world. Further we plan to connect the iPad directly to the aircraft, which will allow us to obtain the necessary data in real time”.

In many respects the new system of British Airways, using the iPad is designed to prevent or minimize the delay, which is strictly monitored by the airline: if the time allotted for the landing and embarkation of passengers and baggage is exceeded at least for three minutes about this report to senior Manager. Before the cabin crew staff member was supposed to bring the necessary drawings in hard copy and to run from office to ship long distances. It’s happening now in electronic form. Due to the fact that there is no more need to cook up a bunch of instructions and diagrams, printed lists of passengers, saving considerable time and significantly reduces the fuel consumption by one ton of fuel on a long-haul flight. Previously, only one set of instructions weighed 25 kg.

The crew has access to the application Passenger Information List (“passenger Information”), which contains detailed information on passengers and flights. Thus, the senior steward knows the number of passengers registered for the flight, weather at the point of stay, the possibility of turbulence and even a time when this can happen. The Seating plan (which can appear as nasal and tail parts of the aircraft, depending on user preferences) shows where seats are still available. A senior flight attendant Sally Kennedy explains: “I open the Seating plan to see whether there are any empty seats that could be used, for example, to accommodate passengers with disabilities. iPad helps me to think things through in advance, not to solve problems on the go”. 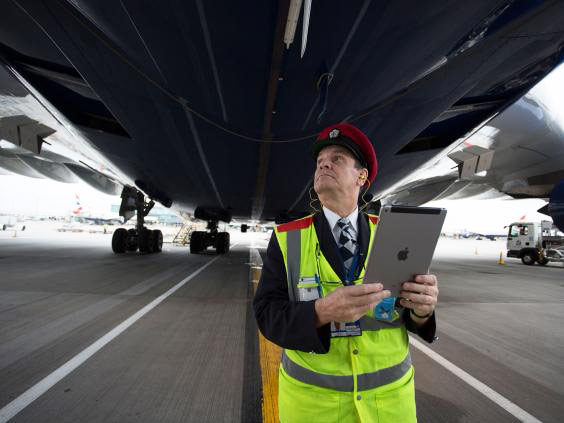 Crew members are now able to inform about delays. Captain Norton says: “If the flight is delayed and the passenger is not in time for transplant, we can book a ticket for another flight, and by the time the plane lands, everything will be ready.”

iPad is used not only on Board. The ground service staff, who monitors the flight, uses them to exchange information. Fixed the start time of loading, time of installation wheel chock, the duration of the installation of the telescopic ladder, the time needed for passengers to leave the ship, etc. While passengers disembark from the nose of the aircraft, the cleaners at the right moment receives the signal about the ability to climb through the entrance, located in the tail to do its work in minutes. 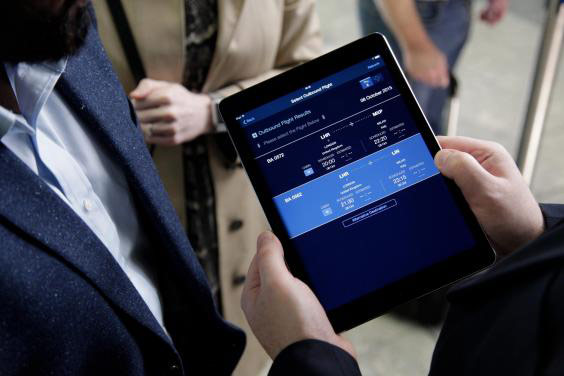 Throughout the entire process British Airways will use a specially created iPad apps for specific tasks. Initially the goal was to replace the paper, starting with the passenger list. With each subsequent application function was added, which brought the airline to achieve this goal. Now all the information required for all airport employees, from cabin crew and ground crew to service employees working with customers, is stored in the iPad and is constantly updated.

For example, an application for registration of Flight passengers React allows employees of the airport in case of flight cancellation to quickly arrange re-registration: instead of passengers as usual defended the queue at one counter, the staff using the iPad, simply transfer all the information to a new flight, with full details for each passenger. This helps save time that until now has been impossible.

“We can use the app to check so as not to force passengers to go to a special counter, we are unable to rebook, re-buy them tickets and register for the flight. We can even use the iPad’s camera to take a picture of your baggage tag to make sure that the passenger and his Luggage are flying on the same plane,” – says the employee of British Airways. A senior flight attendant Sally Kennedy adds: “I can’t imagine how we would now cope without an iPad – he does a lot of work”.