British actor Benedict Cumberbatch (“Sherlock”, “Doctor strange”) starred in the movie Saturday Night Live that parodies the legendary Apple “1984”. Broadcast on November 5, the star played in the skit, demonstrating nonstandard use of the toilet the fictional, designed to change the world. 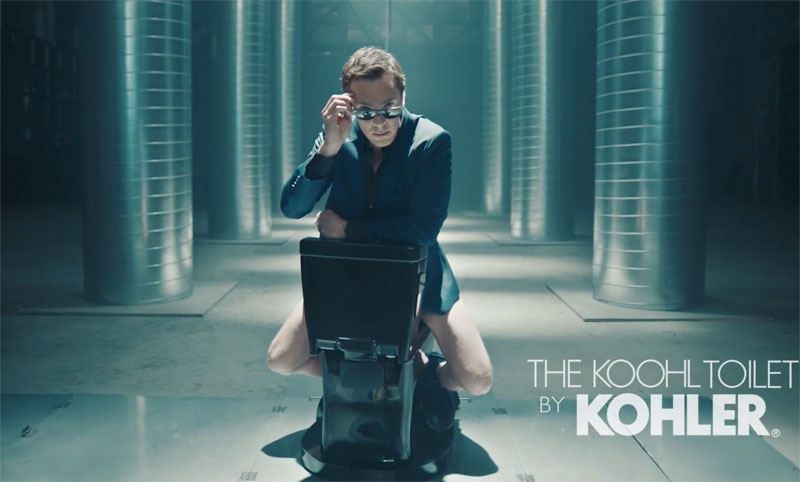 The video script was borrowed from the famous Apple advertising clip, which was engaged in directing Ridley Scott. However, instead of the “Mac” actor advertises a sanitary appliance. Video styled on the George Orwell’s novel “1984”, is set in a dystopia where Big Brother says from the screen on the harmonization of the toilets. Listen to the people on the subject of plumbing.

“There is only one proven way to seat on the toilet. It was designed to help you look and feel stupid. So it was and always will be,” says Big Brother.

The room appears Cumberbatch, who breaks a hammer big box. It is a black bowl, whose functionality is demonstrated by the actor is not quite standard way. Big Brother is shouting about the impossibility of “steepness” of this process disappears from the screen. Goodbye star ignites a match and disappears into the pillar of light.

The original is in the Apple bursts in the girl and launches a hammer into the screen. The video ends with the phrase: “on January 24th, Apple Computers will introduce Macintosh. And you’ll see why 1984 will not be like “1984” — TV commercial plays with the plot of the dystopian novel by George Orwell.