Code voice messages. How to send friends voice and not to provoke anger

Paul Gorodnitsky – the ethics of audio messages by messengers.

All, absolutely all of the messengers has already appeared magic button with microphone. Click, record, send – it would seem that the whole mechanism. But, oddly enough, it’s much more difficult: someone voice annoying, someone fundamentally does not send, and someone from harm is not listening.

To not be labeled a bastard, which is always sending all their poor audio, remember the five simple rules.

All of them – below.

To find out how convenient it is to listen

The man who will fly the voice, can be in transport at the meeting in the crowd, or any other place where listening to a voice message just uncomfortable. So before you turn on the artistry and recording of the fiery voice, you need to specify how much the source is willing to communicate that way. Most often this question is answered: “Better text”. So, you will have to type on the keyboard. 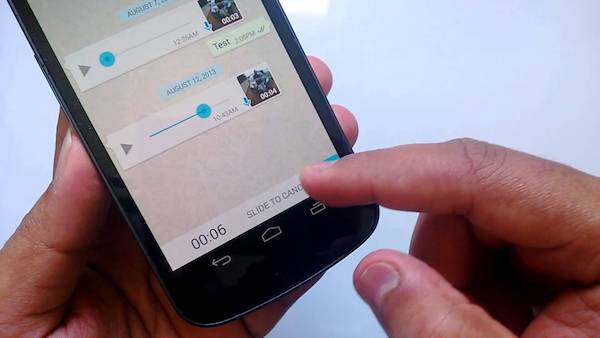 By the way, your friend simply may not know that the voice message plays well through speaker, you just need to attach the phone to your ear. Educate these people, because life hacks are useful.

No messengers except Telegram

Sad news for fans of VK and WhatsApp. There voice run strictly inside the app. Turned – all was lost. It is disrespectful to the people: why the one who flew three-minute voice have 180 seconds to be in the same dialog window? Absolute idiocy.

It remains only brilliant Telegram that is tolerant to any Alt-tab: there voice reproduced as music, that is in the background.

Down with the noisy places

Tougher just put out voice that are sent from a bustling market, preferably in the winter. Wheezing, wind, extraneous voice, shortness of breath – it all falls into the ether.

In the end, have to painfully dismantle the other person’s voice, selflessly plough through the many sound barriers. In order not to screw up, at least sometimes perekusyvaete that is dictated, and do not put your phone in your pocket so that mission is already accomplished. Otherwise, then will be ashamed of his own voice.

Now will be three options in one.

First, follow the timer – try to keep within a minute, maximum two. I know a man who once said 18 minutes is immediately diagnosed “Chronic balaboly”. Remember that everything important can be to convey simple, if you open your brain and sweep away all of the unnecessary details.

Second, ultrashort voice – too bad. In my telegram lying a store of messages consisting of two or three words. “Yeah, I’ll be there”, “Hear you”, “whatever” – here’s a transcript of communications from sloths, which are quite unaccustomed to knocking fingers on the keyboard. In vain: no one is nice to download voice, press play to attach the smartphone to the ear, and then hearing “OK, fine.”

Third, do not try to repeat. People with chronic disease: they convey the idea for 15-20 seconds, I think that I would have something to say, and repeat your same argument but in slightly different words. And sometimes the same – it’s all dark. Don’t do it.

For example, in the messenger arrives on earth for 4 minutes and nothing more. To hear do not want. But if the message text appears in the spirit of “here a little, Chatted about the new iPhone – here are my thoughts”, would make sense to touch on the key play. To announce the long Voici short review – a very good tone and respect to the interlocutor.

What a cool voice?

Audio messages help to work on it. At least enough sometimes to listen to yourself, to pump the rhetoric to a decent level: for example, to remove acanya, pause, words-parasites, resounding accumulation of air in the lungs and other verbal slag. Therefore, voice uniquely useful – do not neglect them, and perceive as elegant tool for storytelling. Success.

Subscribe to the channel “the Executioner Says,” Telegram – there are a lot of stories about gadgets, media, and other resonant topics