Google has released an application for migration on Pixel 2

In preparation for the autumn release branded smartphones, Google has introduced a new app to transfer data from Android and iPhone on the upcoming device. Likely, the app will be preinstalled in the Pixel 2 and Pixel 2 XL. The news was shared by Android Police.

In the latest versions of Android already has a built-in migration tool with the other Android smartphones. Pixel and Pixel XL have an improved version, allowing to “move” with the iPhone via the supplied adapter Type-C to Type-A. 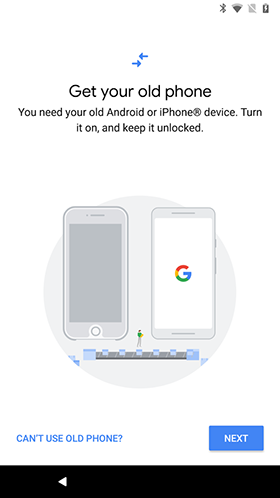 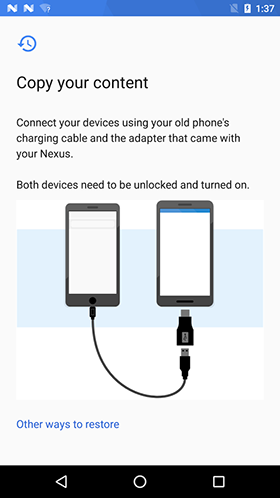 In the first screenshot of the app presents a screen that prompts you to take the old device and prepare it for data transmission. Left it on the phone similar to the iPhone, and the right smartphone with the Google logo, apparently coinciding with the leakage of the Pixel 2. Soon the image was removed, and in place of the new “Google phone” it’s a device that resembles a Nexus.

It is unknown what other functions has the program. Apparently, it is a system for the future “pixels”, as the description says:

This is a system app will be automatically installed to your phone. Please do not install it again.