May 31, a group of hackers from Greece GSmagic Team announced the development of jailbreak for iOS 9.3.3. The team showed a video on a jailbroken iPhone 6s and promised to release “soon”.

On the video on YouTube of hackers has shown the vulnerability in iOS 9.3.3, which allows you to perform hacking the operating system. In the video description, the authors asked to be patient while preparing to release a publicly available version of iOS 9.3.3. GSMagic Team was going to release a program soon. “Days or weeks but not months”, – noted in the message of hackers.

Then a known hacker named Luca Todesco announcement from GSmagic Team “fake”. This team of hackers said that it will release the exploit to install Cydia by 10 June, or bloom. The developers have asked their subscribers to be patient and not to criticize Todesco.

Today in the microblog GSMagic Team appeared the following message: “We stop all our attempts. We have failed”. A group of hackers has not coped with the task of preparing the exploit and decided to cease to exist.

“No apologies. We tried hard but failed attempts to meet the target date. We will not be able to release a stable release. We forever dissolve the project for the development of jailbreak for iOS. All accounts (Twitter, YouTube… ) cease to exist after within two days.”

Earlier this week Apple released an update iOS beta 2 9.3.3. In the new Assembly was closed the vulnerability, which Todesco used for hacking iOS 9.3.2 and 9.3.3 iOS beta 1. 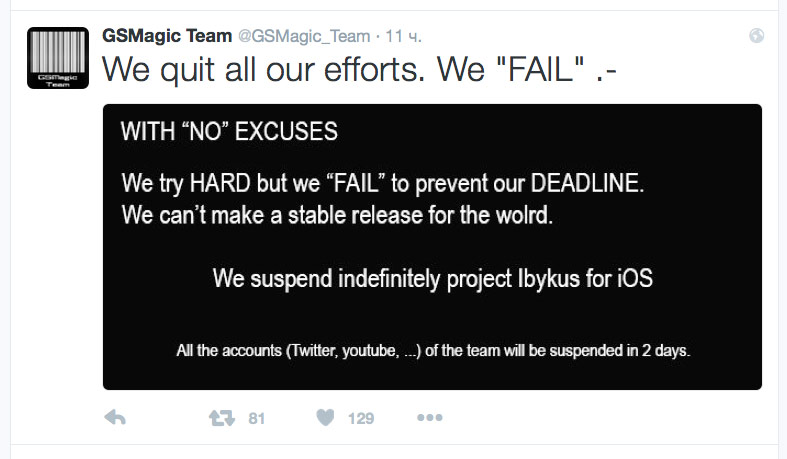 According to the expert Kingsley-Hughes, we can talk about the near death of jailbreaking. The iOS ecosystem is already sufficiently formed, and Apple devices are extremely popular. This leads to the fact that detect vulnerabilities that are required for the procedure of jailbreaking is getting harder. And report them free of charge simply does not make sense. 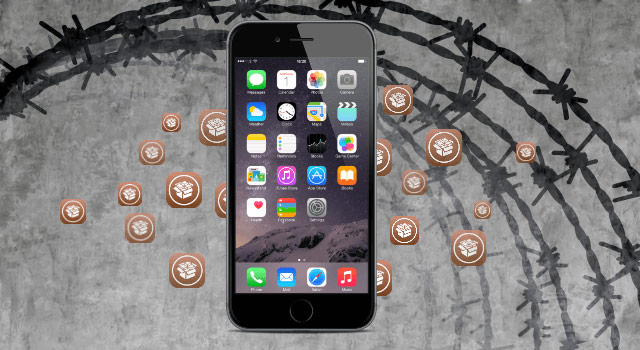 The “white” hackers, finding vulnerabilities, inform about it to Apple, which promptly releases a patch, eliminating the problem. “Black” – try to use the vulnerability to cyber attacks. But in fact, and in another case the hackers are getting for their opening serious money. Community of fans of jailbreak that possibility does not provide. For obvious economic reasons qualified researchers are no longer interested in maintaining traditions.