Happy Glass: a great game for development of logic

In a world where the likes of users from one year to win the arcade, it is very difficult to create an unusual puzzle. Developers Lion Studios did it. Understand why play Happy Glass is much harder than it looks. 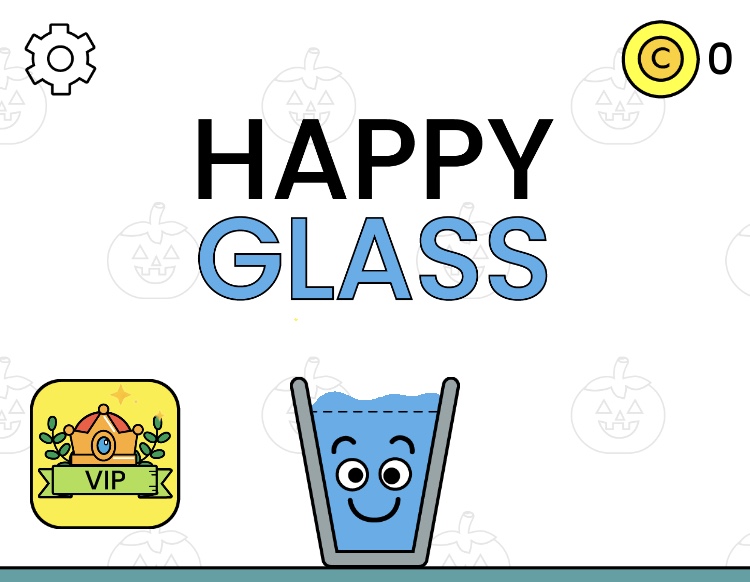 Gameplay Happy Glass is very simple: the player virtual pen will draw lines by swiping the screen with your finger. They need to water that will flow out of the button with a downward arrow indicating the direction, hit the glass and filled it to the horizontal level — that is the goal of the game. 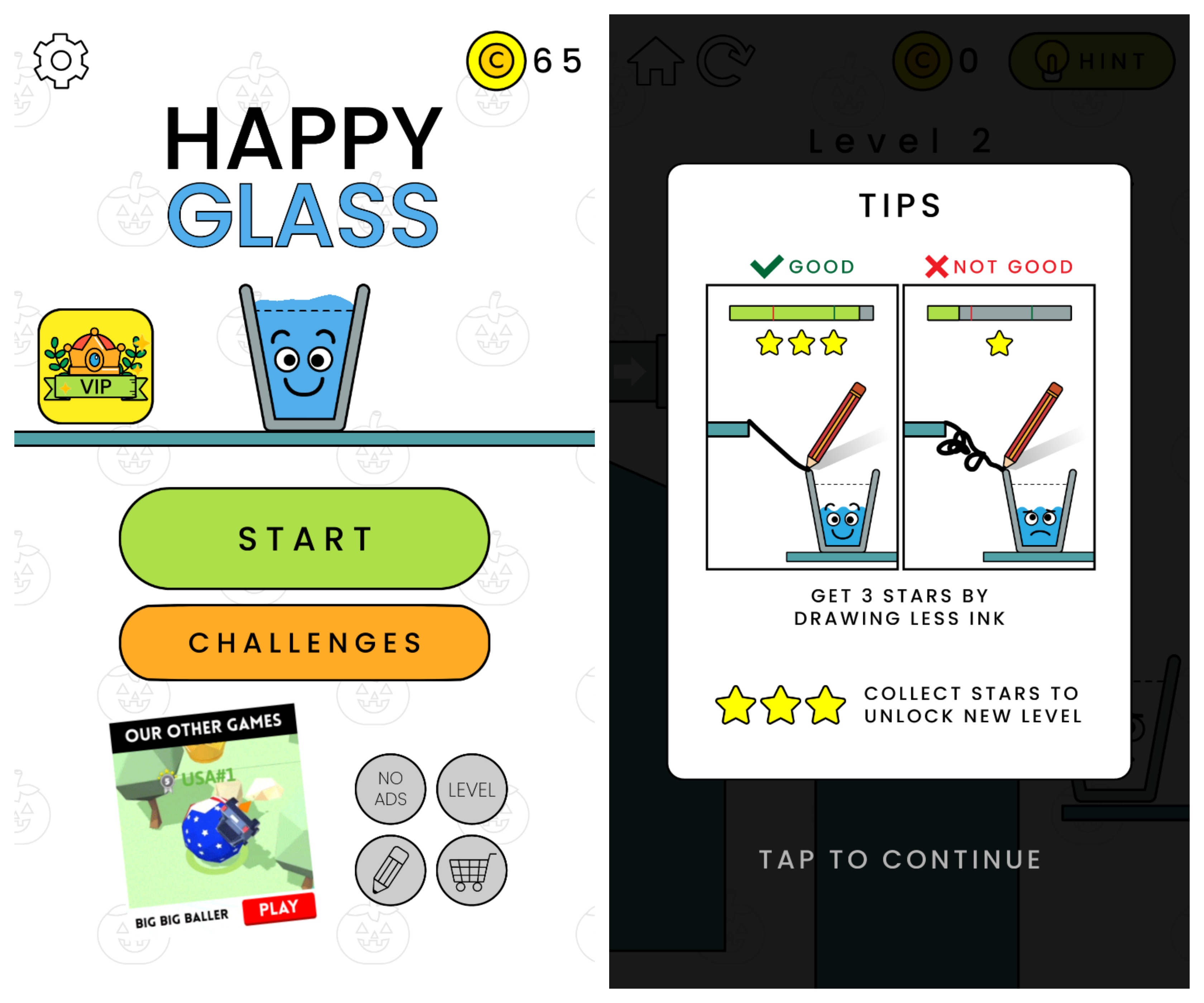 Here is an example on the simplest levels, Happy Glass. It is obvious that if the strips on the first and the second columns not to conduct a rescue connection, the water just spilled into the abyss, which can not be tolerated. So, the player needs to draw the line, and the goal will be met. It is important to remember that it is not necessary to draw lots: the more spent of the pencil, the less fullness indicator at the top, and, consequently, a chance at the end to completing the three stars. 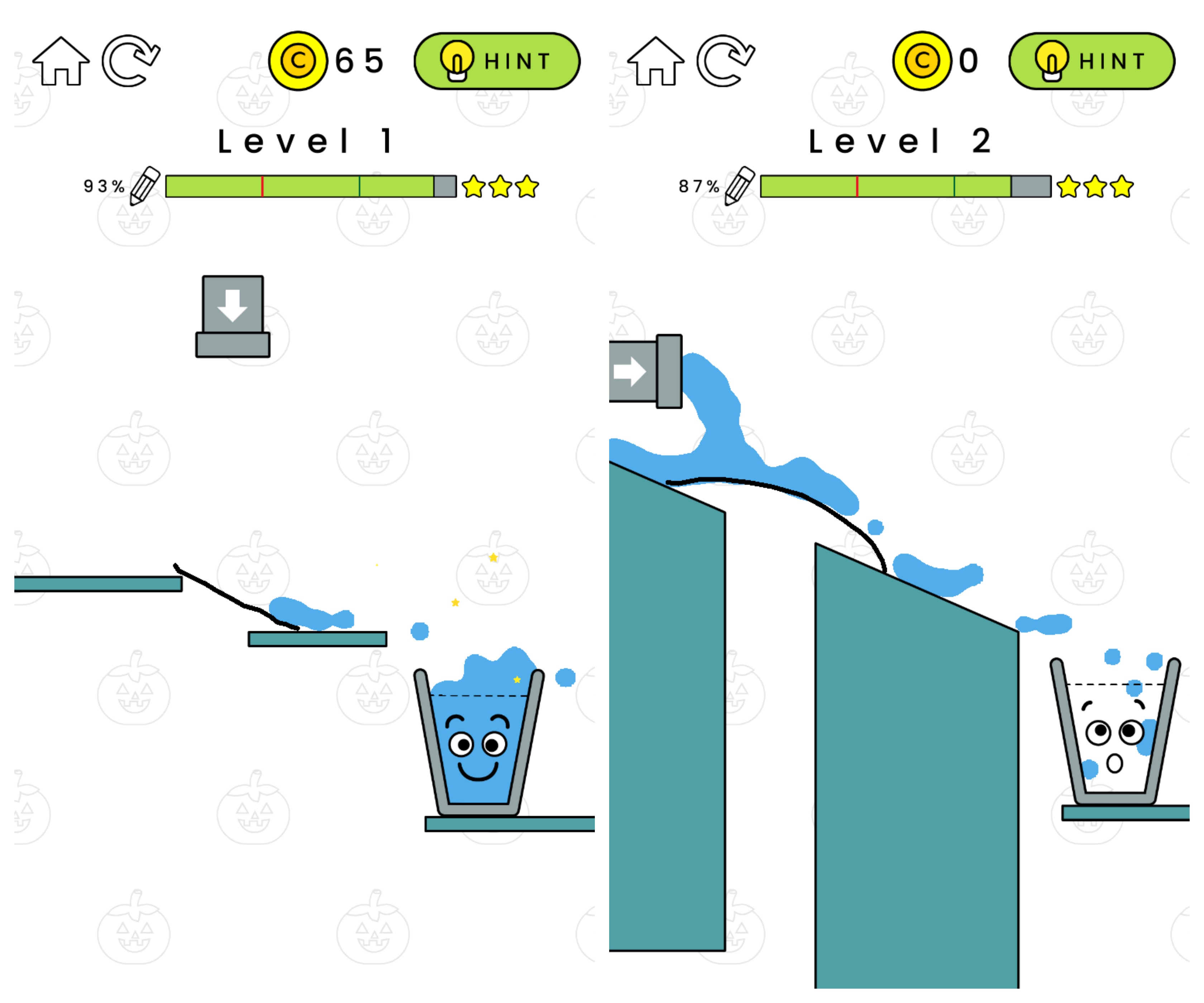 The levels become more complicated rather quickly. For example, for the sixth difficulty: the glass is flipped, and it has not been possible to fill. In this case, you can click on the icon in the upper right corner of the screen and then the system with the green dotted line will tell you how to draw and place the line. Tips can be in-game currency — coins which you can earn, for example by watching videos.

Later in the game appear more complicated, and this is the main essence of Happy Glass: in order to pass the level, you need to think, not to produce a set of familiar actions, because the line is drawn and the glass can move and fall, the water — beat in the wrong direction, and the geometric shapes to block her way.

Now the game has 600 levels and even scary to imagine what obstacles the developers have placed there. Judging by the reviews, after four hundred glass you can flip and move to fill at least half.

For those for whom this is not enough, Happy Glass, there are three non-standard game modes. In the first it is necessary to lower the glass down on the red mark, evenly removing the blocks in the second — to flip the Cup so that it stood up on it, and the third to pour a glass of a certain amount of water, so it is not spilled over the edges and don’t hit the red mark.

It should be noted a good clear graphics Happy Glass, nice colors and soft background music, which to many will seem familiar from other games. The application also has a shop where you can change the design of the glass, pencil, and water color. 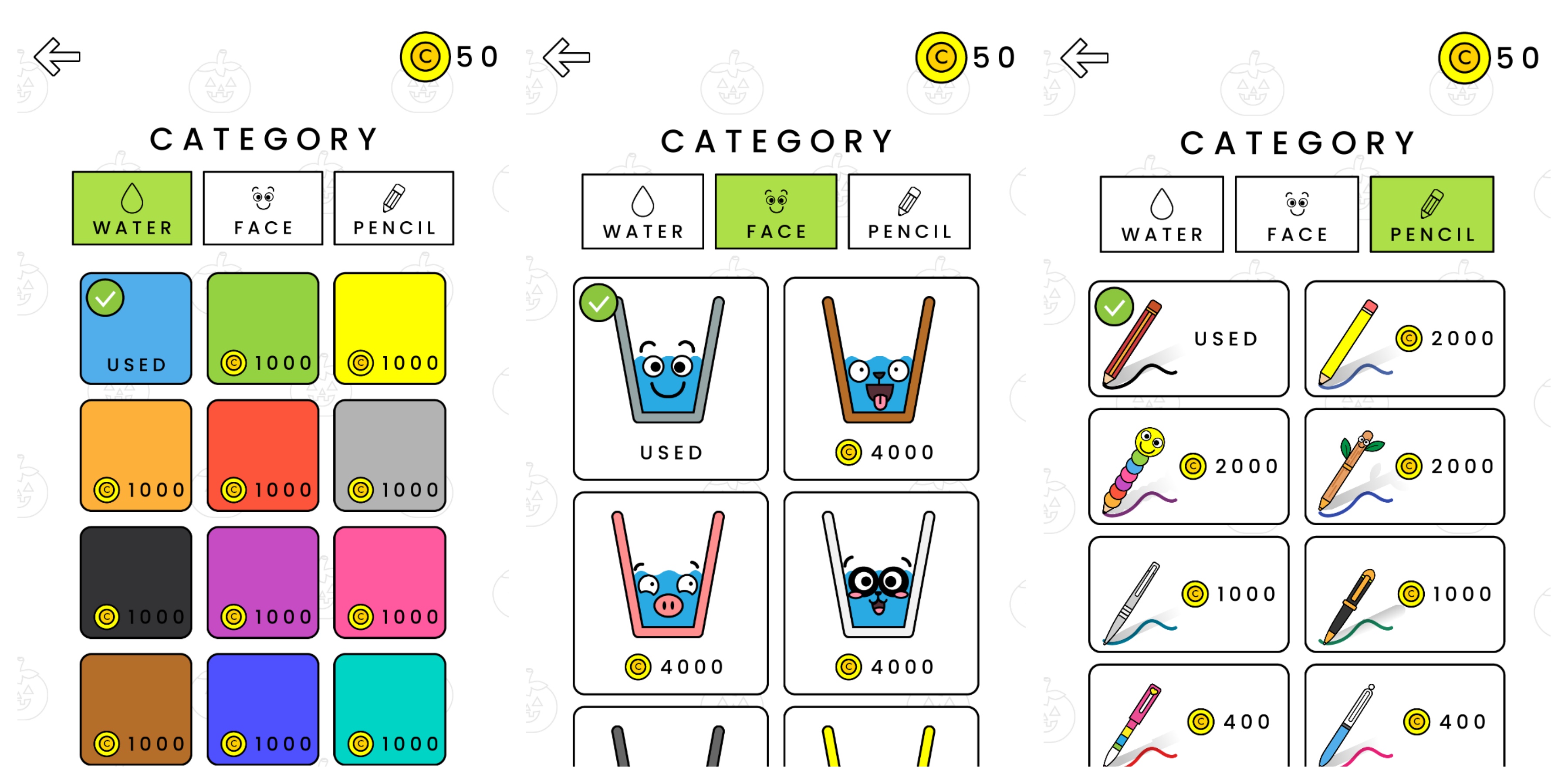 App Store put the game into the category of “Table,” however, in our view, this is not quite true: Happy Glass is a great puzzle game that trains your logic and helps to think outside the box in a variety of situations.

To say Happy Glass from iTunes at this link.