How to steal an Apple, or why everyone is copying Apple

The West has long been legally, there is a science to steal. Yes, in a milder form – to borrow, copy, take as an example. Called – benchmarking. Starts some ideal benchmark, and strive to achieve it. Usually, we study processes that lead to success. Studied and marketing a product, advertising, positioning. 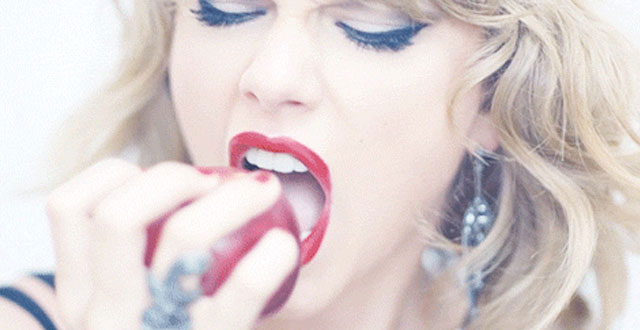 In Sevres, near Paris, is the International Bureau of weights and measures, writes Newstracker. It keeps the international standards of basic units. Here is, for example, the reference meter. When you sold in the market of linoleum, you can come and apply it to the ideal meter to know you cheated or not.

But it just so happened that as a reference meter for mobile producers (and not only) electronics Apple.

Though introduced in 1977 the Apple II (the first commercially available device of this company) have not made a revolution in the PC market, but nevertheless became one of the most successful computers of the time. The fact is that he was like a computer in our current understanding of it – ready office solution, a unit which was suitable for the desktop. All that was before him – it is rather a technique for engineers than a workstation in the current understanding. The Apple II was offered users an integrated keyboard, color graphics, sound, a plastic case, eight expansion slots and two drive. 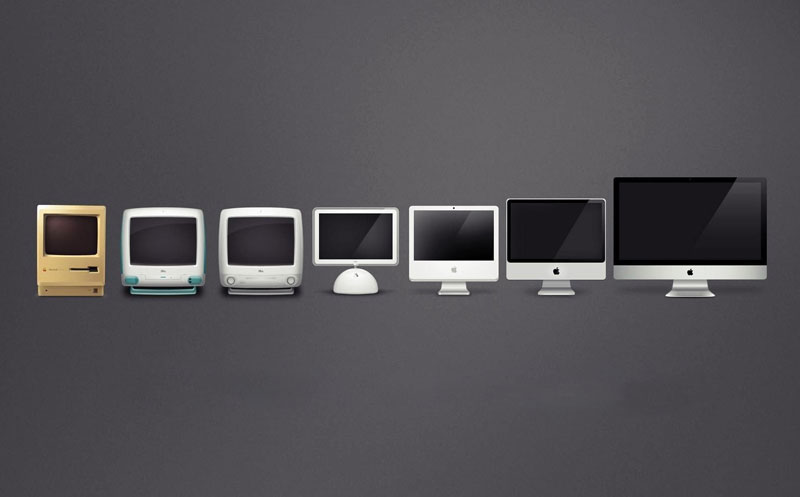 But released in 1984, the Apple Macintosh (the great-grandfather of today’s Mac) made all the same revolution in the PC market. The thing in the GUI that used mode Windows even before Windows. By the way, the idea was borrowed from Xerox, but it was not theft, but trade. Jobs and company made the prototype Xerox Alto in exchange for Apple stock options.

Despite its high price — $2500 (which adjusted for inflation is now about $5,000), sales were very high. This has contributed to a promotional video of a young Ridley Scott “1984”, based on the novel Dzh. Orwell.

In 1985, jobs left Apple. The company continued the development, but without its spiritual leader was not very successful. It came down to the fact that Mac OS 7 was licensed for installation on other computers, in particular Motorola. Jobs returned in 1997 with the NeXT project – the company, which he did at halftime of their work at Apple. Its work formed the basis of the Mac OS 8. And the design of a new computer from Apple offices — the iMac G3 was developed by none other than Jonathan Ive. This British and to this day works as chief designer of Apple and everything that is out in circulation from 1997 to the present day – the work of his hands. By the way, he 2012 manages and iOS, replacing fired former project leader iOS Cattle Forstalla.

Apple computers have always been user-friendly. The best design, convenience and simplicity, the concept – “not to bother” – all this makes them the most customer centric in the market. So why did they not become popular? First, they used and are using still the principle of closed architecture. That is, unlike the IBM PC, in which you can change components on the analogues of all manufacturers, Apple computers or do not upgradelist, or it was done is very limited. Secondly – the price. Apple products were always more expensive. Therefore, these computers were chosen by the people with good incomes and taste. They actually care how their computer looks inside and out. In fact, nothing has changed so far. 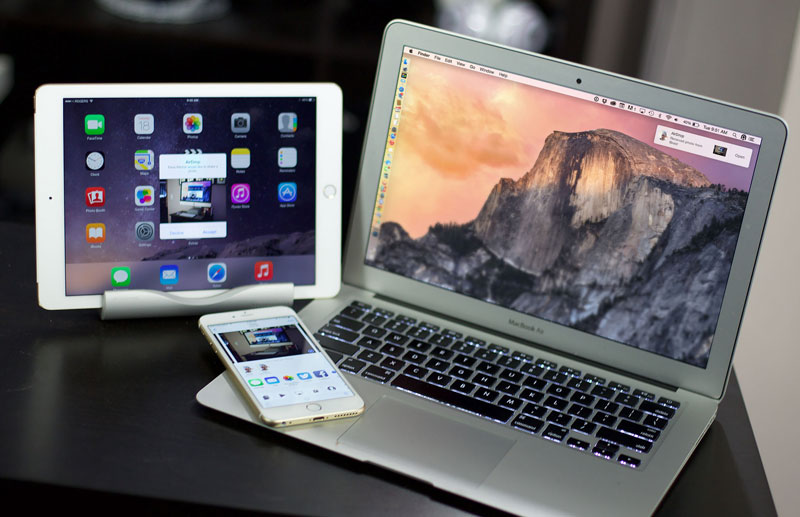 Now in some products and segments Apple is practically unattainable. MacBook best among ultrabooks (and laptops, to be honest), iMac — sample stylish minimalist for serious office MacPro – compact, powerful workstation, MacMini – quiet and powerful nettop in case the size of a book. If not all, many who are in this market want to be like Apple.

But from what moment starts the story of the theft of the great Apple?

2007. Year, when the iPhone was presented. Everything that existed before him was beautiful and original. The design of the devices was very different. In terms of enclosures and form factors, and interfaces. Phones and even smartphones were different colors, sizes, with different displays, different inputs and so on. So why all the phones now look the same?

Because Apple and jobs was true to his idea. To make the devices maximum user-frendly. Convenience, simplicity, reliability. The iPhone has become something that has turned the entire mobile industry. Magic finger interface, body made of quality aluminum and glass, Multi-Touch, icons that I want to lick (as set TK designers jobs). There were shortcomings, who were trying to use the publicity and competitors. But they were not significant, and the buzz from the use of the iPhone leveled them. 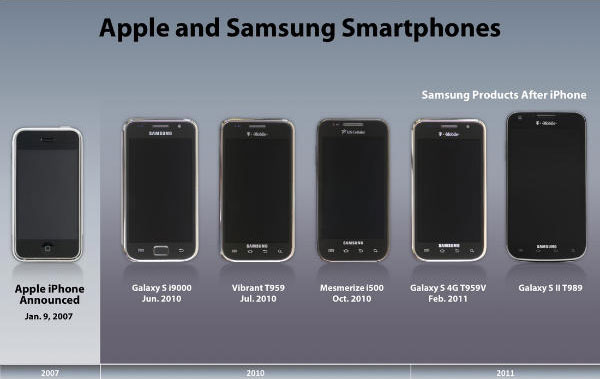 Before iPad, there was no market for tablets. Tablets was and there was no market. And for many years the iPad has become almost the only reference sample has created for itself the market. Attempts the age-old rival Microsoft to promote its Surface tablet at full Windows has not led to significant results that would simply mean failure. The closest competitor is Samsung with Android. And there are still millions of Chinese.

With the Apple Watch, the situation was somewhat different. Knowing that everything to do Apple will be successful, competitors have begun to be proactive. In anticipation of the clock output from Apple (and the rumors about this went a long time), it was deposited huge amount of clever hours of other vendors. But the Apple Watch eventually become the leader in sales and, according to analysts from IDC, by 2019, will take 50% of the market of wearable electronics. But we should not forget about the wonderful product from Pebble – smart watch powered by e-ink technology that allows them to work about 2 weeks without recharging. Sold around the world, several million, and is the most respected geeks watch. Here, too, the secret of success is simple – low price and long work time. However, they are quite beautiful. 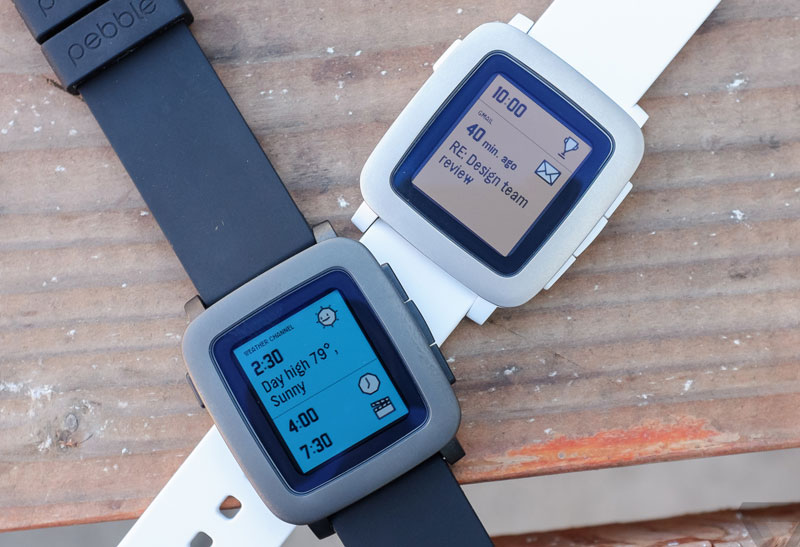 Apple makes wonderful devices and services. She’s all nice and comfortable. She brought aesthetics in the design of computers and interfaces. She has taste and standards. And all this trying to copy. And that’s bad. When you’re little you can’t help it. The child copies the behavior of their parents, the poet writes in the beginning imitative poems, all have idols and guidance. But when you, God forgive me, Samsung you is unforgivable. In this picture everything is clear that is what Apple brought, as evidence in court. Before iPhone and after iPhone. Everything has changed. And everything was the same.

Is it possible to create the design and functionality of the device other than from Apple? . And let’s not tell tales of that what else to do smartphone – not round? IPhone – this is the only evolutionary model, just to her someone came earlier and some later. NOT-GREAT-WDA. You can make an innovative design in a different way and prove it now companies such as Pebble, GoPro, Sony, Jawbone, even Microsoft. Why do we see iranophobia Samsung, LG, HTC, Asus, and behind them catch up with the Chinese, with Huawei, Meizu, 1+, Xiaomi, Lenovo.

I sincerely would like to see the world’s best-known innovative approach to design. New ideas. Brand new. Not rethought the holes on the case and redrawn icons, and ideas that would be taken in a different paradigm. Not hi-tech, like Apple, and organic or crystalline. Competition and progress should not move in the key – who will release the same, and in the difference of ideas and paradigms, the search for their blue ocean. And find it the only one who will not say now: “It’s impossible”.