How to stop worrying and love the 12-inch MacBook

Recently Apple updated 12-inch MacBook. He became more powerful, and this is another reason to look at an unexpected angle on the most interesting and controversial however the laptop company. 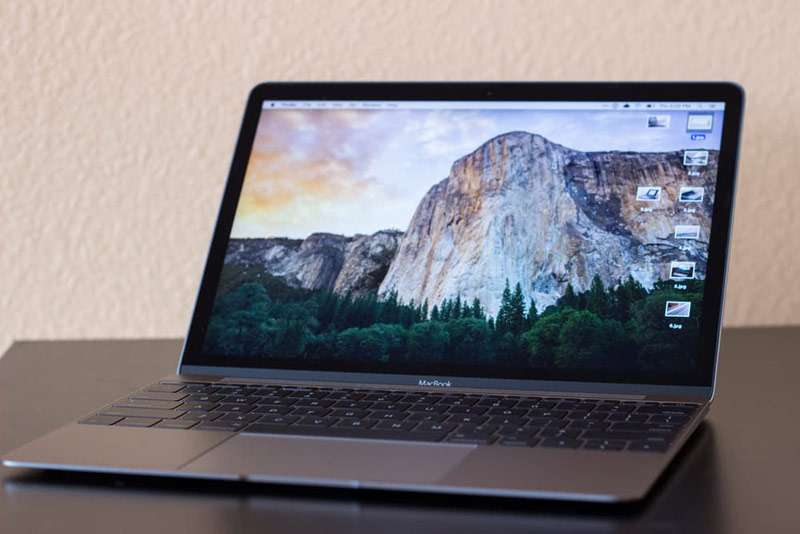 What here: Apple makes damn good laptops, 12 inch “just MacBook” was no exception. Look at him: inconceivably thin and lightweight, terribly beautiful, with a wonderful screen and illuminated full-size keyboard. And now in pink, already can say, not only a laptop but also an accessory. Explorer RBC shared their experiences of the transition to the MacBook, which he decided to give a second chance. 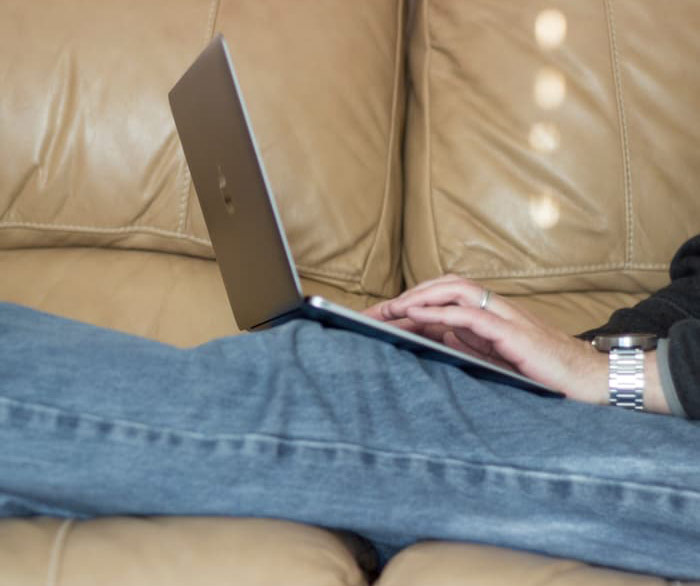 All the shortcomings of the MacBook advantages are derived from: for the beauty of be impractical. Subtle — but with a “puny” processor and heated, lightweight — but with only one port is still not the most popular format USB C. Beautiful, but… and here is the antithesis of this quality had not.

First, a MacBook may seem impressive, expensive toy — but all that will be needed in order to if not fall in love with him, then certainly to feel genuine sympathy — take it with you on a business trip for a couple of days. 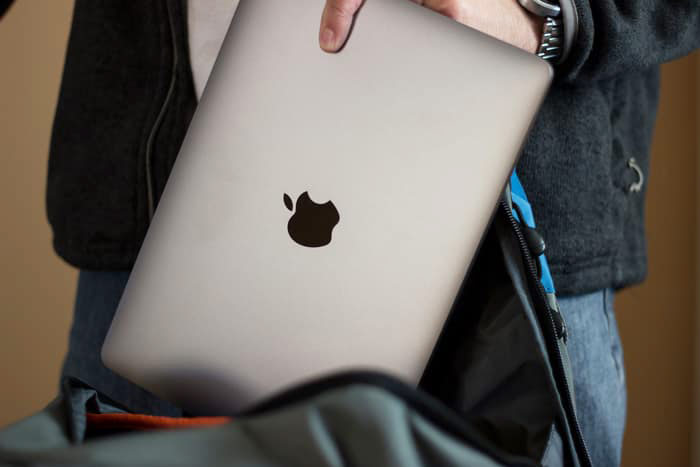 The chief miracle, of course, did not happen, and one USB type-C is still terribly inconvenient. To insert a flash drive, it is necessary, as is sometimes said, “to dance with a tambourine” — to connect the adapter. Like anything — but the thing is that you never know when you need it, and I left it in the room exactly on the day when that “when” has arrived. And all the while I was carrying it in your pocket unnecessarily. Murphy’s law.

And here’s another Murphy’s law has allowed to see on MacBook different. It so happened that about a week before the trip I disappeared backpack — I’m not going to tell you what was in it, otherwise the text will become too dramatic shade. New I not had time to buy (and to be honest — just forgot), so the trip had to go with what was at hand of as it seemed to me, the “not bad”. With a nice little cardboard package. 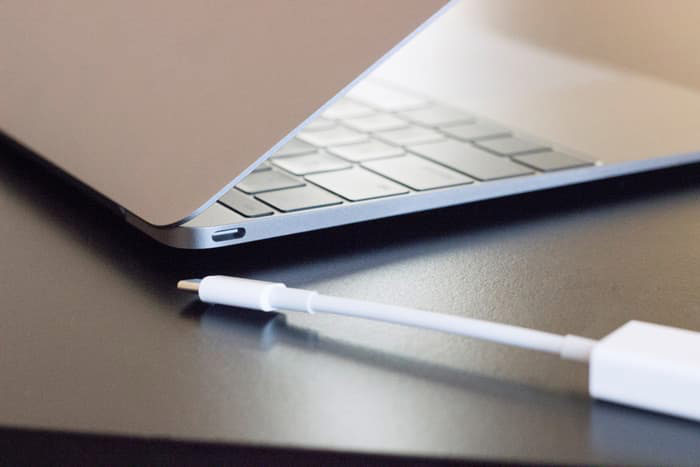 With this package, I did not leave all the total flight time there and back, starting by leaving the house and ending with waiting for the plane. There was a MacBook — I calmly put him in office with things, and generally did not feel any additional weight. I put there much more functional MacBook Pro, would risk to break the cardboard and don’t let jony Ive, to break it down. Why not Air? Did you see his screen? Faded colors, low resolution — but once it boggled the imagination. It is still a good laptop, but its time has gone. At least until Apple updates it.

The rest of the time, when I wasn’t working, I was carrying a MacBook in his hands. It was easy — it weighs almost nothing, and with a bag on my shoulder about it at all, you can forget. In General, away from PCs portability of the new MacBook rejoice particularly strong. 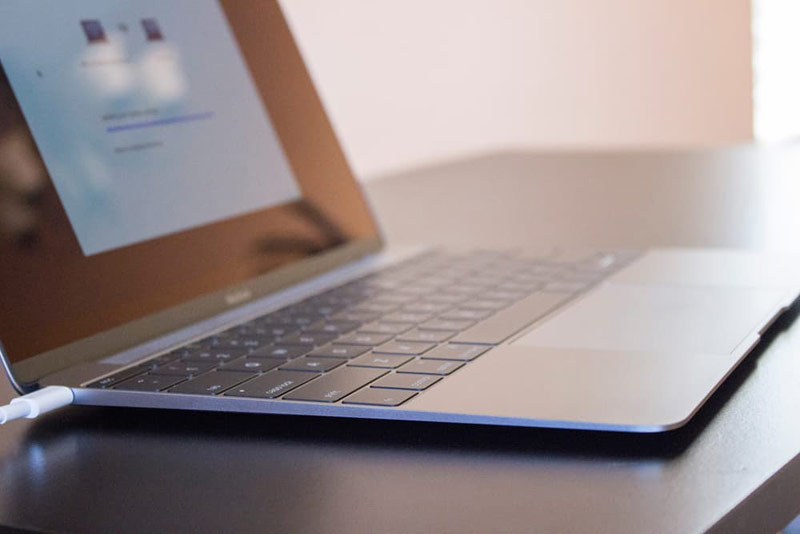 This promotes joy and a very decent battery life. Lives MacBook for a long time, charge its battery always had enough for the day. And since my smartphone is also equipped with a USB type-C, I could charge both devices with the same cord.

But most importantly — for MacBook, I could work in peace. I understand that my range of work tasks are not too wide: browser, Skype Yes, a text editor, and with all this Samsung notebook copes easy. I put the MacBook to a number of serious tasks, run in parallel a dozen of “heavy” programs, and my feelings probably would have been different. But specifically me, the person who used to store all your files in “the cloud”, use the 12-inch MacBook terribly comfortable. And I am sure that representatives of many other professions would have said the same thing. 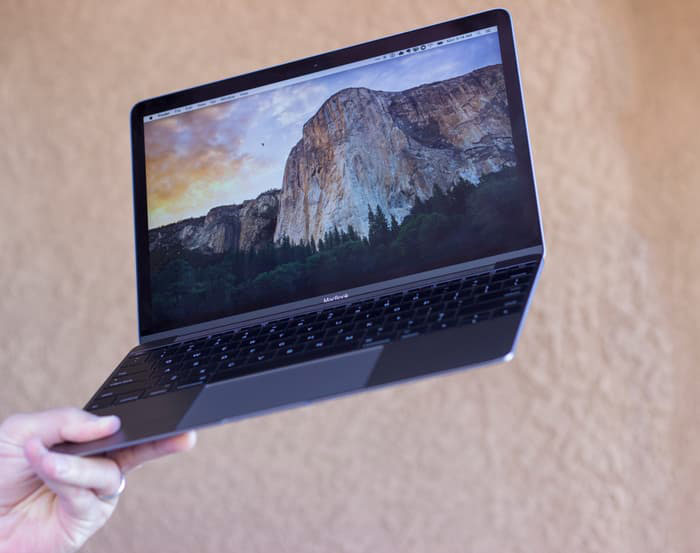 It is difficult to imagine a more convenient tool for remote work. No, I know I have to be in the next MacBook — radio for the SIM card. Then the concept of the device will be brought to perfection: amazing portable laptop, able to go online anytime and almost anywhere. No more Starbucks! And even the only port not a hindrance. And while the old-fashioned way will have to give online from their smartphone.

Those who thought about buying a MacBook now there is a good reason to pay attention to it. Apple introduced the updated model: it is powerful, for one hour longer running on battery (claimed 11 hours instead of 10) and available in the color “rose gold”. Yes, now “pink MacBook” officially exist — Apple detractors can begin to exercise in wit. In many ways, by the way, in vain: the MacBook looks so nice and no matter. Rather, it is more gold than pink, and peacock with it do not feel.

MacBook is not the perfect laptop, not a mandatory purchase, not a revolution and not a new word in technology. But having been in his company at least a couple of days, not to fall in love with him very difficult. And if in that year of love at first sight you did not happen, now is the time to give the MacBook a second chance.