I have everything, do you? 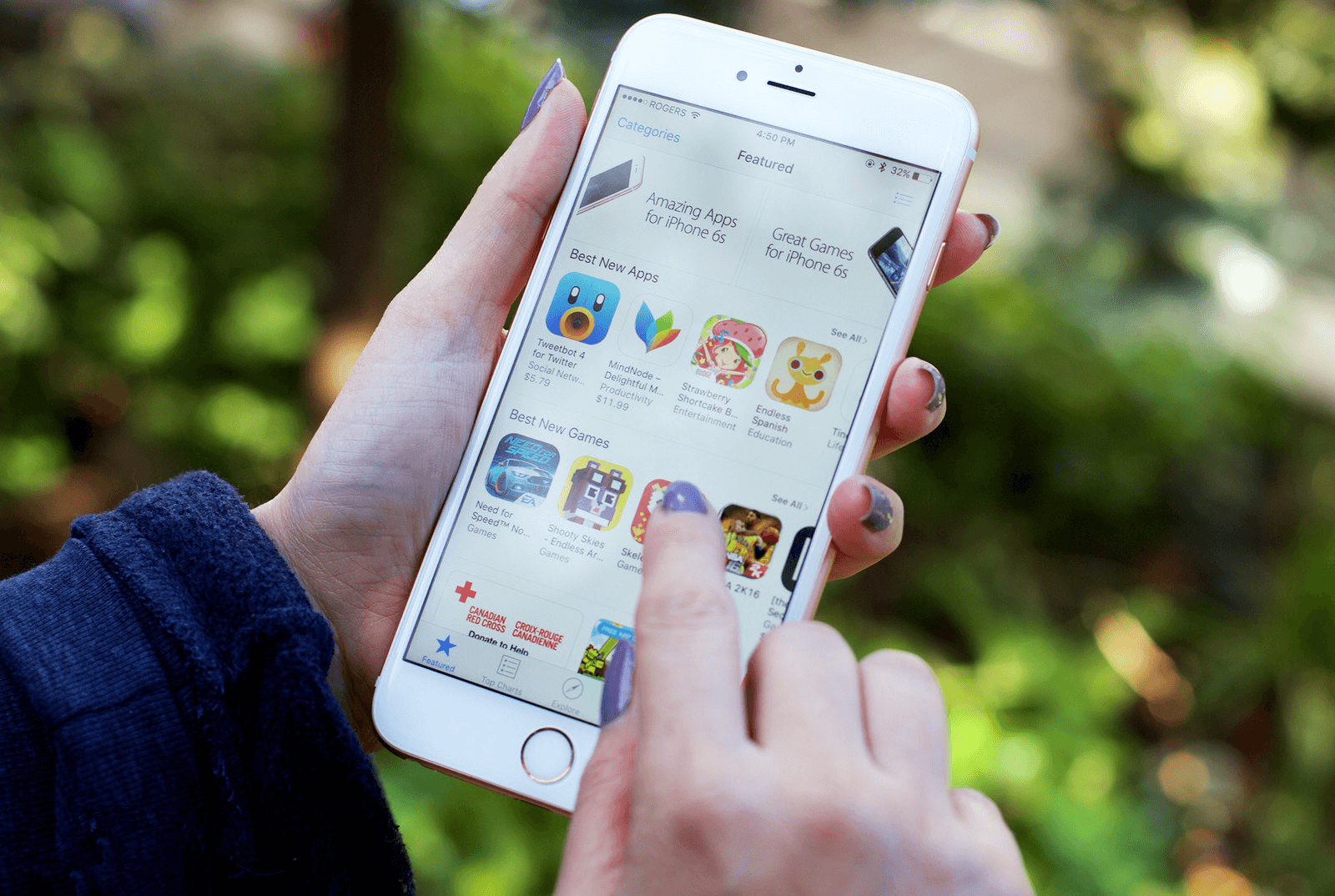 Have you noticed that after some time after purchasing your iPhone practically cease to use the App Store and install new program? Yes, I think so. And this is logical. We score your iPhone the necessary (and unnecessary) applications and with different degrees of frequency they are used. There are a dozen apps that are the key for us, there is a second echelon, which we launch from time to time, and have apps from the category “let them be”. According to my personal observations, this case is applicable to virtually all users of mobile devices from Apple, and it is, in my opinion, a very bad bell.

I started to use the iPhone with the release of the first original version (the one that was aluminum and had no App Store). When a year finally appeared in the app store — it was an explosion of emotions and habitual at that time, scenarios for the use of mobile devices. Daily (or more often), I examined the top charts in the App Store and found many useful things for yourself. Yes it was and no wonder, as the applications were few and large players are expected to enter this market. Over the years, the situation does not change much. New out games, the apps and services for cloud, applications to increase productivity at home or work, and one way or another in each segment of the App Store appeared their leaders. Over time, it became clear, from which to choose, so how genuinely nice and professional solutions for certain types of problems was (and is) probably be counted on the fingers of two hands (and sometimes one).

Try an experiment: take a friend or acquaintance of his iPhone and see what apps he has installed. If you deleted the game (they stay outside, but more on that below), I’m sure you can easily identify at least 80% of the applications only on the icon and will represent what they need. You may disagree with the choice of service and will probably offer one or two alternatives. What it likely will get an answer in the spirit of “I tried, but my app fits me more.” What does this mean? In my opinion, that new applications are almost no places in our lives. There are no new ideas. 99% of the apps in varying degrees, are trying to bring something new to an existing one, but to fight with the heavyweights is how to write (sorry) against the wind. At best you will notice and buy these big companies, but almost always, this app will meet the same fate of oblivion in the annals of the App Store. 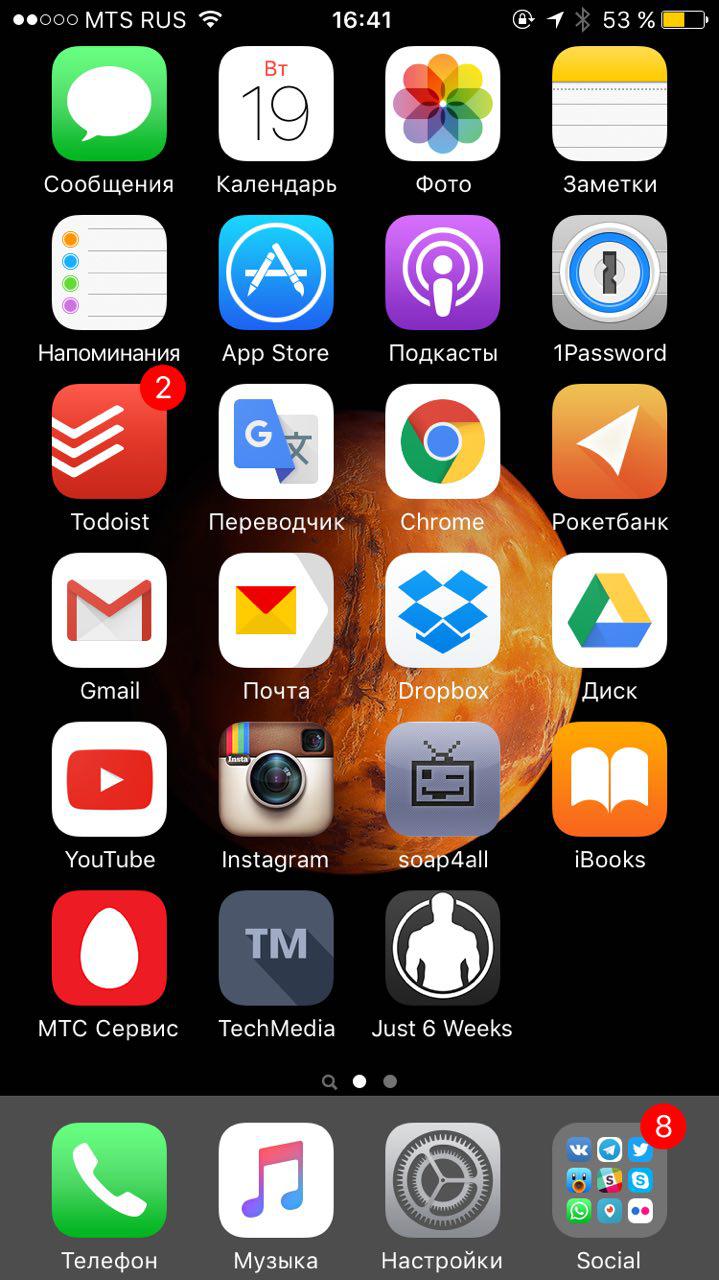 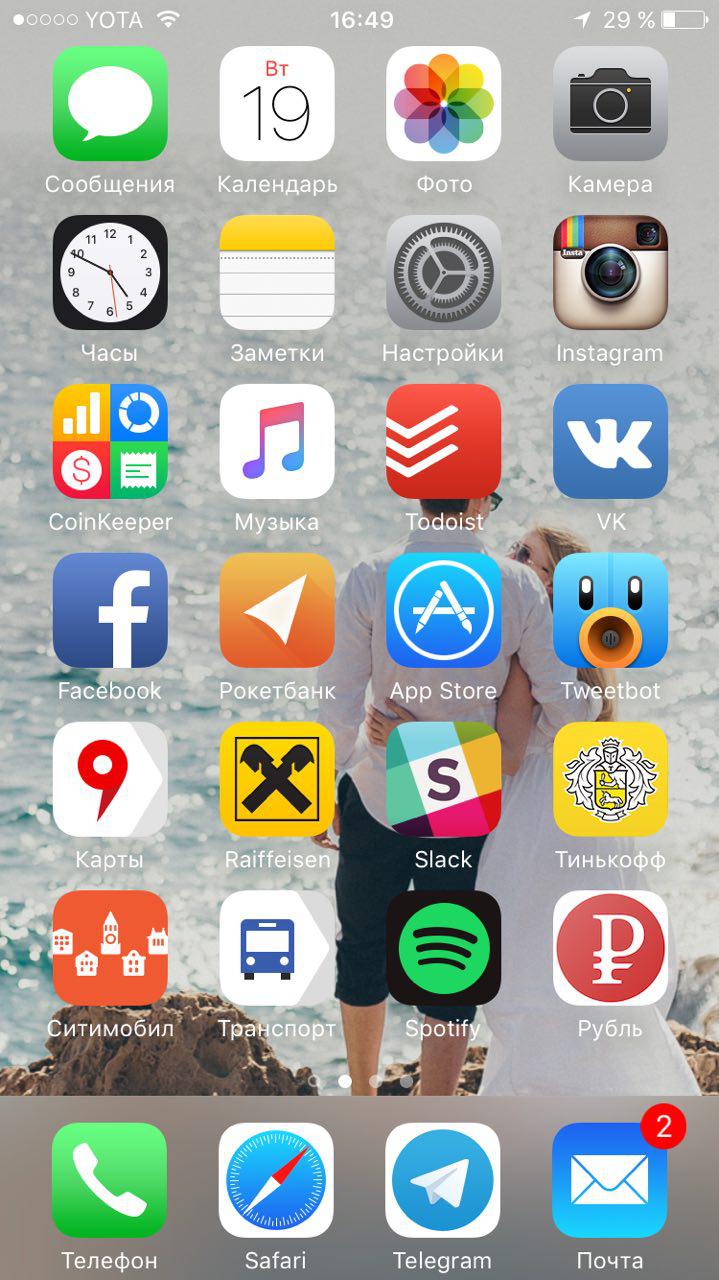 In this situation, the main “bad guy” is Apple themselves. Those who remember still 3 iOS (or iPhone OS) and above, know what Jailbreak. But new users (iOS 8 and above) might not know what it means. This, of course, not about our readers, and those who on our site is not serviced, and generally enjoys little internal device ecosystem from Apple. This is the ordinary consumers, and they constitute the overwhelming majority of all iOS users. One time it was believed (and it was true), that the Jailbreak make the most of for install paid games and apps for free. So it is now (taking into account the complexity of breaking the latest versions). However, this is only one side of the coin. 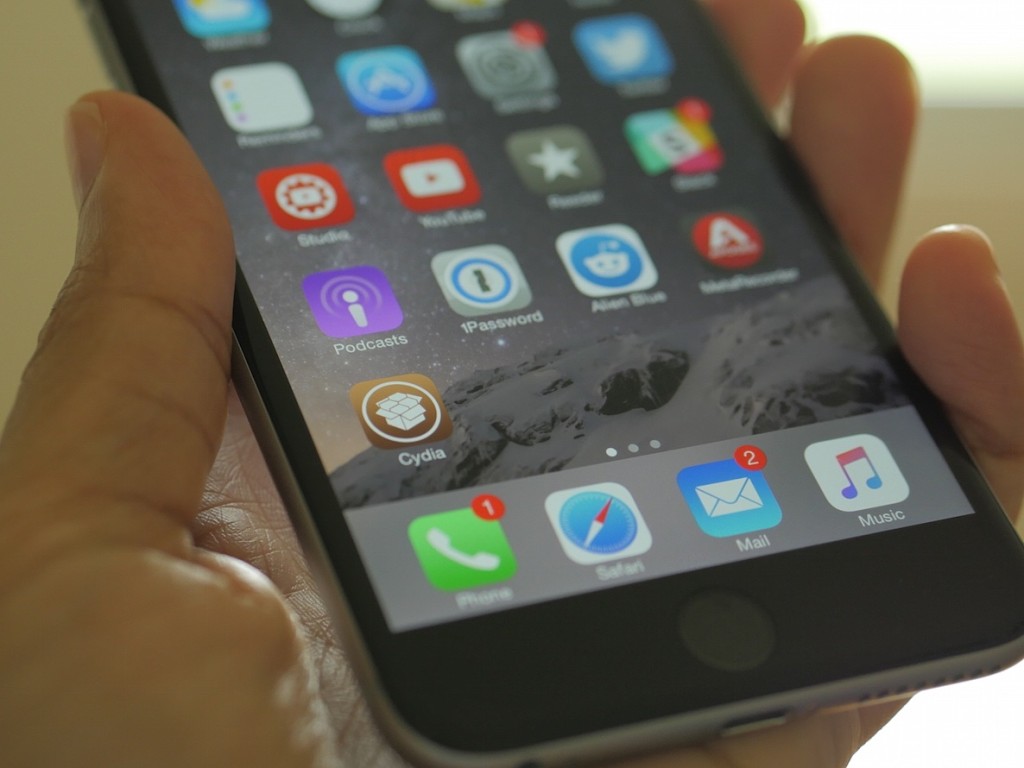 Other tweaks, widgets, improvements and decorations system, which you can install using Cydia and similar stores. Today, however, iOS has grown to the point that improve is practically nothing. Everything works out of the box, customization of options has become much more (though for many this is not enough). As it turned out — that there is today even an advanced user enough. Earlier publications about Jailbreak was attended by a record number of hits, people coming from search engines, social networks and so on, to read news or rumor about release of a new “jailbreaking”. When he finally came out, the website a few days under the load of those who read the instructions for hacking your phone. What now? And now the news that about to release a new Jailbreak that is only slightly more popular than news that in the Chinese province opened a new Apple Store. And although the craving for a freebie to beat the very difficult (but, as practice shows of recent years, it is possible to try) — people who want to “break” their device in order to save on the applications, almost gone.

Why is this happening? The answer, in my opinion, is very simple. All you need you already have. You do not need a customization, don’t need widgets and tweaks (because in some form they are already implemented in iOS 9), there is hardly any app or game that you’ve always wanted, but the price “bite” (although there may be exceptions). And this returns us to the beginning of my post: in today’s reality the user does not need. All that is bare is not implemented in iOS, is delivered within 30 minutes from the App Store and most of them absolutely for free (IMS, cloud applications, social networks, etc.).

Be only games. They are perhaps the only thing that can force us to make another purchase. Games are evolving, the performance of the graphics processors is growing, and this segment of the market will feel very confident in quite a long time (barring something extraordinary). Sad only that more and more games go into freemium model, that personally I very not happy. But then I’m probably in the minority, because it is the market and the profitability dictates this approach to the current situation in mobile gaming industry. 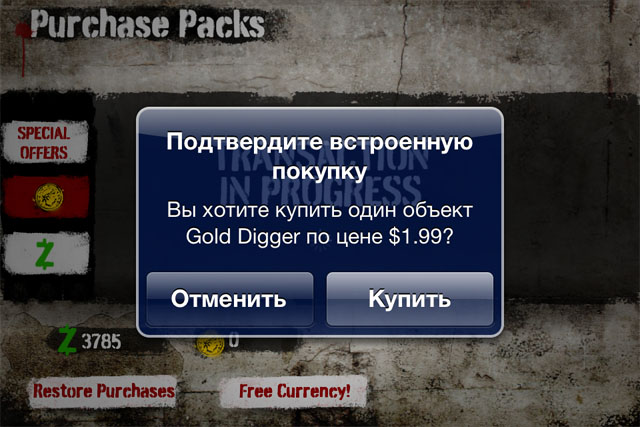 But in the end? Due to the nature of my work through me is a huge number of new games and applications. The developers are trying their best to do something new and useful. Quite often this fails, and the publication of the review or Dev Story on our website gives a very good start to the new applications and new developers. That’s just in the remainder, it turns out that after the test the app is deleted from your iPhone or iPad, because “Yes, well, there are cool features, but I already have a similar app from the eminent brand/developer, and soon there surely it too will appear”.

To date, the App Store features over 1 500 000 applications (you only ponder upon this digit), and there is virtually no mechanism to find something new and useful for yourself that will remain in your phone for a long time or forever that you haven’t tried. Top in the App Store has long become a cesspool where the ball is ruled by bought settings or applications with a large number of active users (mostly messengers and social networks). The inertia with which the developers day-to-day give tens and hundreds of new apps worldwide, for a long time will not disappear, but in the end neither they nor we can squeeze something useful, because we already have everything. 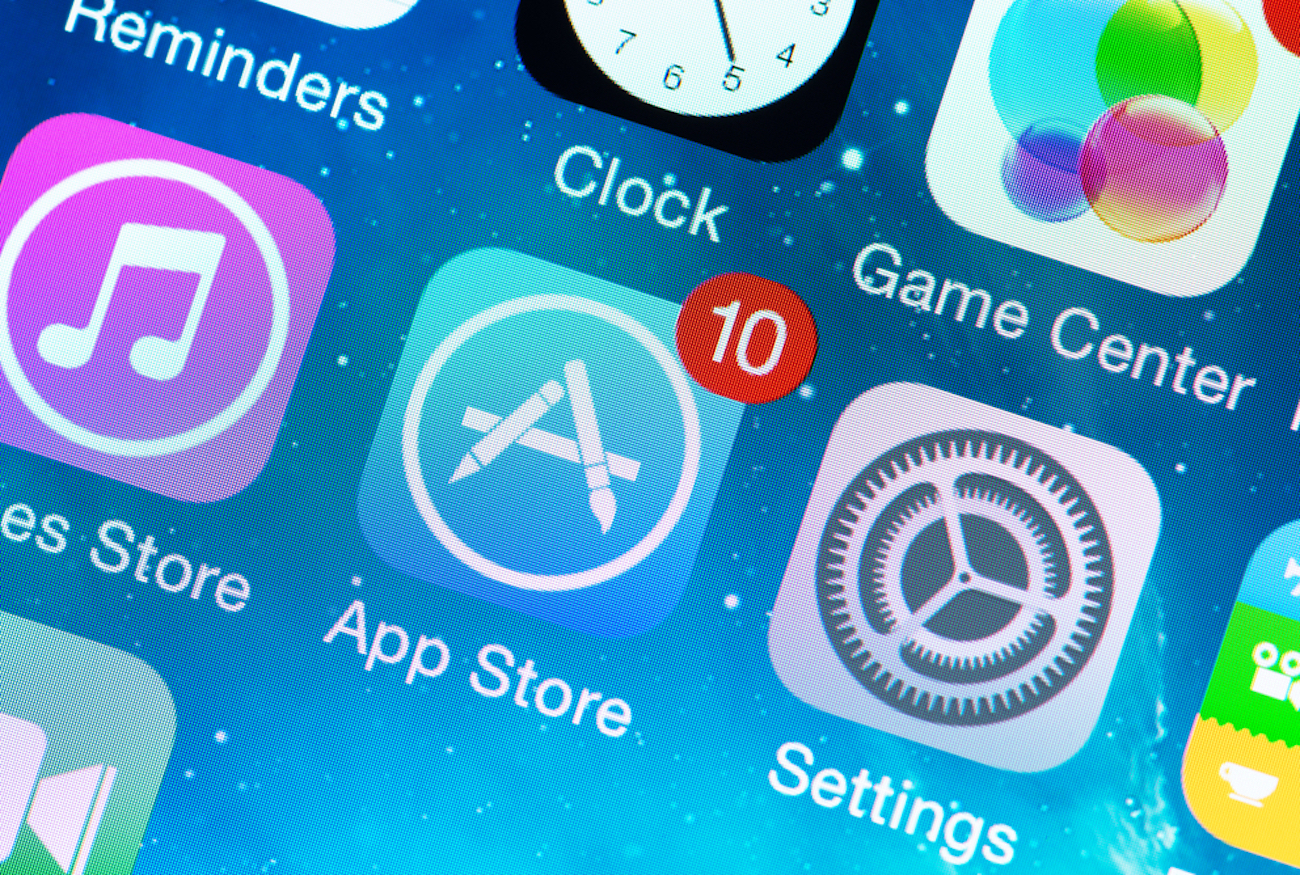 Or does it? Share in the comments your thoughts, any applications not enough for you. But if you’re a developer and you have something really new and different from what we have today on iPhone, — write on [email protected] Who knows, maybe thanks to this article in a few years our smart phones will be a new icon that does not will need to presentation all over the world!