iPad Air 3 could come out early next goda review 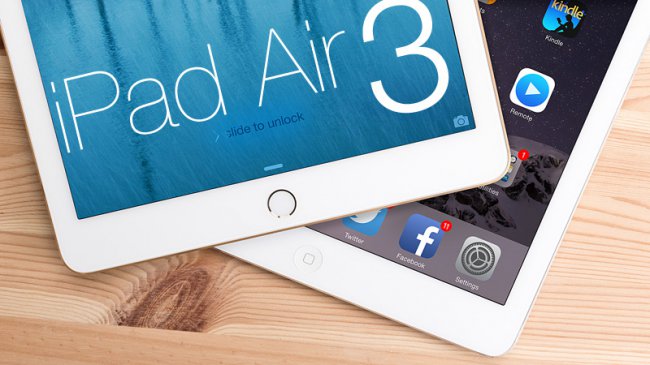 Despite the expectations of fans, September 9, Apple did not introduce iPad Air 3. Probably, in Cupertino decided that their flagship tablet should be only one, and a similar one “tablet” can adversely affect the sales of iPad Pro. But many fans of the 9.7 inch tablet continues to wait and hope for a soon release.

There is no doubt that “kill” line of Air the Apple no. It seems quite logical that the decision to postpone the announcement to a later date. Perhaps as early as February-March 2016 we will see the long-awaited iPad Air with index 3.

As for the characteristics of new, the Network has already got a small portion of the rumors. If you believe the insider information, the “air” will get a screen with 4K resolution, 4GB of RAM and the processor AH. The amount of permanent memory will remain at the same level with preservation of the three grades in 16, 64 and 128 GB. The battery capacity will probably drop to 7340 mAh. Such a move will be the result of regular reducing the thickness of the device to 5 mm, which will make the Air the thinnest tablet. The icing on the cake would be support for pen Pencil.

The author of such a development seems unlikely. Case in contradiction of the theory that Pro-version, by definition, cannot be “worse” than Air. The largest tablet of the company is a device for a narrower audience. But such a dramatic upgrade of “air” may affect the future sales of the iPad Pro. Something fantastic seems to increase screen resolutions up to 4K. The A9 processors and AH not have sufficient efficiency to “pull” Ultra HD. Besides 4 GB of RAM memory will provide the Air output line on the same level as “professional”, that is totally unacceptable. This can put the very existence of the iPad Pro into question.

The most likely development of events is equipping iPad Air 3 processor A9, 2 GB of RAM. The screen resolution should remain the same (Apple will save it for next versions), but the thickness may again be reduced. The pen and Pencil will remain the prerogative of the line Pro.