At the Apple store in the United States arrested the visitor, dressed in the costume of Jesus Christ. He was a local notorious person Michael Grant, which the local newspaper called “the Philadelphia Jesus.” 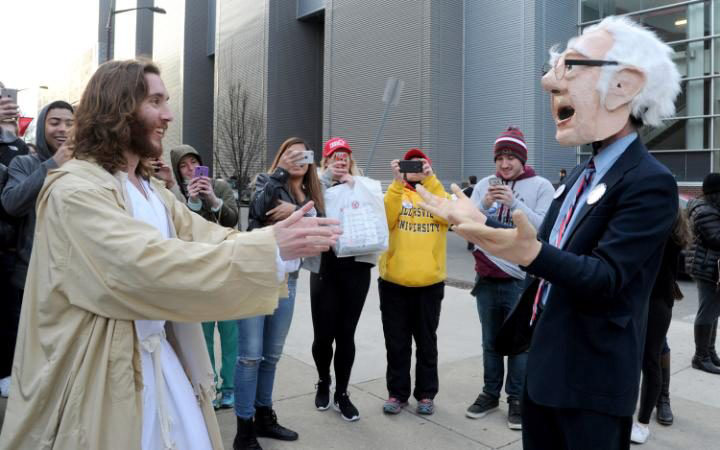 A young man with a beard that looks like Jesus and dressed in a long white tunic, on Tuesday appeared in the Apple store in Philadelphia. He came back to the store with a huge wooden cross to check email.

Visitors to the Apple Store with surprise was receptive to the idea of a young man, and the employees of law-enforcement bodies demanded from him to leave the room. The shop staff complained that the cross in the way and interfere with other visitors. Despite repeated observations, Grant refused to leave, believing the demand to be groundless and unjust, after which he was arrested. His refusal to leave the store American is not considered bullying. 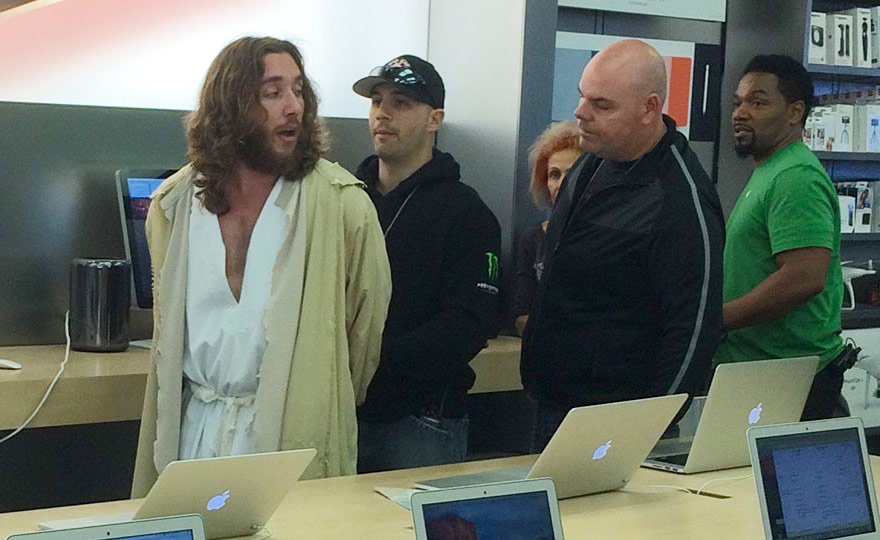 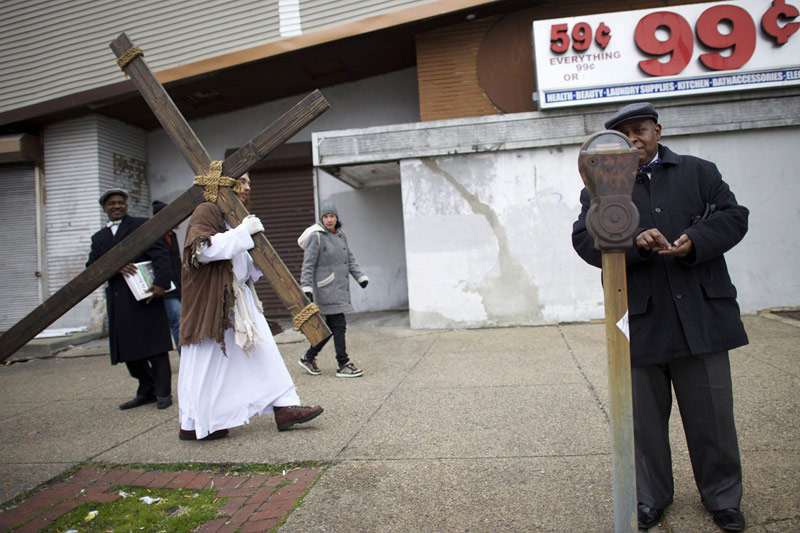 For similar misconduct Michael Grant was arrested in 2014 when it is in the image of Jesus came on the public skating rink. Bearded and long-haired American practiced in speed skating and invited everyone to take pictures with him for a modest fee.