“My Car”: the organizer of the car owner

The App Store has long formed a whole category of managers the cost of the car that helps owners keep track of expenses for its upkeep. But one of them stands out immediately for several reasons. We will understand why. 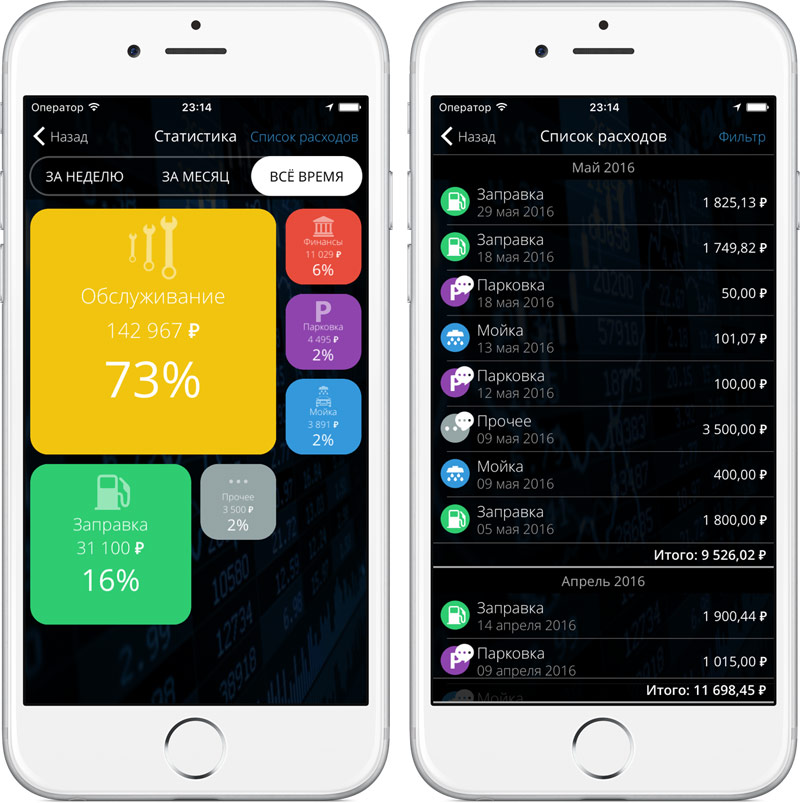 The organizer of the motorist “My Car” was released three months ago and has already managed to acquire an audience of several thousand users. Of course, the role played by a free application and the lack of advertising, but the main reason for success — functional features, in which the developers have advanced beyond many of its competitors.

Basic features the application has the standard “My Car” maintains statistics of financial investments in the car and helps to analyze them. But he does it so carefully and details that will satisfy even the most demanding user.

For example, the owner of not one car, and Park several cars. Information about them (brand, model, year, mileage, fuel type and cost) is entered in the database, then it is small — with an interest to add the cost of your vehicle. The process of entering the data does not take much time, this time noted by the users. Adding information significantly speeds up the autocomplete only choose from provided by the application lists the desired values.

Principal expenditures are divided into six sections of “gas station”, “Washer”, “Parking and transportation”, “Maintenance and repair”, “Finance” and “Other”. In the “Finance” of the United such spending, such as payment of the loan or the traffic fines. 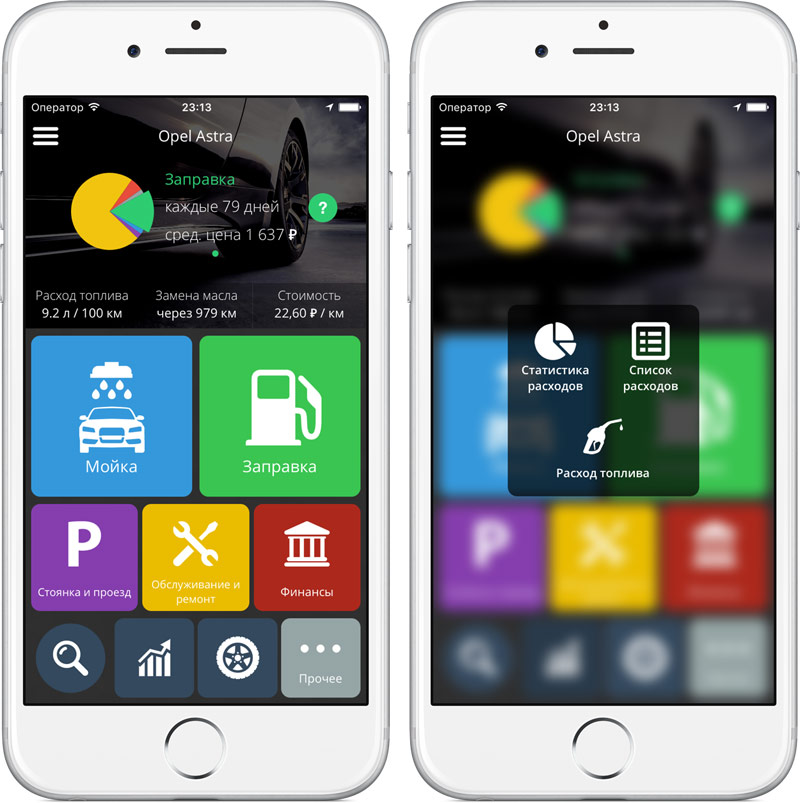 The application is equipped with a number of different useful functions, for example, a search for nearby gas stations, tire shops and car washes.

You can also see the fuel consumption after each refueling, together with information on the distance you traveled. Thus “smart statistics” fuel costs helps to assess the quality of the pump at different gas stations. For work of this statistic will still have to enter at least 2 refueling to a full tank otherwise the application simply will not data for calculation.

Information about first visited filling stations, the users can add to the app that brings the concept of the social service component.

It can also be seen in other, in particular, in the “work on mistakes”. First, one of the benefits of the organizer in comparison to many similar utilities— operational support and active work with feedback, which, incidentally, is noticeable, and the reviews about the app in the App Store.

On the constructive suggestions the developers react, and in accordance with them is constantly improving the app. 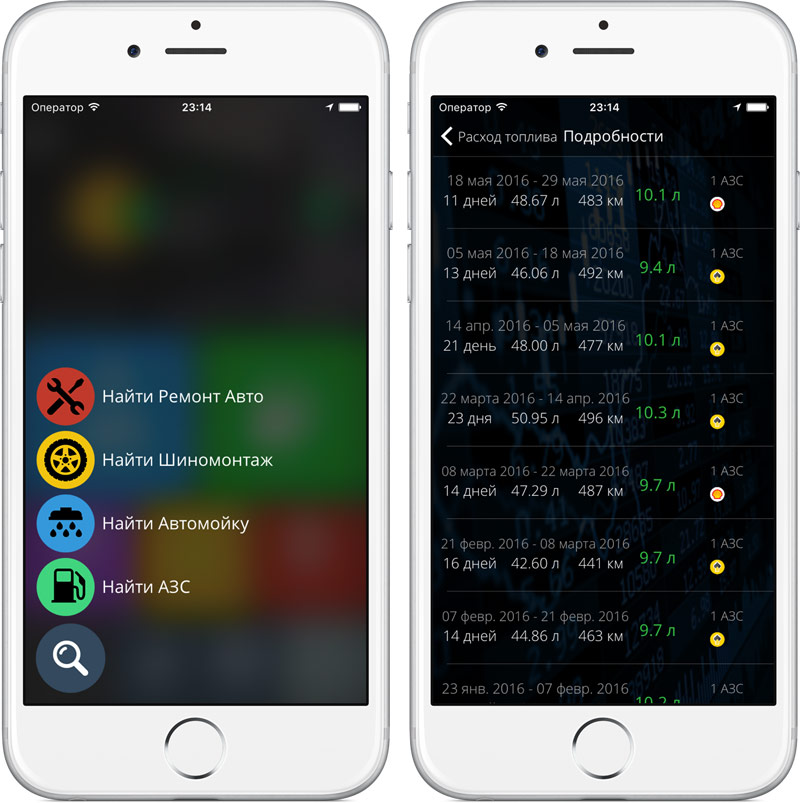 Update from “My Car” regularly and quite often. The updates are not limited to the usual “performance improvements” and “bugfixes”. Every users get complete new possibilities.

For example, in the app version number 2.6, which became available today, it has a useful feature — request for repair, however, available so far only in the limits of Moscow.

In fact, it looks like. Making the request, the owner of the car briefly describes the essence of failure, attaches a couple of photos with the breakdown, in response to receiving offers from auto repair shops, of which chooses a place to repair on the basis of its cost or location.

In addition, the new version of the application has the opportunity to add the types of work in the category of “Repair”, and buy — in “Parts and consumables”.

It should be noted that included in the program data is not tied exclusively to the mobile application. The entire information about your car or more if needed can be viewed through the web interface on the website MoiAvto.club, to generate from the application or website in the form of a document, or to print.

About all the planned events concerning the car (insurance, oil changes, etc.), “My Car” also always remember — the notifications system in the app is given an important role.