PadOS: the salvation of the iPad Pro? 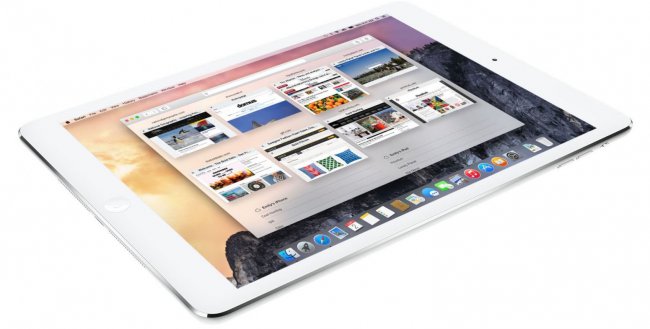 The outgoing year was very interesting and in many ways a landmark for Apple. In addition to a really innovative and efficient hardware solutions, were shown to the world not just reinterpreted, but actually re-created operating systems watchOS and tvOS. But got to the shops professional iPad Pro was device, to put it mildly, slightly misunderstood. But perhaps the situation will correct padOS.

Releasing to the market new products with truly unique functionality, Apple tried to emphasize their remarkable features. Familiar iOS is unsuitable for either the Apple TV 4 or for a smart watch company, and so the decision was made to develop proprietary and exclusive system for each device separately. The result was just great. Judge for yourself how uncomfortable it would interact with huge icons iOS on the small screen of the Apple Watch. Or, for example, would you use a stripped-down version of the same iOS on a set-top box? Hardly.

But back to important and needlessly deprived of attention iPad Pro. According to most of our readers, so productive the device, positioned as professionally oriented, simply cannot be running the mobile “OSes”. By and large their arguments are correct, because to realize your hidden potential “tablet” is only possible with the participation of more or less serious system, no way iOS can be called a stretch.

However, about the integration of iOS and OS X at Apple and don’t want to hear, and to translate the tablet on the desktop version of the operating system they decide, perhaps, in the last turn. The only appropriate developments have seen the creation padOS, which will be called upon to become a real Explorer iPad Pro in the world of professional devices.

If Apple does choose this inherently obvious and logical release, a new “operating system” is unlikely to be a real revelation and something really new. Most likely, the system will appear to us in the form of significantly redesigned iOS (as well as watchOS and tvOS). However, I would like to believe that the UI, granted a number of new opportunities for work that will allow a device to find yourself in a particular professional field, being able to replace laptops.

Further the coexistence of the iPad Pro and iOS is a priori impossible. the iPhone, for example, does not require desktop multitasking, the SplitView mode and other features supposedly working devices. But the parallel development of the two are similar in essence but different in purpose systems would allow Apple to re-gain the lead. In addition, the system is very harmoniously blended in the plans trace the trends of rejection of the i prefix in the names.

One way or another, but at the moment no information about the possible creation of padOS (or how else can you call it?) not even in sight. Unfortunately, the fancy and smart accessories will not be able to pull the iPad Pro on the device to work, whatever they call them. But the software can work wonders. However, time will tell. And how do you see “re-imagined and re-created” system padOS? Share your opinion in the comments.