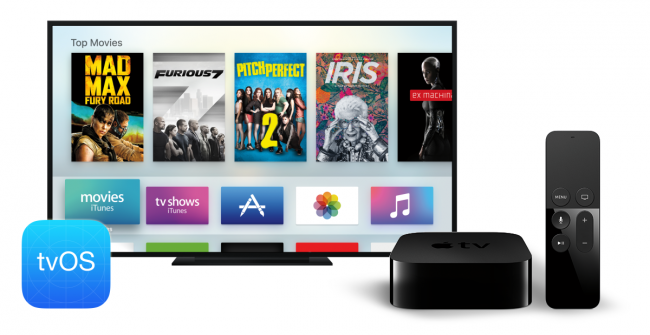 Today was extremely productive for Apple programmers. In addition to test updates iOS 9 and OS X El Capitan, Apple did a favor to developers and the update to which was released a few days ago, TV consoles fourth generation.

Themed according to 9to5Mac, Apple has made available the first beta of 9.1 tvOS for developers. The current build is also the first update to the latest set-top boxes cupertinos spill presented quite recently.

According to the description, the latest version improves compatibility in wireless networks, and solves problems using built-in purchases in apps from the App Store. From the point of view of the interface changes were the scrolling mechanism to the menu, according to the manufacturer, this point was also improved. As is the case with other software Apple download updated tvOS developers via Apple Developer Center, then install it to your device via USB cable-C.

Hopefully, the update will bring to the platform more interesting functions. If you have already got a new gadget and going to install the update, don’t forget to share in comments.