So historically, that rally game on iOS is not – even if the title race is written “rally”. Most likely, business in management, power (physics engine games such exacting to resources) and simple rejection of the audience’s mobile phones are complex enough taymkillerov. Periodically the genre, of course, there are moments of dawn, but usually all bad, and spleen. The situation could fix a full-fledged rally-games 2 – and screenshots, and portfolio author (Moto GP and SplitSecond), and even the price tag talked about the fact that this is not another tripe. Let’s see how the course met the expectations.

From the start you will be given the car is a little rally car, where you run a couple of laps: will be trained. Then the game will open: there are several modes. Campaign (something like the world series), single game or training session. In General, it is possible, at breakneck speed, eager to take trophies, but preferably well before this to understand the behavior of the machine – in the end, you not Need For Speed. Well, and then to storm the championship – for him the entire game was conceived. 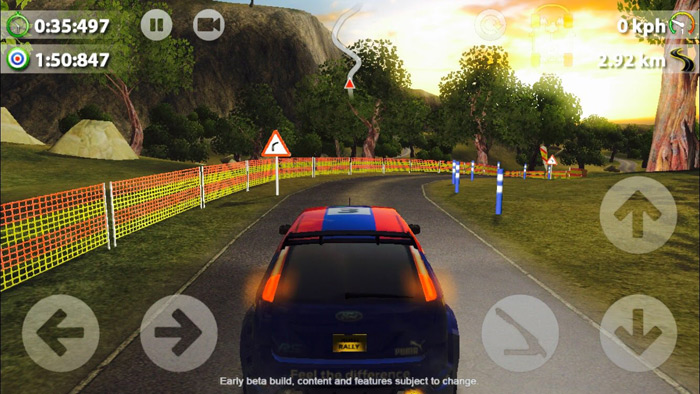 However, for the sake of victory will have to sweat is to control the “Skyline”, which took off on dirty roads, it is still fun. Machine obeys with difficulty, and the clutch is almost there; have to Wade to the touch. And, of course, hard to hold in your hands touch the wheel – in particular, not to forget about the handbrake. Of course, physics and the complexity of Rush Rally 2 can not be compared with the best (and worst) releases of Colin McRae Rally, but for a mobile project it is very good. By the way, if you are far from road exploits, don’t despair – the game has a special strip to indicate the optimal path. Helps. 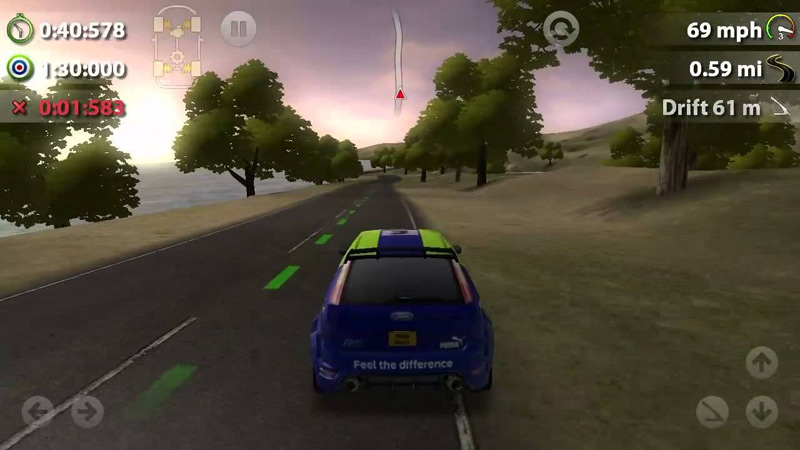 Because the game harshly punishes mistakes on the track, slow down “in a forehead” here goes – and, in General, all these techniques jauntily obtained in NFS, you can leave at the entrance. Rush Rally 2, as the best representatives of this genre, it’s not about speed, pink spoiler or the roar of the engine. It is about how to rein in 250-horsepower shot of death, which throws in a three-meter layer of snow. Held class, not sdyuzhil – well, let’s start over. And this time, try not to roll over.

Constant war with the elements exhausting, but happy, not least because of the chart. Screenshots, as now instituted, several are superior to reality, but Rush Rally 2 is really beautiful. For unlicensed vehicles are easily identified to their real counterparts, and scenery on the tracks is an individual work of art. Snow, mud, sunsets and sunrises in this game sometimes you just want to stop and twist his head. 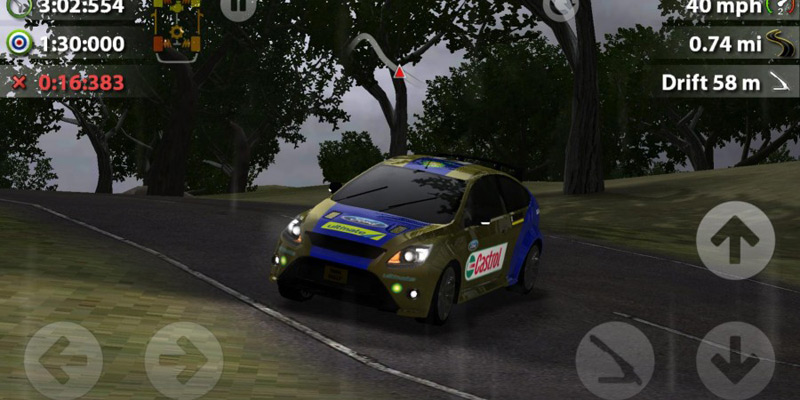 Rush Rally is worth 2 in the neighborhood of three hundred rubles, and there is an interesting point. Obvious way if you like the genre, you buy the game plus-minus for any money – simply because there is no competition, the field of pure. If the rally (especially in the mobile version) you breathe normally, then, again, price is not important – because no one would buy not for 30 rubles, or over 300. Hence the following conclusion: as a rally simulator on the phone – Rush Rally 2 is very good. In all other respects, is too primitive a race for the apologists rally computer, and too complicated for lovers of simple avtoarkad.