Russia will impose another Apple tax 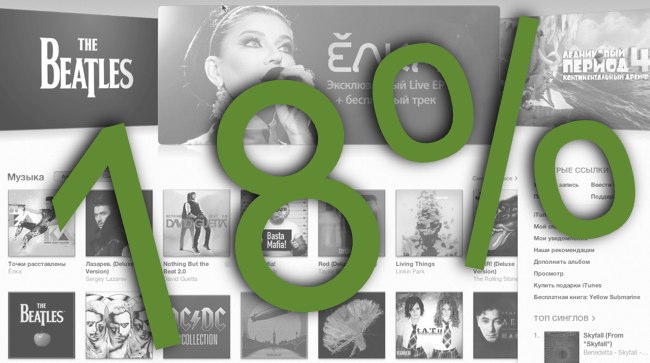 Today it became known that the Ministry of Finance of the Russian Federation had the idea to make American Apple, Google and Microsoft to pay to the Treasury of our country the value added tax on the profits derived by corporations from online content sales in Russia. As you probably guessed, this decision is unlikely to lead to lower prices for such materials.

VAT in Russia is 18%, and this means that in addition to paying tax in the budget of its home country the company must make payments and in the Treasury of our state. According to authorities, this will significantly increase the volume of deductions to the Federal budget. Themselves Microsoft still does not react.

Meanwhile, if this initiative is approved by Parliament, we will have to wait for the inevitable higher prices for music, apps, movies, books and other electronic content in the Russian segment iTunes Store. Representatives of the Ministry of Finance announced that it expects to receive the approval of the bill by the end of this year. Thus we can hardly expect higher prices for Apple gadgets: with them, the company is already paying VAT in our Treasury, as openly advertises on its website.

According to the materials of the Horn.Ru