Russian Siri in Apple TV? Not so fast! 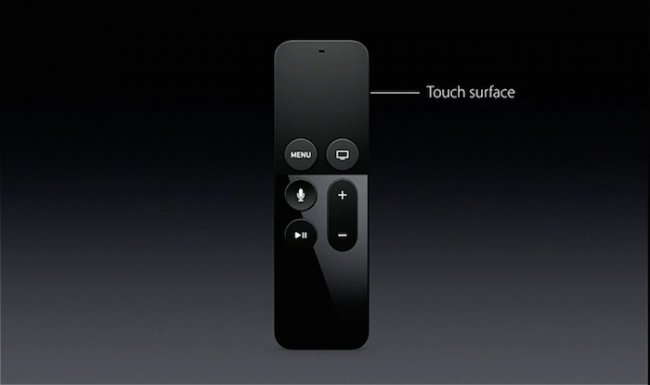 Yesterday Apple held a very rich in novelties of the event. Then you and two iPhones with screens of 4.7 and 5.5 inches, iPad Pro is enormous, and so jobs hated the stylus, and even reinvented Apple TV. The latter displayed clear similarities with presented a few months earlier release from Google called Nexus Player. It’s a small device in a black casing also able to attract owners of game potential and, most importantly, reasonable price. Development from “good company” is worth as much as $ 50 cheaper.

But there is still a gunpowder in powder flasks. So, in addition to technical bells and whistles, set-top box from Cupertino received the updates and software. For example, now users do not have to strain after the working day and for the evening film, they will have a personal assistant who knows the answers to almost all questions. Voice assistant Siri, which first debuted in 2011 with the iPhone 4S, and now migrated to Apple TV. Ask virtual girl, what movie is in trend now, it will prompt and will make your life a little easier and more comfortable. But there is one little hitch. No, what is really there, this is the most that neither is a huge problem. Many will call it a disaster, erasing all the benefits of new products.

The thing is that Apple as always “slow” with the widespread organization of digital services. With such a situation we have already encountered after the announcement of its own payment system Apple Pay, a similar incident occurred with the system of purchase of electronic tickets Passbook (with Aeroexpress train all right, but the boarding passes on the plane still need to print), even three-dimensional maps and full-functioned only in the United States. No, of course, no one disputes that the organization of stable work of the services across the globe requires huge efforts and funds spent, but this is clearly not the problem of consumers. But with Apple TV Cupertino just kicked in the teeth most of their fans. Thanks to the Western journalists it became known that Siri will be fully working only in 8 countries out of 80, where the console will be sold. Russia and the CIS countries in this void “the eight”, of course, are not.

An interesting fact found in the subsoil code of the operating system tvOS: actually planned to deliver two versions of the Apple TV — and I’m not talking about the versions in 32 and 64 GB. One of the modifications is equipped with a so-called new system, “Siri Remote” and the other will have to settle for “Apple TV Remote”. Consumers from the USA, Canada, Australia, Germany, France, Japan, Spain and the UK will receive the first version with assistant. All others get a simplified model without voice assistant for the same price. In General, the devices are identical, but the “killer feature” was Siri. Although there is one small difference is that the system with two microphones for high quality speech recognition software. A very strange separation, because Apple pretty spent on Tutors to teach their virtual employee to different languages. And let a full-fledged polyglot of it has not yet happened, to speak and to understand, for example, in Russian it somehow does.

Another fact, which shared with us the creators of software for Apple TV, is the maximum weight applications that can be stored in the internal device memory is only 200 MB. To circumvent such a ban would be possible by storing the downloaded utilities in cloud storage, but it will bring additional challenges for developers.

Please share and if you need Siri? If you are upset by such injustice from Apple? Waiting for your comments.