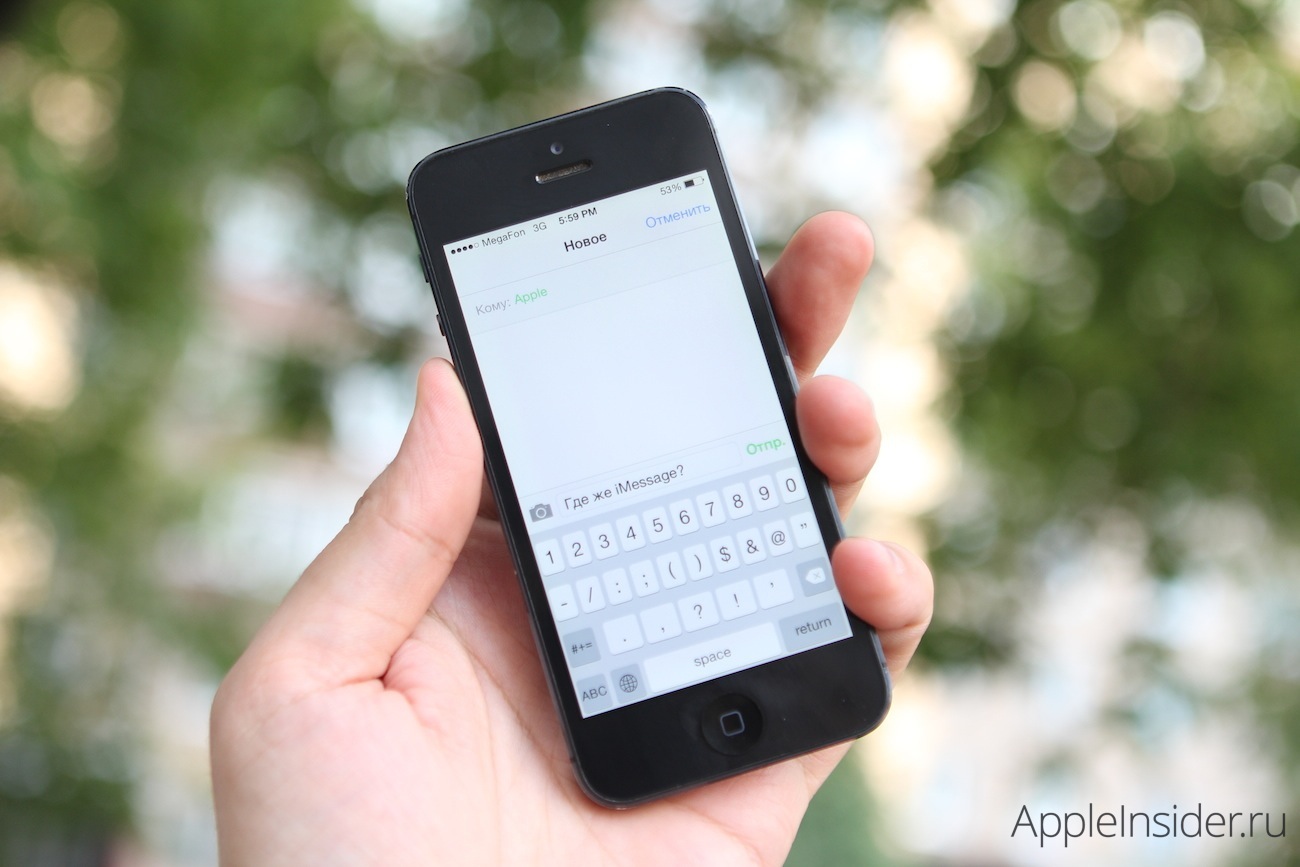 It seems that the history of the activation problem iMessage Russian cellular operators took a new turn. This week, many Russian iPhone users complained that they “flew” activation iMessage, leaving many messages never reached their intended recipients.

One of the first about the problem, said General Director of media group i10.ru Renat Grishin, who also is a subscriber of MTS.

On my MTS for the last week 2-3 times flew on iPhone activate iMessage. Have you had it? Not on MTS?

Judging by the responses of readers, problems were observed not only at MTS, but also among clients “Beeline” (“VimpelCom”) and MegaFon.

@iPrizrak on the Beeline, too.

@iPrizrak I flew so that it does not work still, and I’m in business!

@iPrizrak a Couple of times was on the Megaphone. But that’s okay, the worst is that messages are delivered very slowly, and sometimes not sent

Hell what. A couple of hundred iMessage got lost somewhere for a month and a half, and I’m finding out about this now. #iOS8Beta pic.twitter.com/F8CLuoSuVH

In “VimpelCom” stated that in recent times with such complaints subscribers to the company have not applied.

On our side we are problems not fixed, says Anna Imasheva, the press-Secretary of “VimpelCom”. — Problems can be not only the operator but also to third party equipment.

The representative of MTS Dmitry Solodovnikov confirmed the absence of any problems with activating iMessage on the operator side.

In a press-service of “MegaFon” did not provide comment.

Sounds like a problem with activation iMessage not caused by mobile operators, and any third party causes, about which we can only guess. If you still encounter similar difficulties, try a few times to activate iMessage again in the “basics” section of the iPhone settings.

It should be noted that the problem did not affect Mac computers — OS X, sending and receiving messages occurred in the normal mode.

Have you noticed such difficulties with your iPhone?