iOS provides a long talk time, web surfing and apps. Users who do not have enough “autonomy” of the iPhone, you can moderate appetites firmware using simple techniques. The company Samsung has decided to prove the superiority of their Android phones battery life over all competitors in the market. 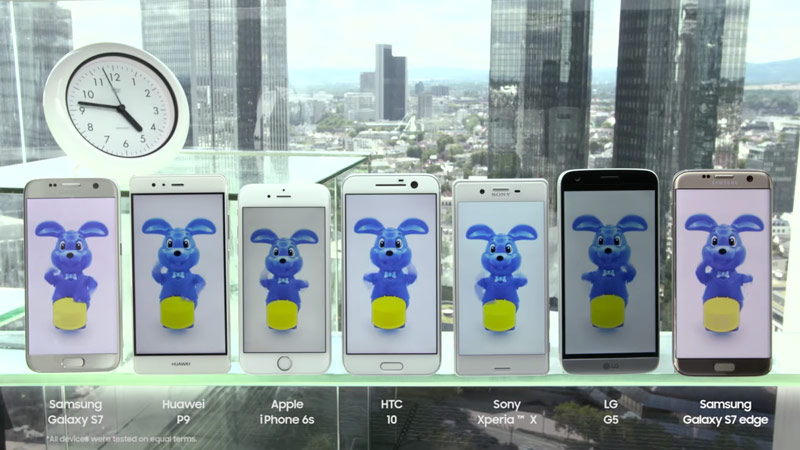 In tests of the manufacturer was used device and Galaxy S7 Galaxy S7 edge, iPhone 6s, HTC 10, Sony Xperia X, and LG G5 and Huawei P9. The winner eventually came out Galaxy S7, which lasted 10 hours and 59 minutes, while the iPhone 6s showed the result of 8 hours 13 minutes. The outsider was the LG G5 with an indicator 6 hours 31 minutes.

Note that independent tests of autonomy of the smartphones show different results. So, according to the measurements Phonearena, Samsung Galaxy S7 is able to withstand only 6 hours and 37 minutes of continuous use, while the iPhone 6s battery lasts for 8 hours and 15 minutes offline. Gadget Apple has set a record time of Autonomous work. Galaxy S7 edge, the result showed slightly better than his “little” brother is 7 hours and 18 minutes.

The publication notes that much depends on methods of testing. In Phonearena tests to maintain a constant comfortable display brightness, not reduced like in the experiment of Samsung.