Samsung tried to pay $900 to the owner of Galaxy Note 7, to cover the fact of the explosion of the smartphone

Jang Sitong wanted to save into the address book of a friend’s number on your Samsung Galaxy Note 7 when suddenly the mobile vibrated suddenly, and began to smoke. He threw it on the ground and asked the friend to remove the events on video. 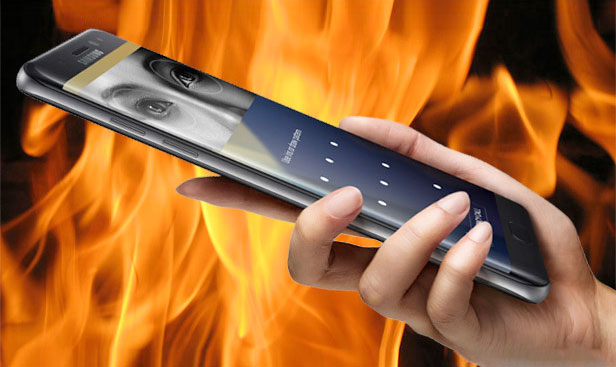 After a few days in the house of the owner of the South Korean smartphone show Samsung. They offered Sicangu new Galaxy Note 7, and $900 as compensation, if he will not spread the video to the network. 23-year-old Sitong refused. The incident occurred two weeks before Samsung launched a recall program for more than 2 million Galaxy Note 7.

“They said that in China with their phones there is no problem. That’s why I bought Samsung, – said Jiang. – It was a hoax. They deceived consumers in China.”

Initially, Samsung stated that Galaxy Note problem 7 sold only in the U.S., in China, the devices come with a battery from another manufacturer. But then complaints began to arrive on the spontaneous combustion of smartphones. At the moment there are about 20 cases of explosions of phablets Samsung in mainland China.

In this regard, the General Directorate for quality control, inspection and quarantine of the PRC called representatives of Samsung to discuss the situation and launched an investigation. After that, the company provided management plan review of problem products.

Last week, Samsung officially started the recall program from the Chinese market of all smartphones sold Galaxy Note 7. It is planned to withdraw 190 984 gadgets.

This week Samsung has organized a phones Galaxy Note 7 in the largest airports of the world. Such points appeared in South Korea, Australia and the USA. They are located directly in front of the guards and checking of flight safety.

Samsung experts not only give the opportunity to exchange a smartphone, but also help with transferring to the new device. These points are only at some airports and not the clock. So some users will still have to choose between smuggling explosive objects (this is now the aeronautical authorities klassificeret Samsung Galaxy Note 7) and the loss of the machine and all data with it. However, in case of fire on Board, the losses can be much more sad than even a 10-year prison sentence.