Buyers expensive notebook Surface Book from Microsoft has disappointed a large number of software failures. The most common problems are “sudden shutdown” and the so-called “sleep of death” when the gadget stops responding to user actions. According to the owners of the Surface Book that Microsoft is unable to solve their problems. 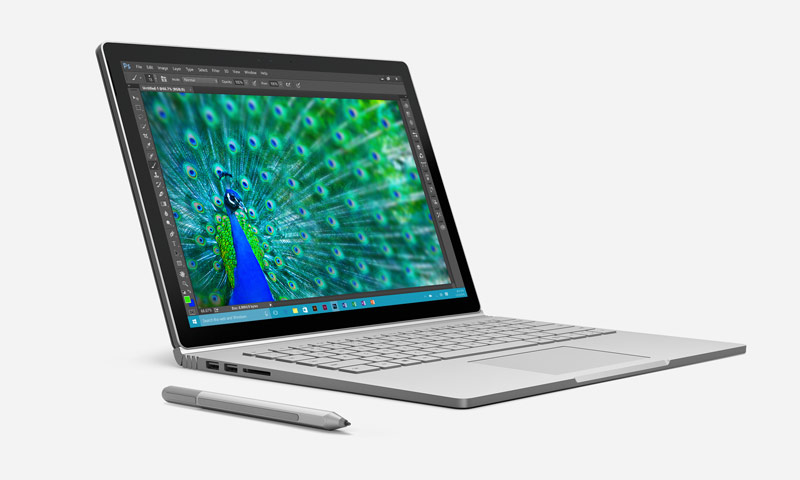 Executive Director of Intersect360 Research Addison Snell called the work with the Surface Pro 4 “nightmare”, describing the experience of using the device worth more than $4 000. According to him, Microsoft did not offer any solution and refused to replace the faulty computer.

“If the system goes to sleep for a few hours, then most likely the laptop will not Wake up. Usually this happens after idle night. Every my work day begins with attempts to bring the Surface Book to a working state after an unexpected shutdown,” writes Snell.

Three months he tried to live with this problem until I discovered that it is widely distributed among users of the device and managed to get the title “sleep of death”. On Reddit the discussion of the problem is the 50, and the Microsoft support site gives out 75,000 results for request “Surface Pro Sleep of Death”. 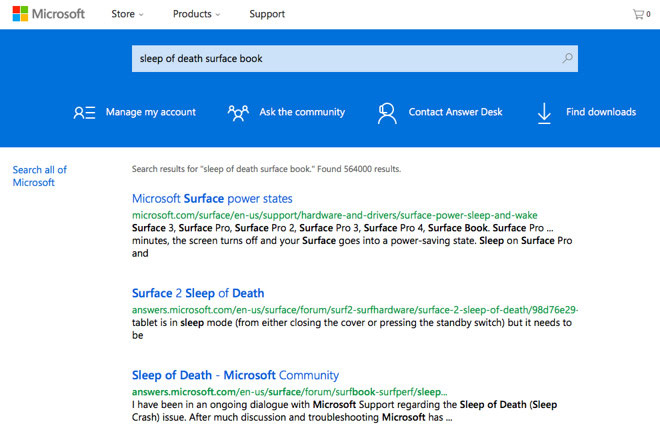 The result of three hours chatting with Microsoft support in the first week after buying the Surface Book became a remote connection specialist of the company to the notebook to update the system and reset the power. However, this has not solved the problem. Subsequent messages of Addison and circulation on Twitter at @SurfaceSupport remained unanswered.

The communication with the experts of Microsoft chat is also not helpful. When Snell asked for a refund for a defective item, the representatives of the company refused to fulfill the request, as from the date of purchase of the laptop it took more than 30 days.

Snell tried his luck at retail Microsoft store. It is not faced with rudeness or ignorance of employees: no money, no new device, no way to solve the current problems he never received.

A common problem with Windows

“I used Surface Book for about six weeks. From the beginning I faced the same problem as described in the article. I couldn’t believe something like this could happen with my laptop cost $3000”.

Others wrote that they experienced similar problems with previous models of Surface and Windows devices by other manufacturers. The HP Elitebook owner told me that his laptop several times went into “sleep of death” on the operating system Windows 8.1, and recently this happened on Windows 10. He believes that this is a bug in the Microsoft operating system.

Another user noted the following: “the Operating system Apple surpassed Windows on many light-years of the awakening laptop from sleep mode. View any video from WWDC to understand how much work was done by the company for smooth running of OS X on Intel processors. Unless Microsoft does something like that? I have not heard about it”.

The name Baga “Sleep of death” originates from the failure, “Red ring of death”, meaning problems with the hardware of the Xbox 360, and the “Blue screen of death – fatal system errors in the operating systems of the Windows family.

iPad Pro is not without sin

iPad Pro, which debuted late last year, also was not devoid of bugs. Immediately after starting the device, some users have reported freezes of the tablet, which could only be remedied by rebooting the device. The problem was solved after updating to iOS 9.2 in December.

In mid-may, Apple released iOS 9.3, in which some iPad Pro users “become a brick”.