On the website of the company Coach, the famous producer of luxury accessories, revealed the list of straps for the Apple Watch. Officially, they were not provided, but based on published information, we can conclude that the price of new accessories will be relatively low. For most straps images are missing when this page is hidden from search engines. 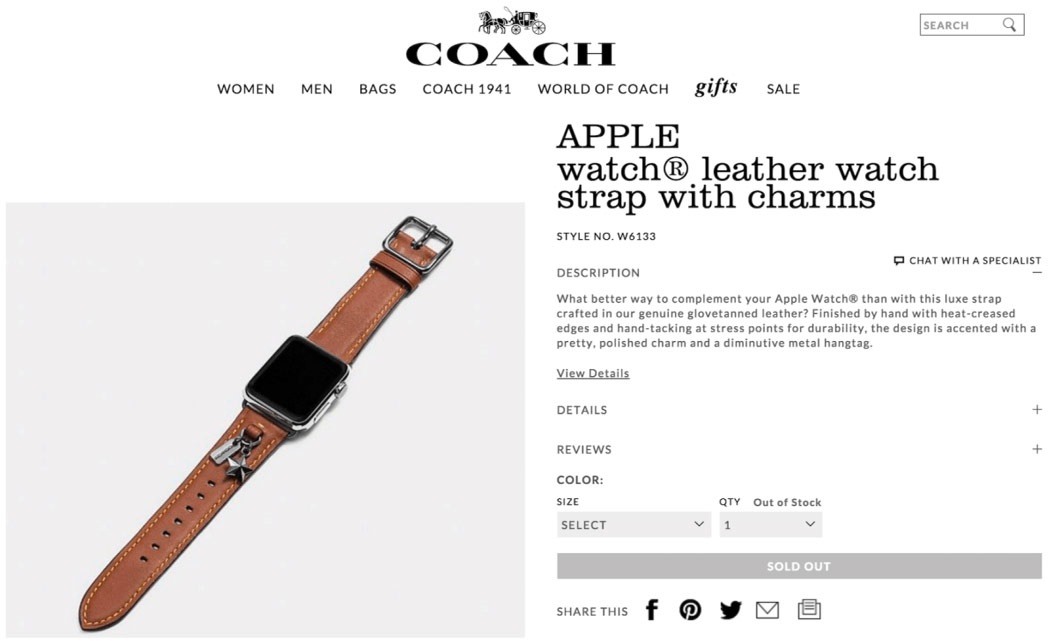 Image line straps Coach, consisting of several models in various colors and made of different materials, was leaked back in late April. According to rumors, the straps will have a similar design with the bags from the new collection spring-summer 2016 the same Coach.

One of the models Tea rose has carved flowers on the skin. A variant of the “Wild Beast Camo” has a print of camo on calf leather.

For people who shy away from such delights, offers a classic leather strap Glovetanned: “What could be better for the Apple Watch than the Deluxe strap, crafted from our genuine leather Glovetan?”, – reads the description of the strap. 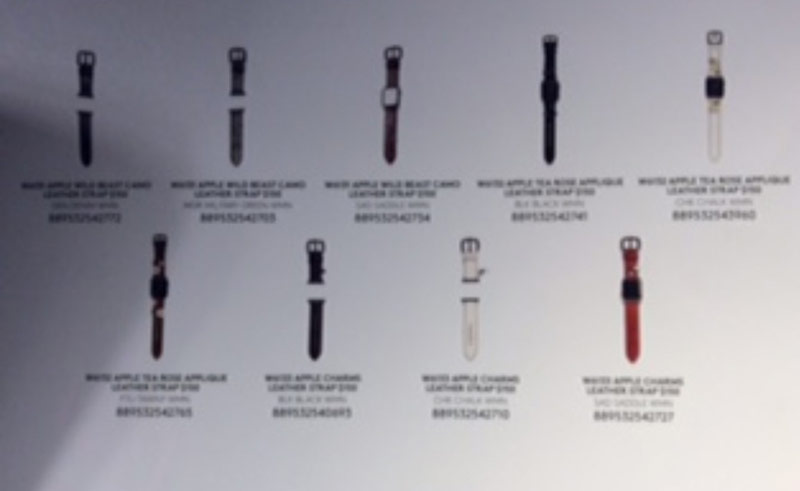 The company Coach was founded in 1941 in new York American designer Bonnie Cashin. She specializiruetsya on the production of premium accessories. According to research by J. P. Morgan on the basis of a survey among women, Coach is a favorite manufacturer of handbags in women 22-55 years.

Coach watch straps for the Apple Watch to appear in stores on June 6th for $150.