The girl in Kazakhstan exploded iPhone 5s: annealed 30% of the body burned the laptop and bed

In the result of spontaneous combustion iPhone 5s girl in Kazakhstan received third-degree burns. Now she is waiting for the conclusion of the examination and intends to receive compensation from the retailer. 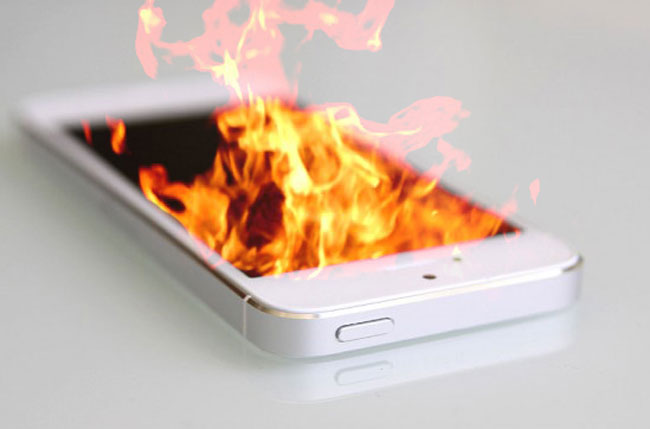 In Aktobe 28-year-old girl Ardak Orynbasarov was in the hospital with severe burns on the night of 18 December. She burned the face, arms, legs, and back. iPhone girls lit up the night as she slept. The smartphone was connected to the charge. “If I hadn’t woke up, you could die,” says Ardak. Day she lay in intensive care, and the next day she was transferred to the Department of traumatology.

“It all happened about 3 nights, – said the girl. Before going to sleep I put the phone on charge, put side by side on the bed, I have double. The next morning I had to get up early and the alarm on my cell phone. In the night me if someone pushed, I woke up. Look – the other half of the bed lit the room in smoke”.

“I tried to scream, to call for help, and no voice because of smoke inhalation. From the first floor ran father, but he didn’t open the door, it slammed shut. I took him outside, I called on 102. Burned room, an iPhone, a bed, a mink coat, laptop. I still can’t get over it”. “60 thousand were collected 3 months, the remaining 60 thousand loans issued. I work in the fitness center, in the social network manage the group “Ray of hope”, are engaged in charity. I always need to be connected, need high-quality pictures, so I decided to buy an iPhone. Looking for a security badge, and it turned out to be just advertising. No security we do not guarantee. The phone I bought not with hands, not at the flea market, and in salon of cellular communication”, – said the victim.

After treatment, the girl intends to present the cabin of the claim. “120 000 tenge I paid for iPhone, burned the coat, bed, laptop, 20 days, at least, will have to lie in the hospital and who knows how to heal burns, might need plastic. Every day six thousand tenge I buy ointment. To work in the near future can not. Someone will answer for this? Yes, I’m glad I survived, that is not burned at all, but I suffered damage, and considerable. My friend iPhone 5s burned in his eyes. He didn’t show anyone claims, bought new. I think we, the victims need to unite and together to defend their rights,” she said.

“From the day of the fire I was awake. Pains, moreover, as soon as the lights, I see the fire. It’s hard for me to say, I inhaled the smoke,” – complains the victim.

According to the doctor, Ardak annealed 30% of the body, burns second or third degree, in addition, the carbon monoxide poisoning. “This is the first patient who came to us after the explosion of the phone – said the doctor. – We warn all the friends to be with them careful.”

Meanwhile, in the cellular interior where it sold the iPhone, say they are ready to understand the situation. “It is important to clarify the circumstances under which lit up the iPhone. Whether it was in repair, if the original charger did you use, what time of day it was charging. To do it at night is not recommended. After 100% charging is sverkhzadacha, and this can lead to swelling of the battery. It happened with Samsung and other phones. Happens is when using not original charger,” explained the administrator.