the iPhone and iPad were spy for the state Duma 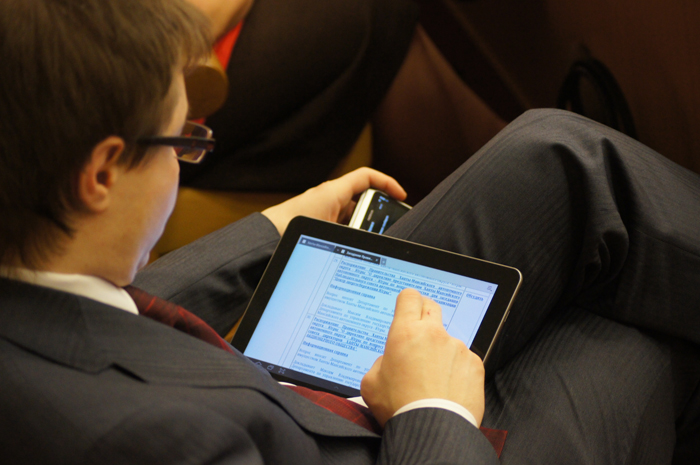 Ban on use of Apple devices in the state Duma already tried several times to lobby for many MPs, but to no avail — necessary justifications have not been, and who in their right mind will allow to deprive themselves of the precious “Apple” devices? However, lawmakers do not lose hope and intend to submit for consideration a new draft resolution, which subsequently may be adopted.

This time distinguished deputies from “Fair Russia” — they want to ban parliamentarians can use their mobile devices (particularly iPhone and iPad) in closed meetings of the state Duma, Interfax reports. According to legislators, these gadgets can transmit information to servers other States and, therefore, present a serious danger.

The MPs argue that before the meeting, although they had a point of passing mobile phones, many chose not to pay attention to it. Will the ban on the regulation level, it is not clear — to search the parliamentarians clearly, no one will.

Of particular interest is the fact that the MPs consider the most “spyware” devices from Apple, while the potential “holes” in the Android a lot more. In addition, the company’s information security, including Russian, has repeatedly stated that iOS is one of the safest mobile operating systems.

One pleases — even if the ban is passed, at us with you it will not change. Unless, of course, later one of the deputies will come to mind to ban the iPhone and iPad for all Russian users.