The rating of trust among Tim cook to Apple employees grows

Despite the criticism of the head of Apple Tim cook by some analysts and investors of the company, claiming that he is not Steve jobs, the rating of trust to the Director-General among the officers of the Corporation grows. 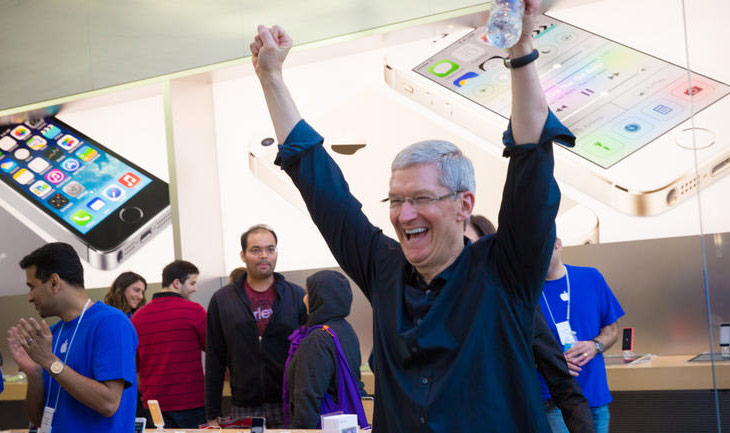 Recruiting resource Glassdoor conducted an anonymous survey of employees of large American companies with the aim to evaluate the work of their leaders. On the basis of these reviews, which were collected during 12 months (from 1 February 2015 to 31 January 2016), has compiled a ranking of the best Executive Directors of the United States.

Cook received an average confidence rating of 96%. This allowed Apple to climb to 8th place on nine lines above compared to the 2014 poll. However, as before, cook remains behind other heads of technology companies, such as Bob Bechek from Bain & Company (first place), Scott Scherr Ultimate Software from (second place), Dominic Barton of McKinsey & Company (third place), mark Zuckerberg of Facebook (fourth place), Jeff Weiner of LinkedIn (fifth place).

Two years earlier, the report Glassdoor indicator of confidence in Tim cook was 94%. In 2011, the first year in this position, cook held the top spot with a grade of 97%. The former head Steve jobs has taken a leadership position during the period 2010-2011 with a grade of 95%. 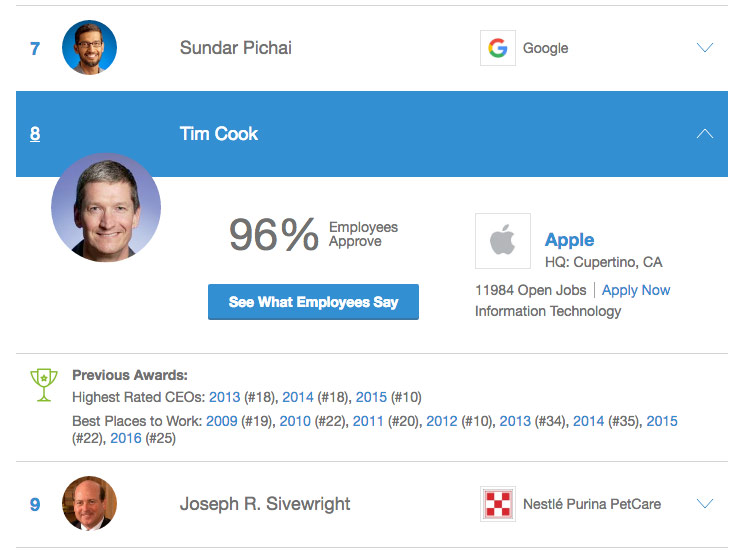 A change in the rating of trust by 1-2 percentage points does not matter, said Scott Dobroski, expert at Glassdoor, analyzing company data. “There is nothing unusual in the fact that the rating of the head varies by as much as 5% from year to year, said Dobroski. When it reaches 9-10%, it is possible to note trends and changes”.

To calculate the rating Glassdoor asks employees the question: “do you Approve of the company’s management by your head?”. Respondents are asked to rate their CEO on several criteria, in particular how well he runs the company. The survey was conducted among firms which employ over a thousand employees.