Untranslatable play on words, or as marketers Samsung earn my salary

Another ad Samsung impresses with its “genius”. The company has focused on wordplay and distributed to the entire population of a small village Appel in the Netherlands free flagship Galaxy S9. 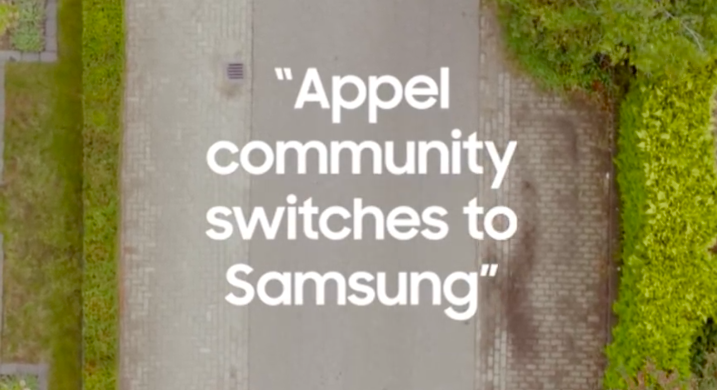 The video is called “Appel community switches to Samsung”. If you start from the techno-subject, the name can be translated as “the Apple community goes to Samsung”. However, I could not have a large company to allow such a ridiculous error in the name of a competitor? It turns out that the error no and no, and Appel is a small village in the Netherlands with a population of several hundred people.

Samsung sent a delegation with a van full of new Galaxy S9, and distributed to machines on the street all in a row, parallel to the camera recording their reaction. Of course, the people were happy. As well as would have been the happy inhabitants of any village/city in the world, if they gave any smartphones for $ 700.

Thus, the name of the movie translates as “the population Appel goes to Samsung”. It would be interesting to know the statistics. What percentage of people received smartphones, leave them to themselves and not sell or give the relatives a month. However, something tells me that advertise this information does not.

Of course, Samsung did a good thing, enriching the whole a little European village, however, the imagination of marketers never ceases to amaze. Personally, I laughed from the level of absurdity of what is happening. How do you feel about such advertising? I think its funny and harmless or meaningless, and “sucked from the finger”? Write in the comments.