When Apple Pay and Samsung Pay will conquer the Russian market

First, we waited, when Russia will work with Apple Pay, now we speculated on how soon the new payment system will conquer our market. Banks depends on the spread of technology pick it up quickly, despite the costs associated with implementation and integration. 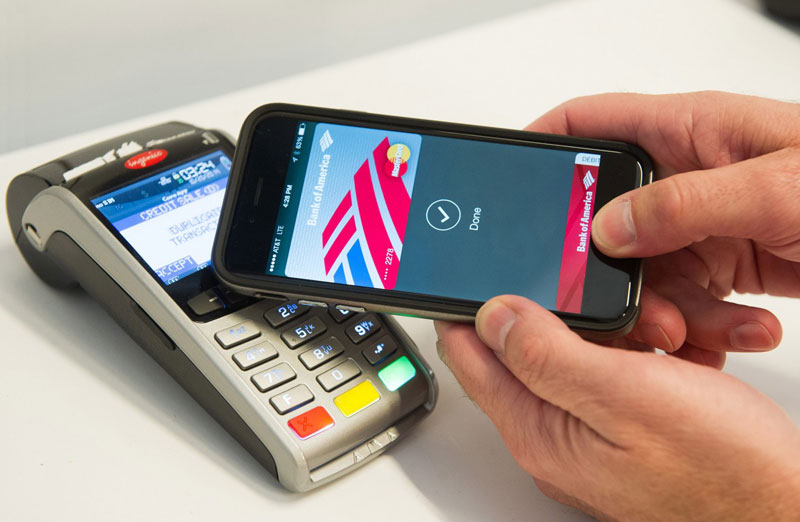 The main potential of contactless payment that we are talking about the payments most convenient for this purpose at the moment and for the foreseeable future the device. What is the smartphone for each of us? Of all wearable devices, it is the only device that actually became the subject of daily use, we always keep it to yourself. While Apple Pay ensures a higher degree of protection compared with both traditional and contactless cards. At the time of payment in the mobile no credit card data, the device only transmits to the payment terminal, the token (generated in the smart phone key), and the Bank that issued the card, verifies payment and sends the response to the terminal. This is how to use the map, but not show it to anyone.

To offer customers a new service, banks will have to spend. New solutions require funds for implementation or integration with existing systems. In this case, credit institutions will need to integrate the processing systems with the new payment systems — depending on the Bank’s plans to support them.

You will then need to bind the plastic card to the mobile device. In iPhone the user can perform the procedure yourself through the Wallet app. But for effective use of the new channel and customer convenience, banks will seek to implement a bunch of the systems for remote banking (Internet and mobile banking). According to estimates by DP, all of these types of updates can amount to quite large sums — from 500 000 to 2 million rubles. However, the potential which shows how the total market for contactless payments, and its new direction outweigh. Statistics says that just over one year since the launch of Apple Pay in the US, the calculations with use of payment system was about 10%. Interest in mobile devices with the capabilities for contactless payment methods among the population is also not reduced.

According to J’son & Partners Consulting, the number of sold in Russia smartphones with NFC support today is 17-22% of total sales, and their share is growing. It continues its active formation of the NFC infrastructure in the market. According to the consulting Agency, in late 2013, Russia had about 25 000 payment terminals with NFC. During the year their number increased by 136% to 59 000. Now NFC infrastructure has increased to 150-200 thousand terminals (about 15% of all pos terminals).

Banks have no choice: to win customers, they will have to move forward — most importantly, to not be the last.