10 features 10 iOS, which Apple borrowed from the developers of the jailbreak tweaks

Every year in the framework of the conference WWDC Apple introduces the new 2016 version of the mobile operating system. This year the company showed off iOS 10, which, according to Tim cook, is the most significant release for all time of existence of the platform. iOS 10 can really boast of a long list of innovations, but not all of them were invented by Apple. For many functions, the company turned to the jailbreaking community is an endless generator of new ideas and solutions. 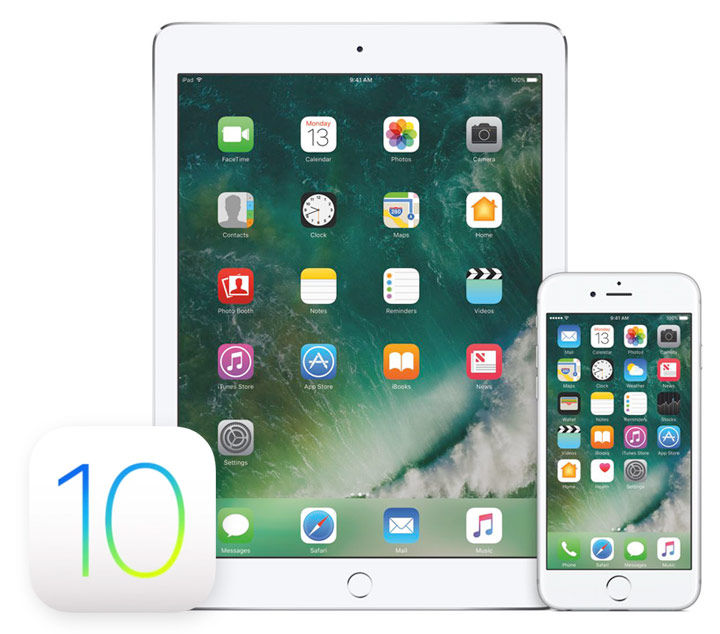 Let’s look at some of these functions existed previously as an informal application in Cydia.

Thanks to the new API SiriKit gave developers the ability to integrate their applications with voice assistant Siri. Previously this was only possible with jailbreak. Although the implementation of this feature leaves much to be desired, many developers create their own frameworks for access to personal Secretary. For example, the AssistantExtensions tweak is allowed to maximize the capabilities of the voice assistant Apple devices jailbreak.

Now all the developers got access to Siri and can integrate their products with Apple’s voice assistant, allowing you to control applications using voice commands. 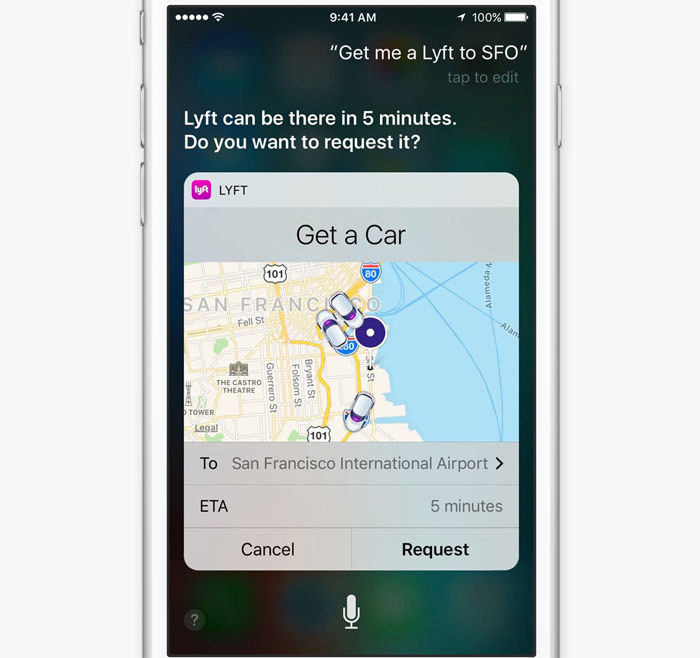 iOS 10 automatically displays the iPhone from sleep mode, if the device has received notice. It is more convenient to view all the information directly from the lock screen. This feature previously existed for iOS devices in the form of the tweak FaceOff, thanks to which the machine “went to sleep” when it was put on the table and “woke up” when the user took it in hand.

During the presentation, Apple paid much attention to the iMessage. In addition to the “animated and personalized features” in the application an opportunity to use stickers. Fans of this method of communication before polzovatelei tweak called StickerMe. He was allowed to send stickers from Facebook messenger, iMessage. In this case the recipient didn’t have to have an iPhone with jailbreak. 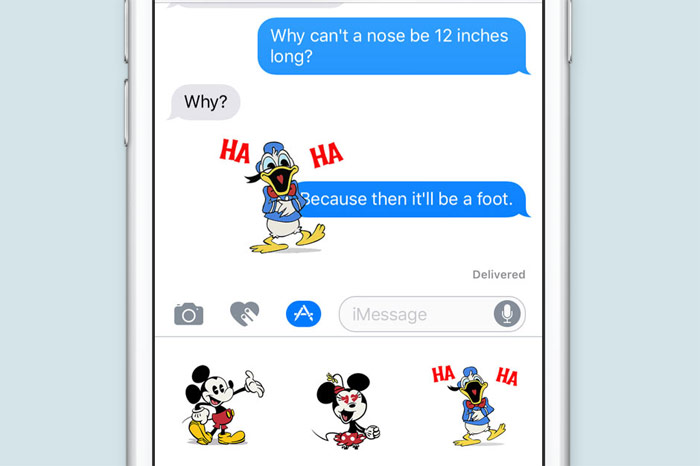 In iOS 10 the control was dynamic. If you had all the controls are on one page, then in the new OS panel is divided into several sections. As conceived by Apple, a modular system of control easier to manage. For example, if you listen to music, all related to the player interface elements will be on a separate tab. On jailbroken devices the same functionality is implemented using the tweak Auxo Legacy Edition. The add-in that is integrated with a multitasking panel that allows you to toggle swipe the different sections of the control. The Apple solution works about the same, but implemented slightly differently. 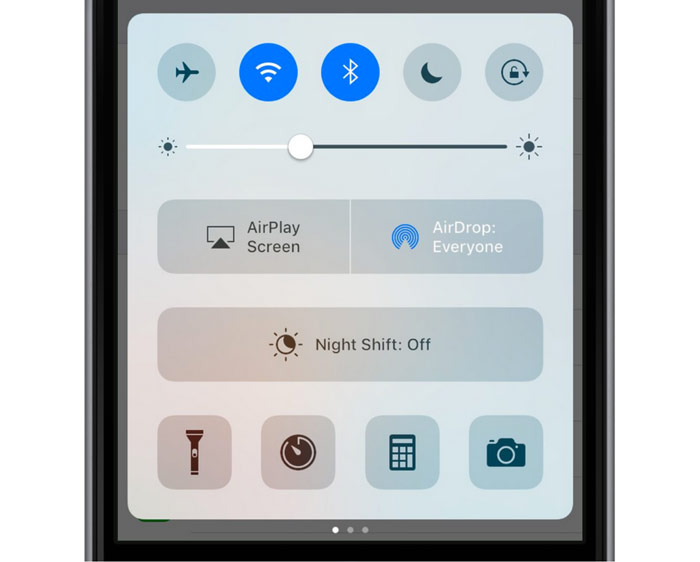 One of the main features of iOS 10 – interactive notifications. They output to the screen much more information. This innovation is reminiscent of notifications on Android, but with more rounded edges. On previous versions of iOS, you can get the same functionality by installing the package 3D Touch Notifications. The Apple interface is reminiscent of the jailbreak tweak. Although the functionality differs, the inspiration of “Apple” company avano drew in the jailbreak. 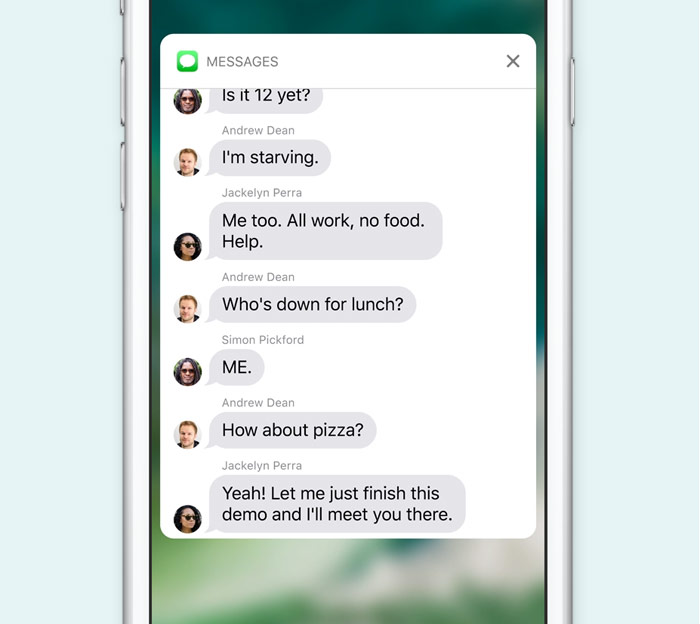 iOS 10 gives you the opportunity to use a 3D Touch to view the weather without having to open the app itself. This idea is not new and has been implemented in the form of a jailbreak tweak called Shortcuts. With its help, you can find the weather forecast from your home screen tap iOS with little effort on the icon “Weather”. 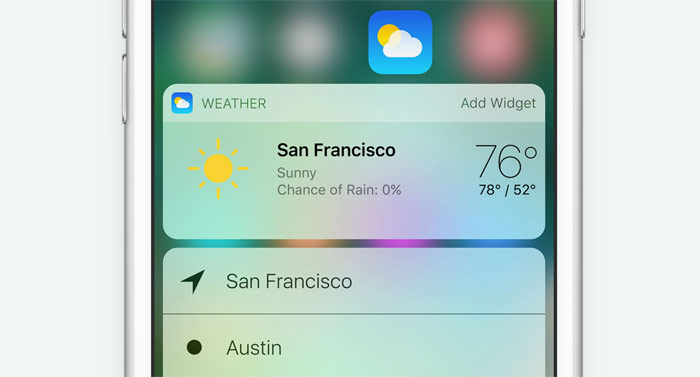 Because the 3D Touch is a relatively new feature that Apple didn’t have enough time to implement new features. In iOS 10 the company has paid more attention to the functionality of 3D Touch, borrowing some ideas from the jailbreak. Despite the fact that the implementation of Apple as a whole looks better, the idea of clickable icons appeared long before the release of iOS 10.

10 in the iOS interface the Apple Music completely changed: the app looks more aesthetically pleasing and more modern. But it is worth noting that the jailbreak developers have modified the appearance Apple Music since the days of iOS 8.4. With tweak 2 Gauss, for example, can completely change the design of the program, add effects to blur, change the color of text, background, etc. 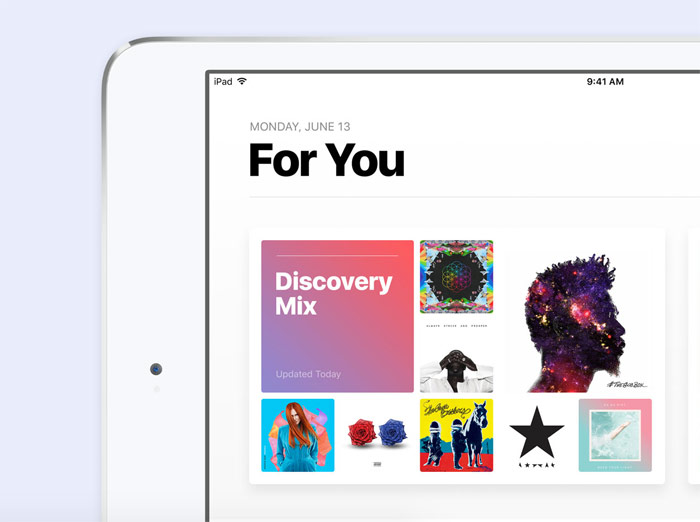 Sooner or later redesign of Apple’s Music would expect, but as we can see, the jailbreak developers are always a step ahead.

Another important innovation borrowed from the jailbreak-tweaks – the ability to send handwritten messages. Using the Grafiti tweak, you can send an unlimited amount of notes. In turn, Apple has paid more attention to the portrayal of animation and design, which is combined with a standard keyboard. In addition, iMessage allows you to see how the interviewee wrote the message in real time.

9. The ability to remove system apps

IOS home screen with many built-in apps, which are not always relevant to the user. Surely each of you wanted to remove, not hide in a folder the same “Tips” or “Shares”. The first tweaks to remove unnecessary software on iPhone and iPad appeared in Cydia a long time. One of them Springtomize. In fact he did not remove the apps and hide them from the home screen. 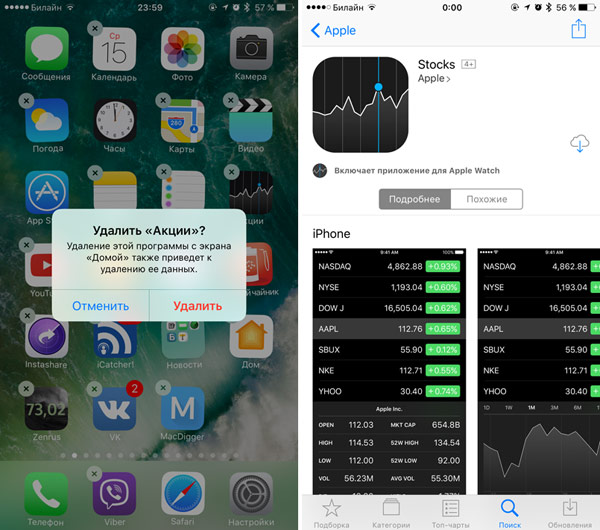 10. Widgets on the lock screen

For the first time in iOS 10 Apple added widgets to the lock screen. The idea of widgets for the day is not new, and in so many platforms, but on iOS, this functionality was only possible with jailbreak and, for example, tweak IntelliScreenX. Apple went in the other direction, making staff available widgets and third-party apps from the notification Center, in time, as the same IntelliScreenX was allowed to appear on the day a variety of information, including a Twitter feed, email and RSS feed. 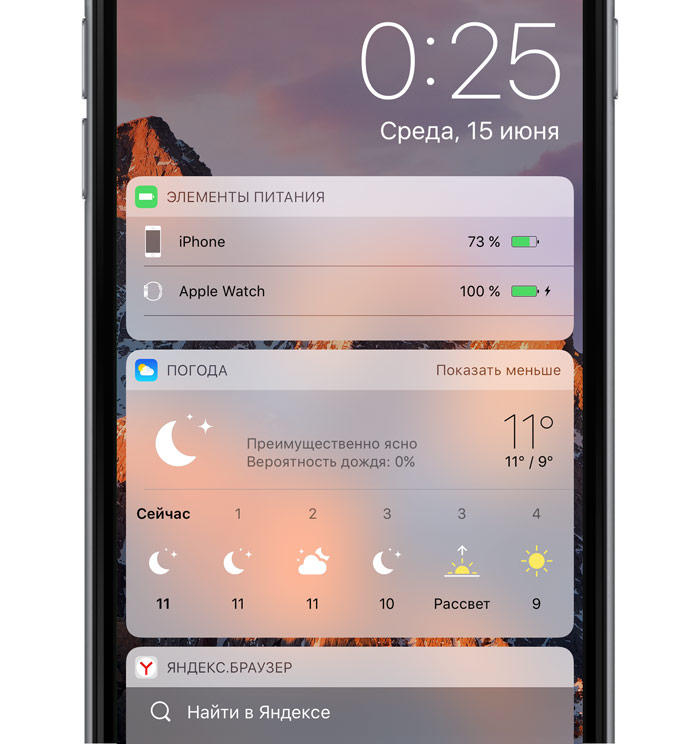