10 features Samsung Galaxy Note 7, which is not in any iPhone

On Tuesday, Samsung introduced its new flagship smartphone, the Galaxy Note 7 will be released in Russia in late August. The device is equipped with a 5.7-inch edge-to-edge screen, S Pen stylus and powerful hardware platform. At the moment the Galaxy Note 7 is the most advanced mobile device in the line Korean brand, so many resources to compare it with the iPhone 6s. 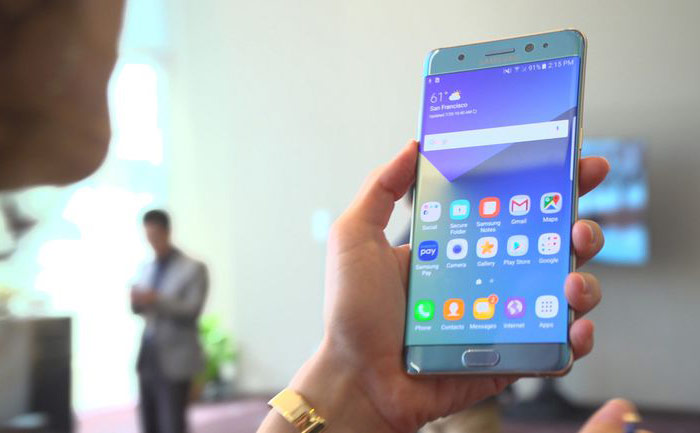 Technically Galaxy Note 7 is a great smartphone with a 5.7-inch display with curved edges. Compared with Note 5 of its width has decreased from 76,2 to 73.9 mm, and the weight dropped to 169 grams. Technically the screen is not different from the current Samsung flagships, the same resolution of 2560×1440 pixels, the processor became more powerful than the Galaxy Note 5, but identical S7 Edge — “under the hood” 8-core Snapdragon processor (Quad core 2.3 GHz and the same with a 1.6 GHz).

Resource BGR has listed 10 features of the Galaxy Note 7, which are absent from high-end smartphones of Apple. Among them are also quite useful in real life, and completely unnecessary features. More about this later in the article MacDigger.

Galaxy Note 7 is equipped with a stylus S Pen, which became waterproof and has a better sensitivity, faster response times, and small tip which is in size close to a standard ballpoint pen. According to Samsung, advanced feather enables you to perform tasks faster. For example, you can create GIF animation using the function “Select” save and translate any text or image to increase the usual touch. With a stylus you can also mix different colors, to quickly switch between the brushes. 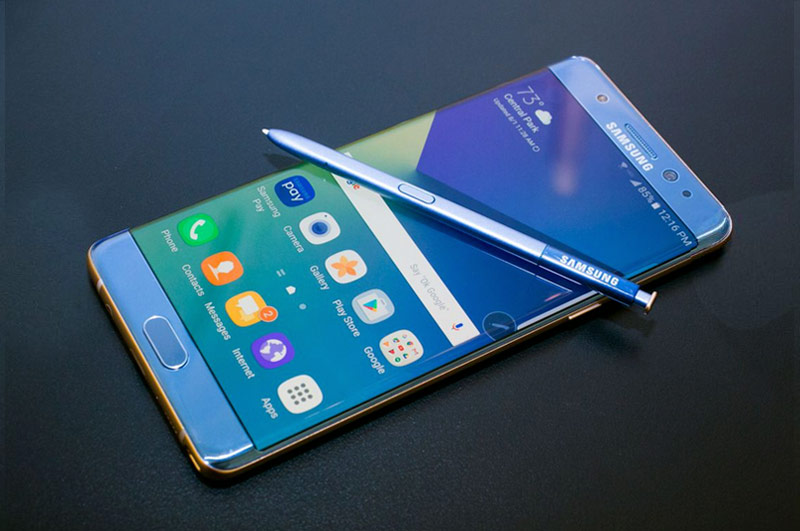 Galaxy Note 7 inherited from the younger models feature Always-On Display. Its essence lies in the fact that the screen in the locked state always displays the time, date, calendar, battery charging time etc. That is typical Always-On Display could be a feature of all South Korean smartphones with Super AMOLED displays, but was the only feature of the new flagships.

Thanks to the electronic pen Galaxy Note 7 allows you to take notes on the screen is off. Enough to get the pen and you can write, not including the smartphone. The user can quickly write something or draw, and then save it in the app S Note by pressing the appropriate button, or by inserting S Pen back. 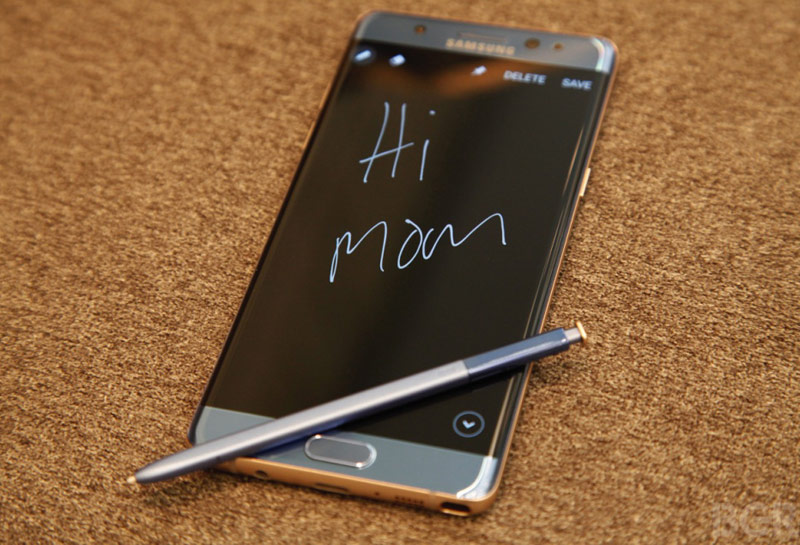 About the advantages and disadvantages of AMOLED and LCD, you can talk for a long time. If we leave aside the technology directly and to consider other parameters of the displays, the Samsung devices came out on top. The Galaxy S7 and S7 edge screens made by technology Super AMOLED. 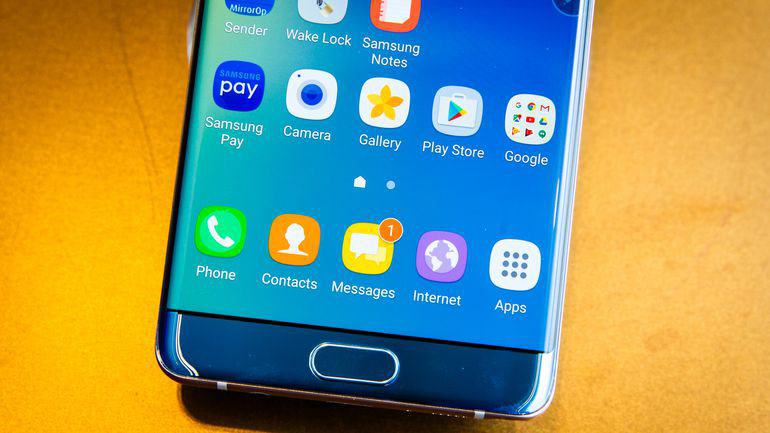 One of the main innovations in South Korean phablet has become the scanner of the iris to unlock a device just by looking at the center of the screen. Camera rasplachivaetsya after the recognition of the retina. Using this technology will also log into the application and carry out the payment service Samsung Pay. As noted by Samsung, unlike the fingerprint scanner, the iris will be impossible to duplicate due to its unique pattern. 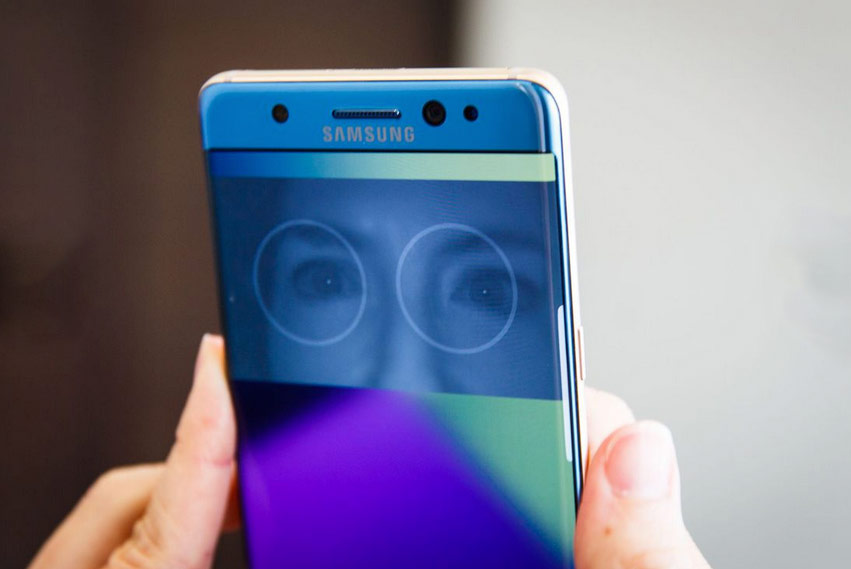 To protect data on mobile added two new features – Protected folder and Samsung Pass. In the folder, you can store photos, videos, and apps that contain information about payments.

8. Protection against water and dust according to IP68 standard

Galaxy Note 7 boasts protection from water, that is, it is possible to catch pokemon in the pouring rain, to use it as a shovel when building sand castles on the beach and sink in the bathroom. Degree of protection according to the international classification IP68. This means that Korean is completely protected against ingress of dust and can without consequences be immersed in water to a depth of 1 m. 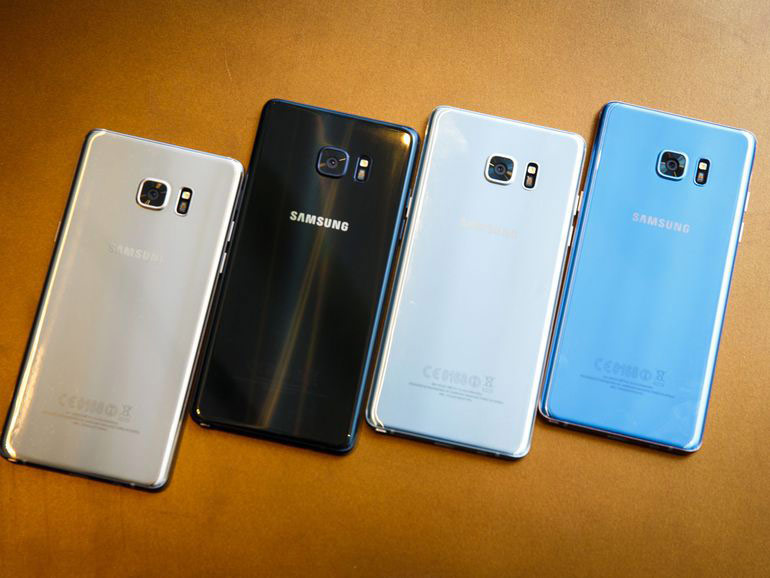 Also, as the Galaxy S7 Galaxy Note 7 supports memory cards Micro SD, which makes it easy to share your phone data with your computer, making it faster and more productive. In addition, if necessary, available capacity of gigabytes can easily be expanded, opening up more possibilities for storage of necessary information. The declared maximum size of maps is 256 GB.

The flagship of Samsung has got a battery capacity of 3500 mAh. The same settings of the iPhone 6s and iPhone 6s Plus – 1715 and 2750 mAh. It is understood, however, that the device is always a combination of factors, in particular, stability and optimization, quality of components, the power consumption of the screen. To consider working in isolation from these parameters is difficult, and sometimes impossible.