Today Apple introduced iOS 10 is the largest release of its mobile operating system. It significantly changed the kinds of Messages: chat with friends and family now more fun and interesting with features such as stickers and effects that appear on the screen. 10 Siri in iOS even better interacts with the applications, Maps, Photos, Apple Music and news presented in a new design, a new Home easy and safe to control all devices home automation systems from a single interface. 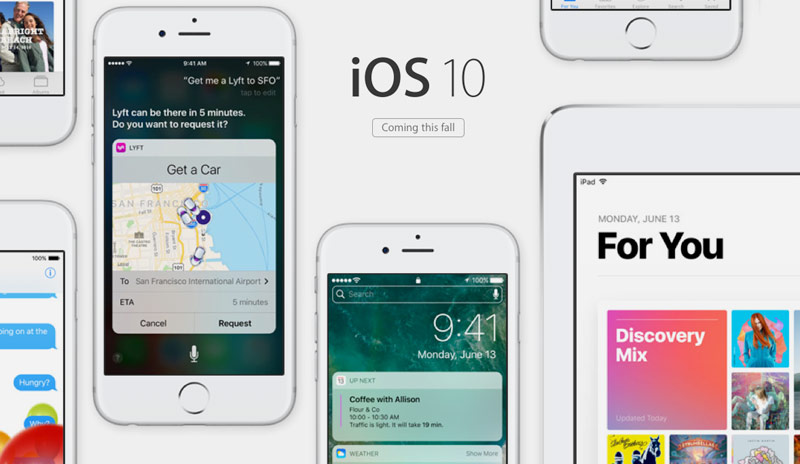 Apple updated the built-in apps, for example, a Split View in Safari on the iPad, implemented a joint working in Notes and editing feature Live Photos. Alarm clock Alarm Clock Bedtime helps to establish a regular sleeping and get alerts when it’s time to go to bed. MacDigger offers a list of the 10 most important features in iOS 10.

Message iOS users are permanent and iOS 10 opens up new ways to share emotions with friends and family with animated and personalized features. Messages support beautiful animated symbols, such as balloons, confetti, and fireworks, which can be displayed on the entire screen to set a festive mood, invisible inks — text message the recipient will see only when you hold your finger on it — as well as handwritten notes for added personalization. Automatic hints will help you easily change the text on the symbols, emojis, Tapback — easy and fast way to answer in one touch, and support for media content in the links will allow you to browse and play the content without leaving the conversation. 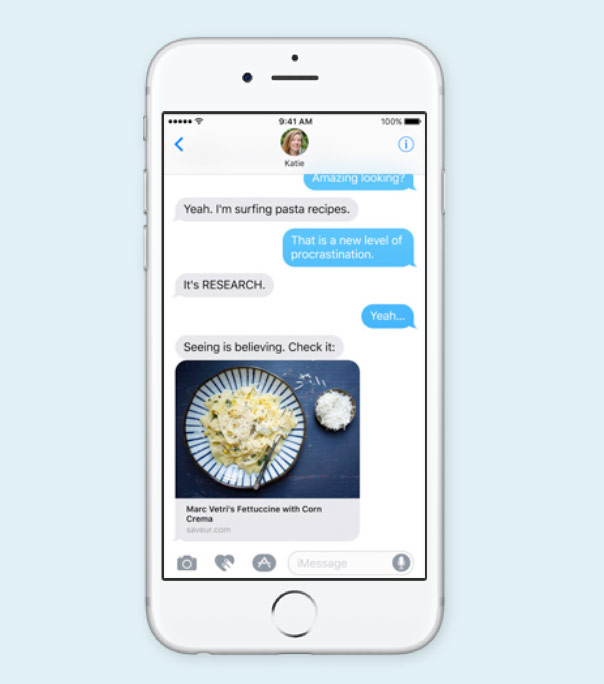 In iOS 10 features from App Store apps you can add to Messages. Developers can offer users new ways of communicating, including to select, and add stickers to the conversation, quickly edit the gifs or photos, send payments, to invite to dinner or a movie — and all this directly in Messages. 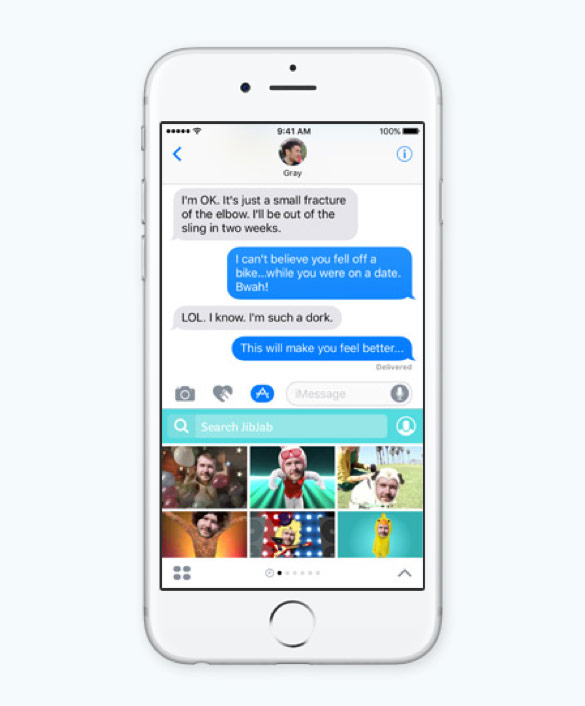 2. Siri is open to developers

IOS 10 in Siri, you can add new basic functions and further extend the functionality with support for your favorite applications. For the first time developers can tap into the intellectual capabilities of the assistant and offer users to control applications using voice commands. Using SiriKit, developers can easily create apps with Siri support for messaging, making calls, search, photos, booking travel payments and personal training. In addition, with Siri you can control the CarPlay application, adjust the air conditioning or the radio through applications from automakers. 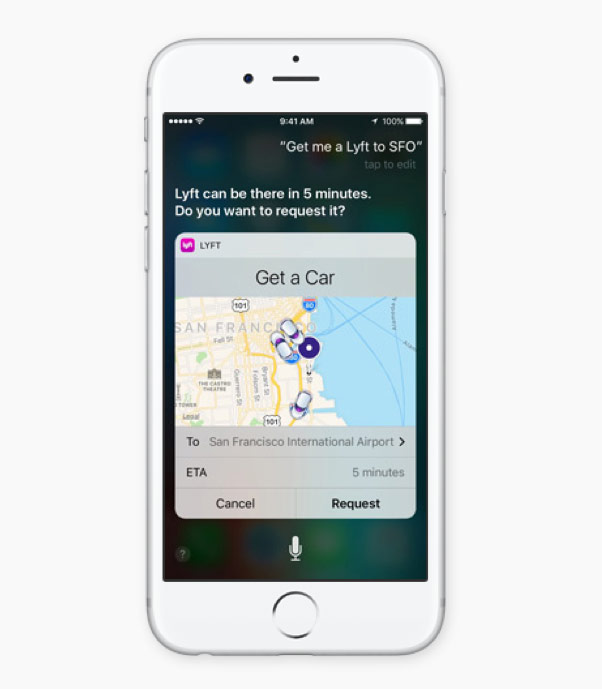 In Maps in iOS 10 the new design, and to work with them becomes even easier. Now added support for extensions. For example, the OpenTable app can be noted on the Maps of the restaurants where you made reservations. And in such services as Uber and Lyft, users can book a trip directly from the Cards. Thanks to the new analytical functions of the Card better understand the user and route through places he is likely to visit, based on his daily routine and marks in the calendar. When the route planned in the map you can locate gas stations, restaurants, cafes and other establishments the road and learn how to increase the time of the journey taking into account stops.

4. Remember the best moments in Photos

Photos in iOS 10 will help you to relive the most important and forgotten moments stored in your photo collection, automatically displaying them in the mode of Memories. The Memories feature scans all your photos and videos, favorite finds or long-term events and trips or your friends and displays them in a beautifully designed collection. Mode Memory is a function of Memory Movie, which automatically creates a movie with music, titles and transitions from frame to frame in the style of the film.

In Memories used advanced facial recognition technology, objects and places that groups images depicting people, places and objects in private albums. With this smart function will revive Memories in memories and protect your privacy.

The Home is fully integrated into iOS. This is a simple and secure way of configuring, managing, and monitoring devices smart home from a single interface. Devices can be controlled individually or combined in groups to configure all devices with one script and even one command for Siri. Managing devices remotely, you can also configure the control via the Apple TV or enable the automatic change of settings depending on the time of day, your location and actions. 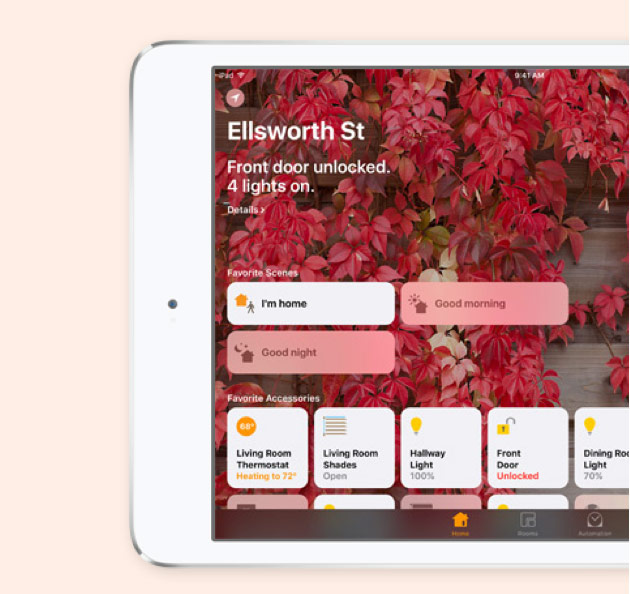 Apple Music a completely new design, and each function has become even easier and more intuitive. Thanks to a new approach in the design of all the attention given to music. With the new structure of the application management and the search for new compositions became simpler. Tab design Library”, “Europe”, “New” and “Radio” is completely changed and makes it easier to navigate the app. We also added the tab “Search” to find music easier. Thanks to these changes the interface was better and easier. In iOS 10 also the new design of the News. In a new tab “For you” news divided by topics and it is easier to find interesting articles to follow the events and issues of paid publications. 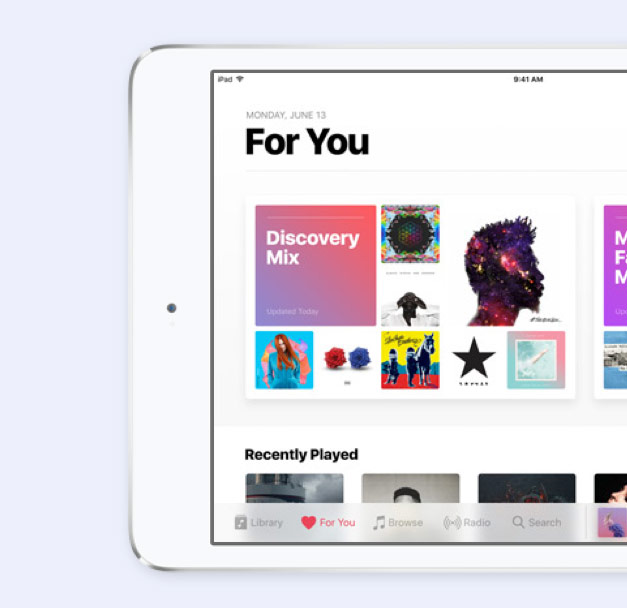 7. Interactive notifications and the Raise function is used to Wake

IOS 10 is even easier and faster to access information that you need right now. The Raise function to automatically Wake the screen from sleep when you lift the iPhone is so convenient to view all the notifications directly from the lock screen. Notifications, Today view, and the control can be unlocked with one swipe or click. And thanks to the closer integration of 3D Touch on the iPhone 6s and iPhone 6s Plus to work with applications much easier. 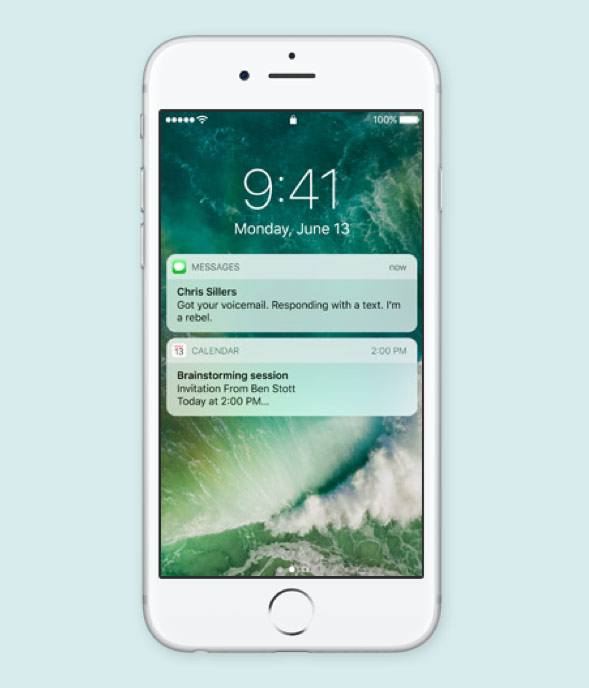 In Phone added support for calls to IP telephony via third-party services that convert Voicemail messages into text, expanded the IDs of the new subscribers to prevent spam.

Now with Apple Pay in addition to payment in stores and apps can easily, safely and securely make purchases on web sites with Safari support this possibility.

Security and privacy are the basis of all Apple services. In the application iMessage, FaceTime and HomeKit technology is being used trunk encryption to protect your data — neither Apple nor third parties will not be able to read them. In iOS 10 apply intelligent technologies to detect people, objects and places in the Photos and input options QuickType. Services such as Siri, Maps, and news, communicate with Apple servers, but these data are not used to create a user profile.

In iOS 10 Apple begins to apply the technology of Differential Privacy, which helps to identify common concepts among a large number of users without threats to their privacy. In iOS 10 this technology will improve the QuickType suggestions, emoticons, options for external references in Spotlight and tips in the Notes.