11 iOS ahead of iOS 10 for number of installations

Analytics company Mixpanel has presented data showing that, after little more than three weeks after its release, iOS has overtaken iOS 11 10 number of installations. 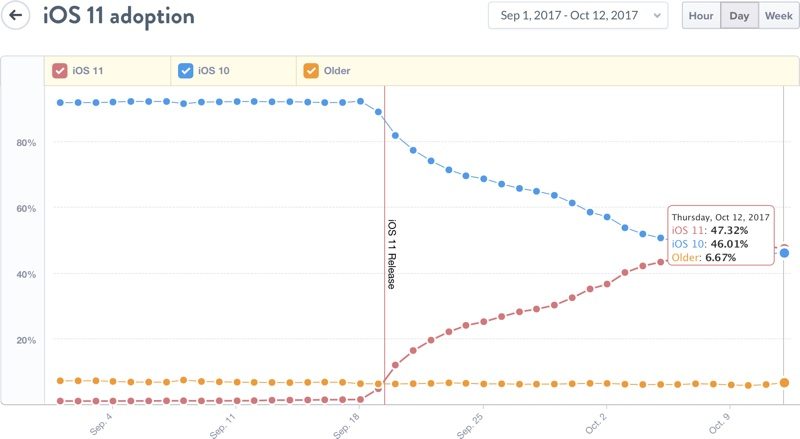 Now the latest version of the operating system installed on 47% of devices as running iOS 10 is 46% of smartphones. At the same time, nearly 7% of iPhone and iPad still on iOS 9.

However, the transition from iOS 9 iOS 10 have been much faster. In 2016, iOS 10 ahead of the last version of the firmware after just two weeks. For the two-week mark iOS 11 was established only 38.5% of devices. But the level of updates is growing. A day after the release of iOS 11 was set to 10% of the devices, and in a week the number of downloads of the new firmware reached 25%.

Apple has released three minor updates for the new iOS to fix bugs and resolve issues discovered after the release. The most recent update, iOS 11.0.3, released on October 11.

The company is still working on the first major update to iOS 11.1, which should encourage users using Apple devices running iOS 10, to upgrade to the new firmware version. In the meantime, those interested can take part in the public beta and install iOS 11.1 beta 2.