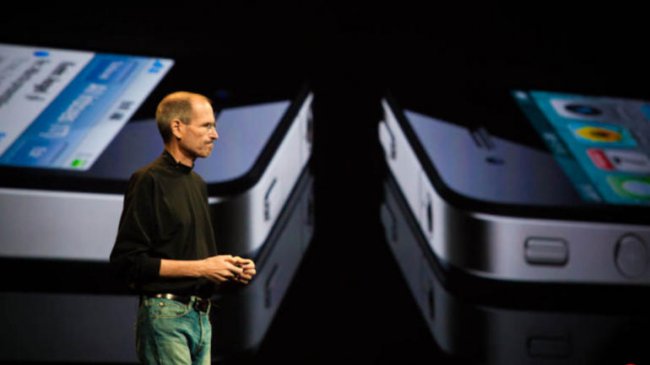 Very soon starts WWDC 2015, and the main issue of concern to Apple fans, is: “And will show whether the company is some new device or cost is the software update?”. As the answer to a question no one really until, media decided to raise the important subject of “the other side” — remember that the manufacturer has demonstrated at previous developer conferences.

Edition СNet, for example, has prepared a list shown at WWDC devices for 12 years. It looks like this.

In 2003, Steve jobs showed the audience a computer with a 64-bit processor, which could be considered the fastest at the time. The cost of new items was $ 1999 USD.

In 2006, Apple said goodbye to welcomed PowerMac and MacPro. The first model of the professional workstation cost $ 2499.

The second iPhone was shown during WWDC. The model is called iPhone 3G because it could work over 3G was faster than the previous one.

A year later, in 2009, Apple has also pleased fans with a smartphone. The world showed the iPhone 3GS (the first iPhone with the letter S, which now accompanies him through the year).

2010, and again smartphone. iPhone 4 got a new design, and very pleased users.

It seems like yesterday, but no, Apple introduced the first MacBook Pro with Retina display in 2012.

In 2013, the Mac Pro received a new design (in the form of a “three-liter banks” black color), which caused a mixed public reaction.

As you can see, “physical” goods were displayed vendor does not every year. Will there be new shows this year? What? What is your opinion?