13 “chips” iOS 11, Apple borrowed from the developers of the jailbreak tweaks

Every year Apple releases a serious update to its mobile operating system. On Monday, the presentation 2017 WWDC where the company showed off iOS 11 with a huge number of new features. As it became clear many of them were borrowed from the developers of the jailbreak tweaks. 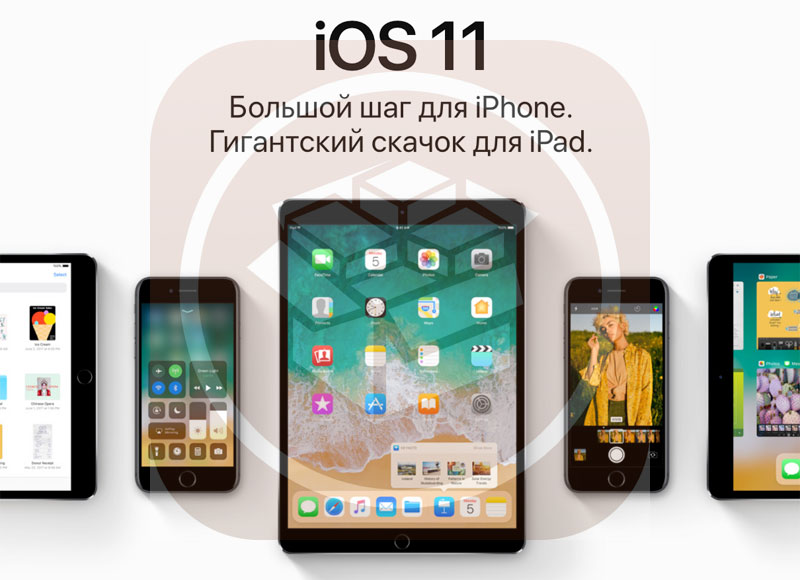 For the first time of the existence of iOS, Apple has allowed users to customize the control without having to do a jailbreak. Now you can add buttons and switches that you need, and arrange them in any order. 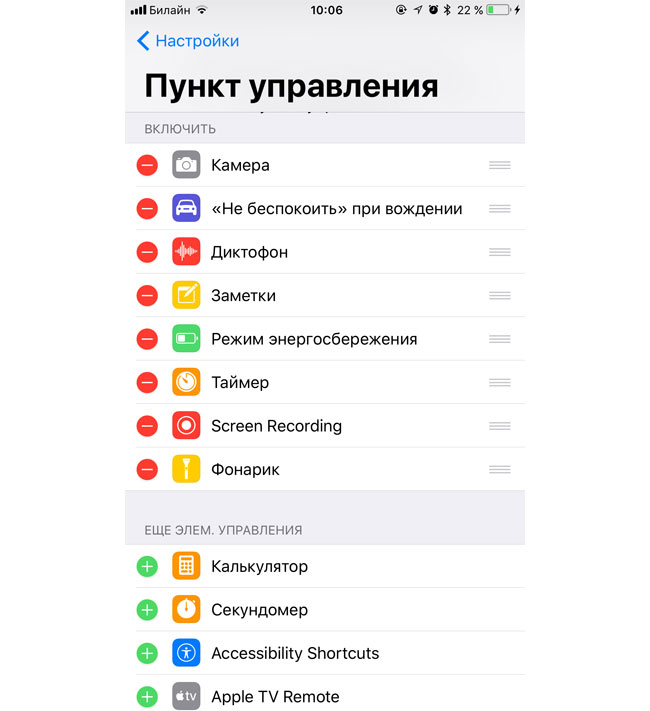 The idea is not new, as many developers have already released their own tweaks that allow you to customize the control. For example, CChide or Onizuka.

iOS 11 allows you to start recording video from the screen one touching the corresponding icon in the control center. Screencasts for a long time remained a unique feature for jailbroken devices, but then Apple has implemented this functionality in QuickTime on macOS. It was quite uncomfortable, as for video recording you have to have a MacBook. 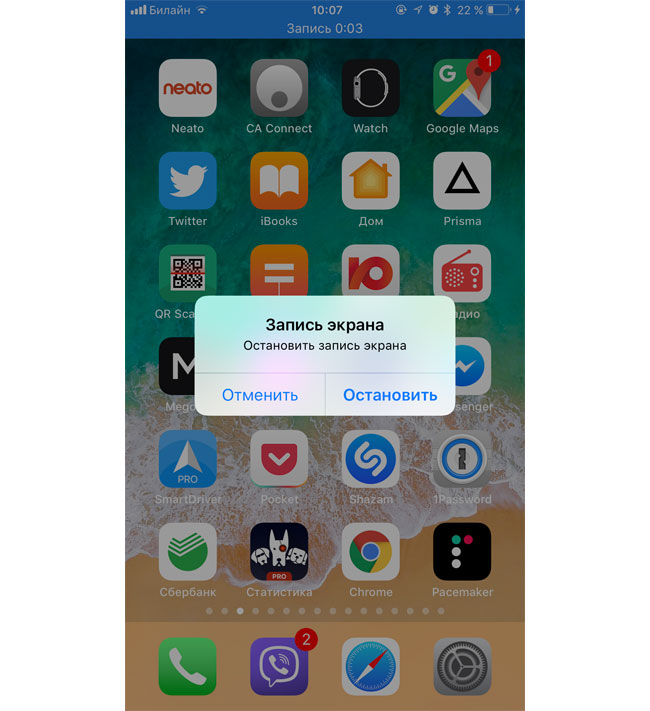 The most popular program of its kind and was, perhaps, Display Recorder by Ryan Petrich, but there are also CCRecord, the application that adds a record button directly in the Item management.

3. The ability to pin important notes

At WWDC Apple showed the updated Notes app, which now supports pinning individual notes so you can easily distinguish them from the rest. 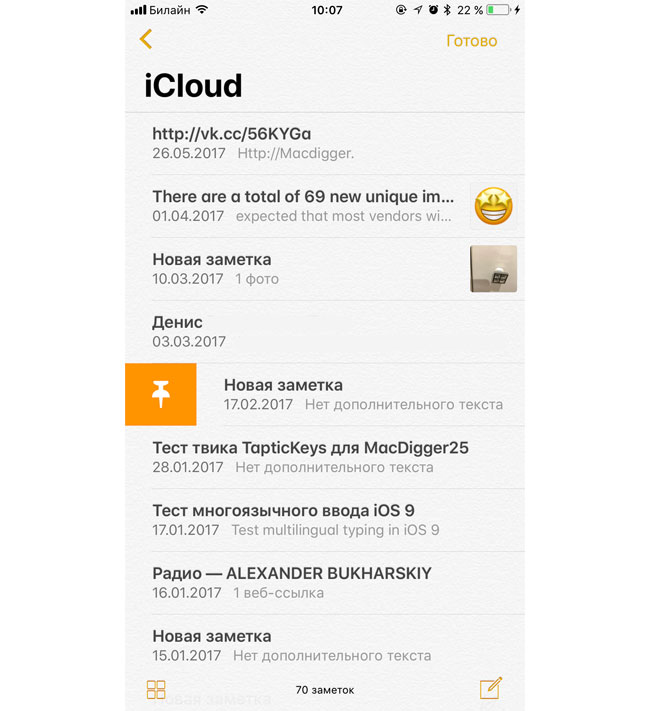 If that strikes you as something familiar, perhaps the fact that the tweak Thumbtack allowed to do this even in iOS 10. Besides, Thumbtack placed the pinned notes at the top of the program, while Apple just makes them stand out.

4. Switch mobile network in the control

Apple finally provided the option to disable the mobile network directly from the control room. Now when flights are not necessary to enable offline mode, and then separately activate Bluetooth and Wi-Fi. In iOS 11 comfortable and just turn off mobile data if not needed. 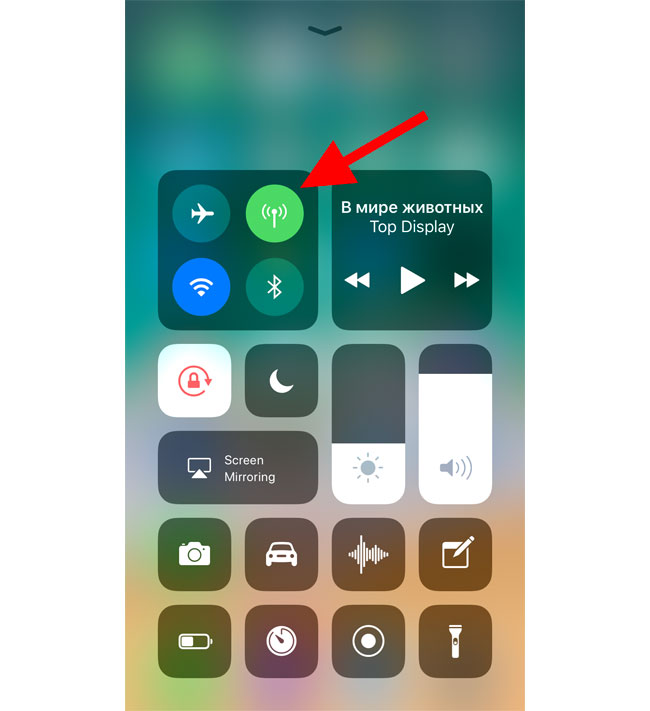 The jailbreak community has already responded to requests from users tweak CCDataMore, who also added the green network switch in the control room.

Apple has significantly improved Siri in iOS 11, updating the voice and adding a new command. But there is another feature voice assistant – translation from one language to another. 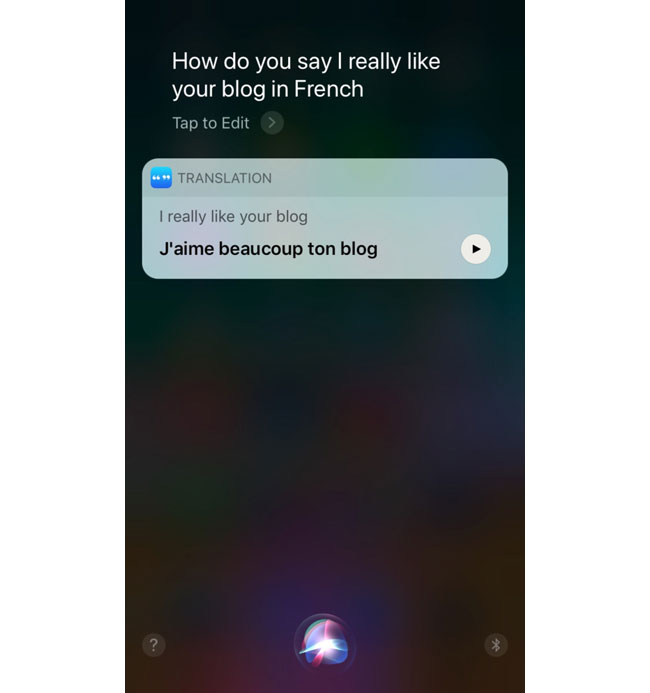 This feature customers have been asking for a long time, but the jailbreak community has offered it first. Using Supplement AssistantExtensions, released a couple of years ago, it was possible to turn Siri into a translator.

Without the need to install third-party apps, of course, to use more convenient, but the jailbreak developers have definitely served as inspiration for Apple.

Android device supports it always, and in the App Store there have been many QR code readers. But in the stock iPhone camera this functionality is very needed. 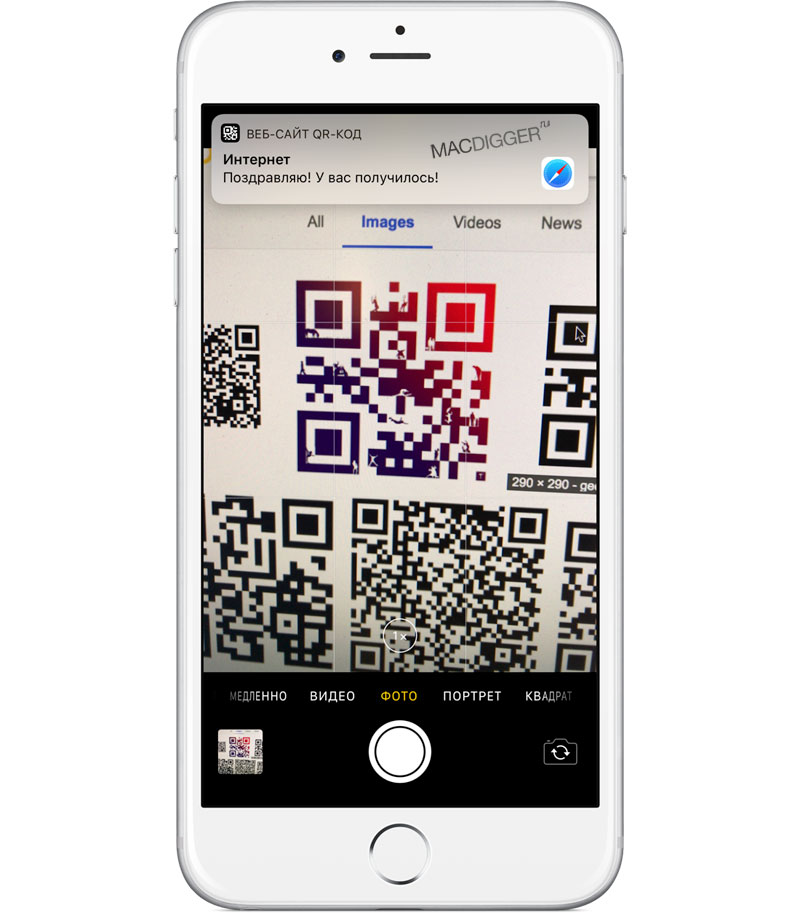 In iOS 11 appeared the QR code, but some of the jailbreak tweaks is more pleasing to the users of such functionality. For example, NativeQR activated the scanner into the stock camera app.

In order to customize your homescreen in iOS, it was necessary to go to special mode and then move the application icons one by one. IOS 11 you can move multiple apps between pages. Previously this feature was offered by the developers of the tweaks MulticonMover and MultiActions. 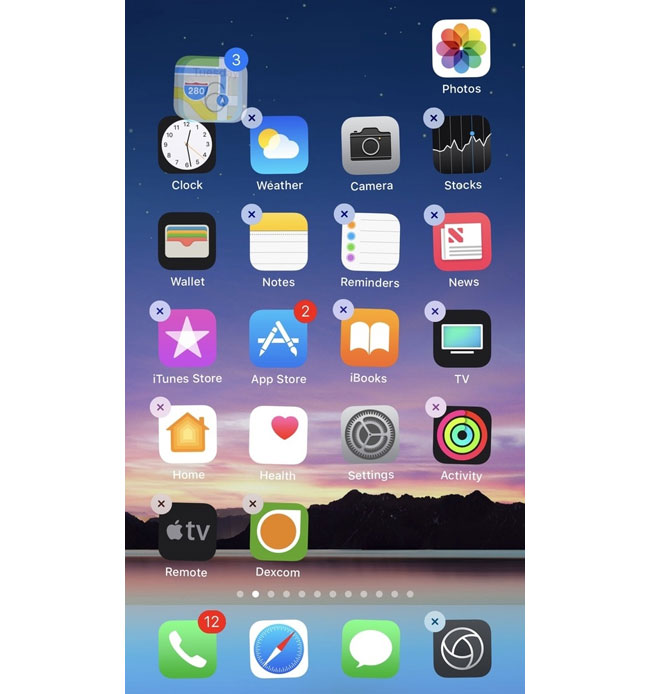 The stock Photos app in iOS has never supported GIF images, they looked like normal pictures. With the release of iOS 11 allows you to view “gifs” without third-party software.

The tweak GIFViewer, released several years ago unlocked the ability to view animated images on your iPhone and iPad. So here the jailbreak community is ahead of Apple.

Although officially Apple does not call this “dark theme”, but in iOS 11 is the ability to invert colors and to achieve a dark interface. 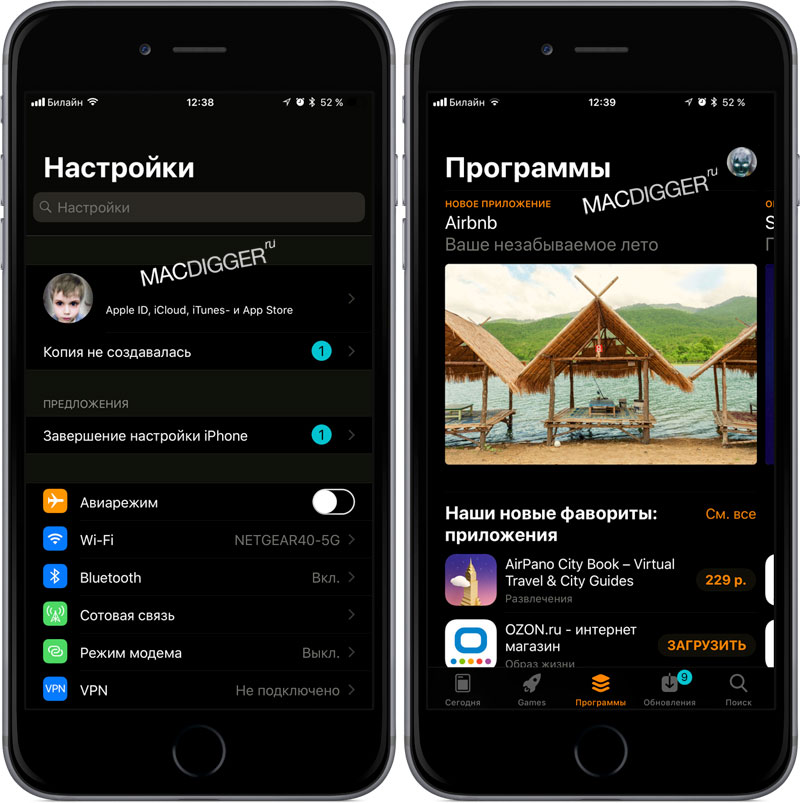 In General, the feature looks like a mix of tweaks Noctis and Eclipse. Noctis developer even said that is not going to update the tweak for iOS 11.

“Smart invert” it works well in the branded Apple apps, but third-party apps interface looks terrible. The same can be said about the tweaks that have activated this feature in iOS 10.

Energy-saving mode is extremely useful when there is 30-35% battery, but on iOS it is always been difficult to reach, as the switch was deep in the iPhone settings.

IOS 11, the corresponding switch can be added to the control. This functionality offers new tweak CCLowPower for devices running iOS 10.

Again, even in iOS 10 present the code to switch power saving mode, but the users was not available.

11. Control mode with one hand in keyboard

Another significant innovation borrowed from the ocean of the infinite ideas of the jailbreak community, — control mode with one hand in the keyboard. 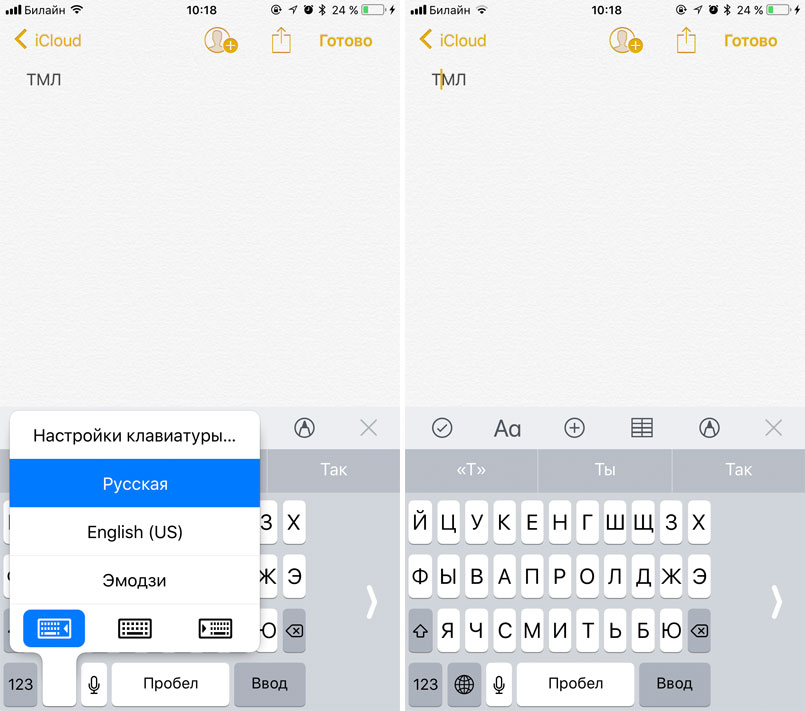 To date, the display size of iPhone is 4.7 or 5.5 inches, which is typical for a modern smartphone, but some people are still uncomfortable typing the message with one hand. That’s why Apple added the ability to shrink the keyboard and attach it to the right or left side of the screen.

The idea resembles the tweak OneHandWizard which reduced the iOS interface to the size of a 4-inch display. Apple does not completely change the size of the interface, and makes less only the keyboard.

AirPods headphones have become quite popular, but their main problem is the inability of customization. 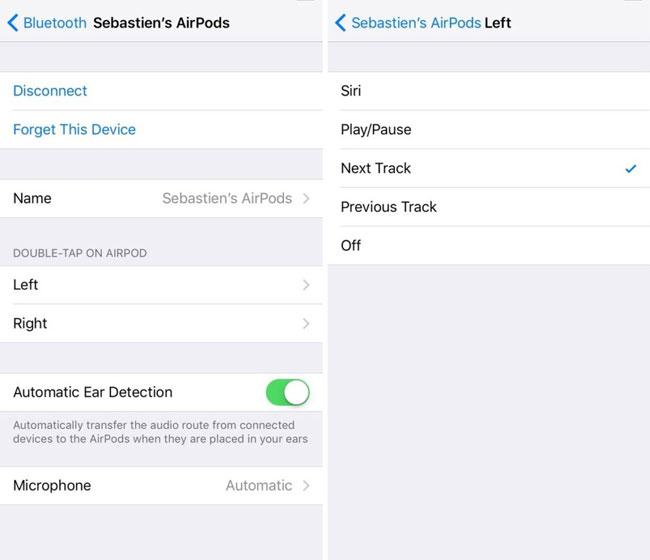 iOS 11 allows you to change the action for touching the left and right headphones. Perhaps Apple had some plans about this, but the jailbreak developers once again ahead of the “Apple” company, releasing the tweak Siliqua. The utility was in beta status, but, nevertheless, it can be download and use.

The location of the volume control has always been a problem for iOS users, as it took up most of the screen. Moreover, it distracts from watching videos or playing games, so still and did not look very nice. 11 iOS have solved this problem by the location of the controller in the upper right corner both landscape and portrait mode. 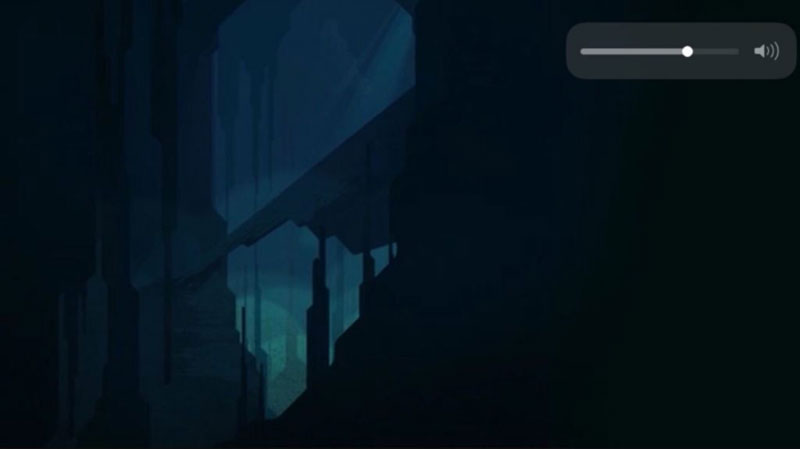 In repositories of developers you can find a lot of tweaks that change the design and layout of the volume control. For example, StatusHUD or more modern Sonus.