15 innovations that await us in the iPhone 8

Bloomberg made a list of all the new features that will be available to owners of iPhone 8. 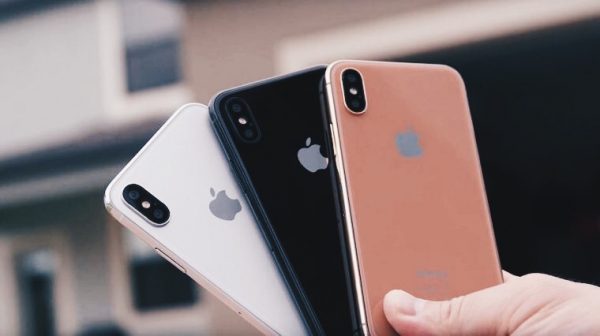 It is expected that in the fall Apple will introduce three smartphones, but the biggest interest is the iPhone 8. According to rumors, he’ll get edge-to-edge OLED display, 3D scanner facial recognition and wireless charging.

Bloomberg notes that many of the innovations of the iPhone 8 already used in Android smartphones, for example, unlock by double tap and Always On Display. Nevertheless, the implementation from Apple, is likely to be better than other manufacturers, because the company focuses on providing the best user experience. 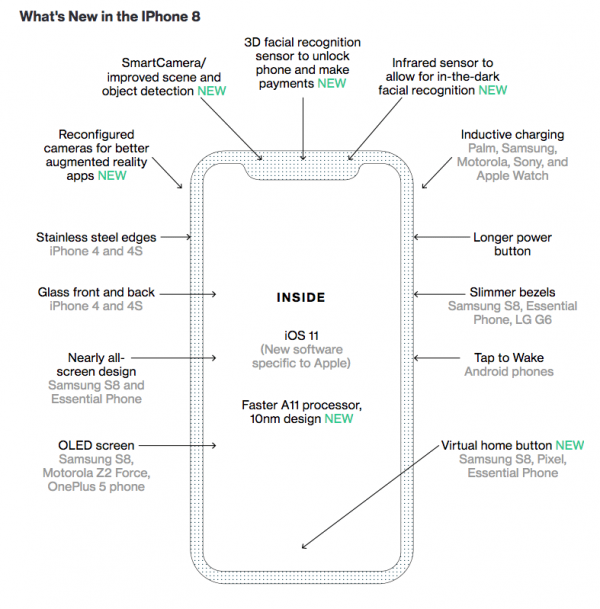 Virtual Home button will probably be implemented a lot better than existing versions on many Android devices. Bloomberg suggest that the rear camera is mounted vertically to the augmented reality worked best.

3D face scanner Bloomberg called the “pearl” of the iPhone 8. In addition to unlocking the device, it will also be used to authenticate transactions with Apple Pay. The sensor can recognize the user’s face for a few hundred milliseconds. It will perfectly work in low light conditions. For this, the company placed on the front panel of the iPhone 8 several infrared sensors.