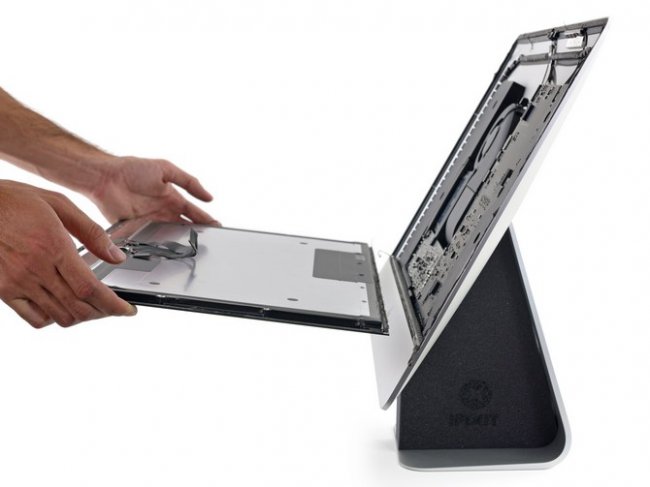 iMac Retina 2015 model year was quite highly appreciated by the first reviewers. However, the engineers at iFixit managed to find a number of critical shortcomings, giving it the lowest rating of maintainability.

21.5-inch iMac equipped with a 4K Retina display production LG Display. And as the “heart” of the whole hardware system uses a processor from Intel i5 series. Responsible for the graphics accelerator Intel HD Graphics 6000 or its Pro-version with index 6200.

Interestingly, a significant regress in comparison with the previous generation was subjected to the module internal memory. Now this is not the usual Flash-drive, and a hybrid called the Fusion Drive. “New” development combines SSD of 24 GB and terabyte hard drive with a speed of 5400.

As for RAM, it is all more than decent. Modern monolights are equipped with two chetyrekhyadernye “straps”, for a total of 8 GB of RAM. However, up to professional level Mac Pro still falls short, although the 27-inch model has the possibility of expansion of RAM up to 64 GB.

Now about the shortcomings of the iMac. Actually, even too much. In the case of a repair, monoblock specialists have to sweat. First, the perimeter adhesive tape is removed extremely reluctant to, hampering access to the “innards” of the device. Secondly, the “bar” of RAM is still soldered to the Board, making handwritten to upgrade them almost unreal. That is why the expansion up to the desired volume is impossible. By the way, the 27-inch model is devoid of this shortcoming. Thirdly, the processor is also soldered to the Board, that does not promise anything good repairmen. And, fourthly, the Retina display is a single “sandwich” of fused glass and LCD panel. In the event of a breakdown, his replacement will be the most significant waste. 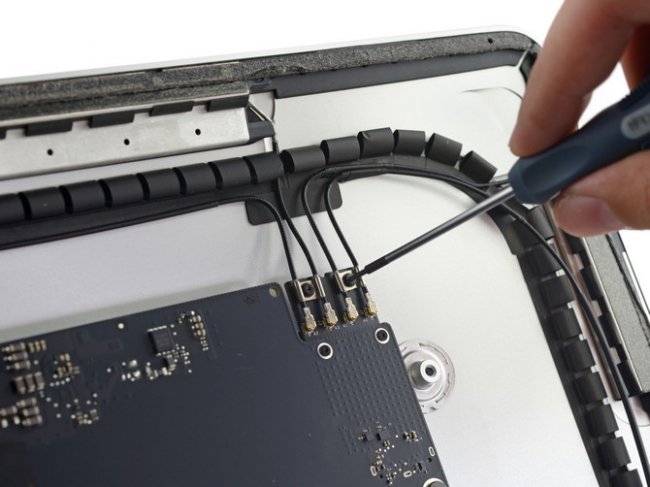 On set of disadvantages maintainability 21.5-inch iMac was priced at 1 point out of 10 possible. In such cases the history did not recall, even the iPad mini 4 earned 2 points. Apparently, to fix Apple equipment is becoming harder and harder. But, perhaps, it is the protection from unauthorized access?