25 years Newton: the worst Apple product without which it would not have been triumph

29 may 1992 by the then Apple CEO John sculley introduced the first tablet of the company Newton. The device, which debuted 25 years ago, had the potential, but nevertheless proved a complete failure for the company. It came too soon and marked the beginning of a dark era for Apple — then it almost went bankrupt. But Newton also and saved her. Without problems arising from the new tablet, Steve jobs could return to Apple in 1997. And who knows, we might have been then iPhone and iPad. 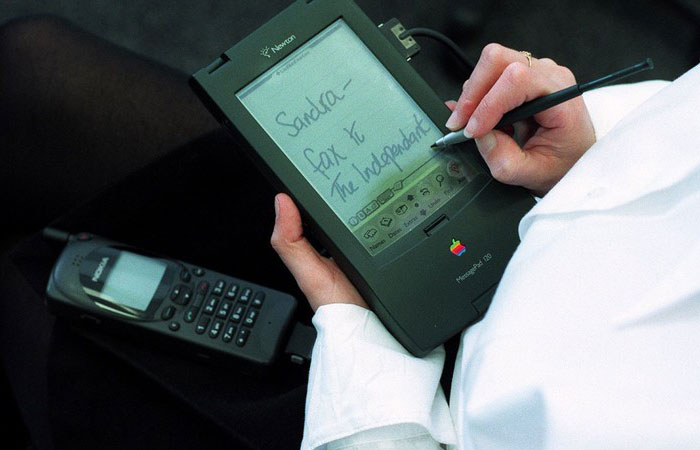 Immediately after returning to Apple, jobs closed the Newton project, which has been criticized, writes Insider.pro. Many believed that he destroyed it on purpose to annoy Scully. But how bad was the first tablet?

In many ways the Newton was an innovative product. First, he could connect to the network and transmit data at a distance using the infrared port. Second, it recognizes your handwriting. Finally, the tablet had a self-learning and getting better with frequent use. In conjunction with the advanced kit for the time applications, such as notes and phone book, Newton looked good.

However, Newton — in all its varieties (in six years Apple has released seven models) were terrible. Data transfer was very slow. The screen was even worse. Just look at this ad, released by Apple, and imagine that you need to do some work on this tablet.
The handwriting recognition was so bad that he became a target for many jokes. One of the most popular appeared in “the simpsons.”

But much of what today seems to us to be so horrible is not the fault of the Newton. Just the world was not yet ready for such a tablet: mobile processors were not powerful enough, screen is not convenient enough, while wireless communication was not quality.

Fortunately, Apple has not abandoned the concept of a tablet, and many ideas and developments are reflected in the iPad. In this light, Newton does not seem a failure. It was the first attempt by Apple to create a tablet. Yes, she was unsuccessful — but after 18 years, the company still managed to create a decent product and earn millions of dollars.