The developers at Silicon Valley has introduced an application that creates three-dimensional models. It should appeal to those who are tired of selfies. 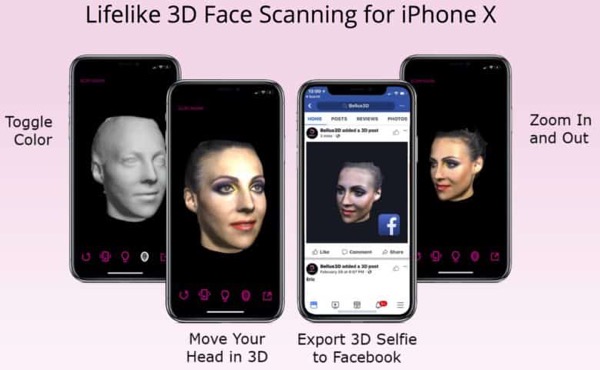 Apple has repeatedly boasted that their technology of 3D scanning with a camera TrueDepth ahead of the design competition in the years ahead. Developers do it all the time with new products tied to front camera iPhone X.

At this time, the company Bellus3D released app, scanning the face of the user. It creates a three-dimensional model of the head, which can be viewed from all sides, and then publish to any social network. Looks futuristic, given that previously, a similar effect can be achieved only by using a professional 3D scanner.

The application creates the user’s face over 250 000 points, on the basis of which built a full three-dimensional model of the face. In theory, this time can be used to create medical applications. For example, for plastic surgeons.

App Bellus3D Face App is not yet available in the App Store and is in the testing phase. Immediately after its release, the developers will release the tools FaceSDK to other companies can add the advanced system of 3D scanning in their programs.