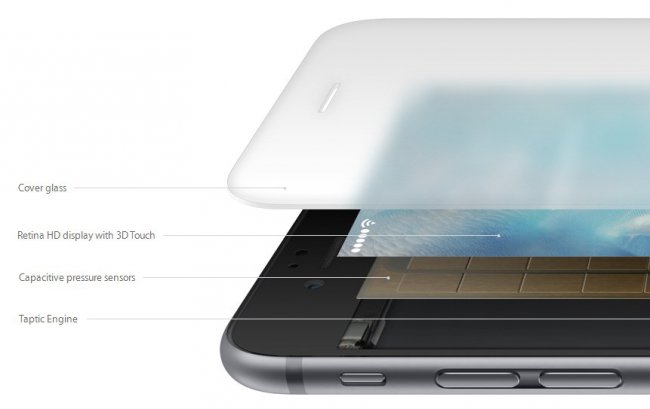 What can force us to buy the iPhone 6s? Live photos or the color pink? Rather called the taptic Engine and 3D Touch. Apple can introduce technologies that force us to use not changed externally, the device is quite different. A good example is Touch ID, introduced in iPhone 5s. However, not so long ago, this was really helpful, when third-party developers have begun to actively use it in their applications. As soon as we start to see the benefits from the appearance of the 3D Touch?

Maybe someone today can’t live without screen, is able to recognize pressure sensitivity, but it is worth noting that even in new iPad this technology is not yet used. It will take time before you see more devices that support 3D Touch and more third-party applications. Supplier of components for touch screens that works with Apple, company TPK and its CEO, believes that 3D Touch technology will take another 3 years to become something really necessary.

Michael Chang explained that for forming their own ecosystems each new technology takes about a year before active growth of its use. So, the General Director TPK not wait until a large number of applications with 3D Touch in the App Store, at least in 2016. Of course, some of the popular apps already updated for the iPhone 6s, but the way they use the possibility of recognition of the pressing force, clearly does not reveal the full potential of technology.

According to the materials of CTIMES