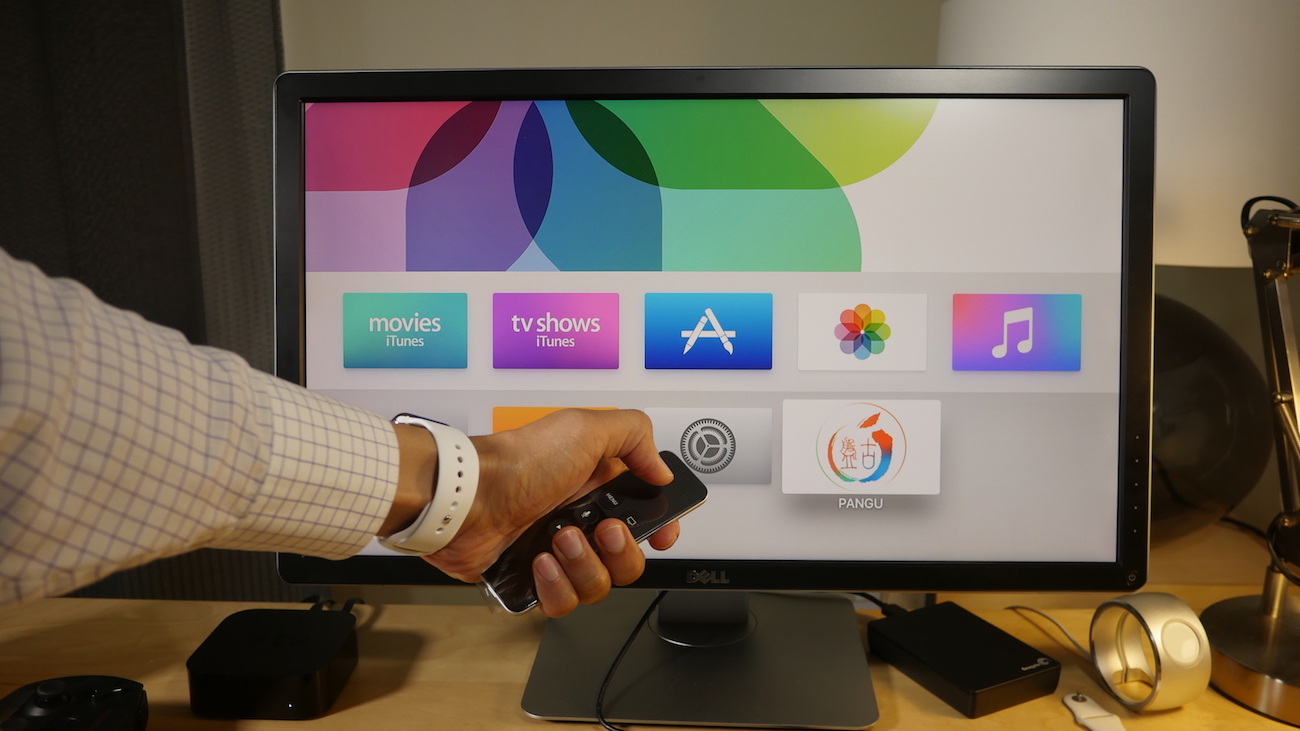 As promised earlier, the Chinese team of hackers Pangu have released the first ever tool to jailbreak the fourth-generation Apple TV. But if you think that after this procedure, you will immediately be able to run on its set-top box games or PlayStation with free satellite channels, forced to disappoint you: at the moment, good of this utility is extremely small.

First, the jailbreak only works on Apple TV installed tvOS tvOS 9.0 and 9.0.1, so if you have already upgrade the firmware to a newer version — you may not read. To revert to a previous build so far too not possible.

Secondly, the tool offers the only possibility of access via SSH and does not possess any graphical user interface, such as Cydia in iOS. By and large, this jailbreak at this stage will only be of interest to security professionals and application developers. Simple users of this utility at the present time to learn can not.

To perform this procedure, you must download the utility Pangu 1.0, and also have the USB cable-C, Mac, Xcode, and, of course, the Apple TV 4 with the desired firmware version. Although the developers claim that you also need a paid membership in the developer program, enthusiasts have found a way to carry out the operation using the free Apple ID. If you are interested, try Google, but do not forget that the jailbreak will invalidate the warranty of the product and is at your own risk.