5 advantages and 5 disadvantages of iPhone 7 from the user’s perspective, Android

iPhone 7 – a device that, whether you like it or not, makes the discussion worse debates of candidates for President of the United States. The new generation was as breakthrough as the iPhone 6, two versions of which unexpectedly rose traditionally the tiny screen size. However, for Apple and all fans of “Apple” products, the release of the iPhone 7 – this is a great event. 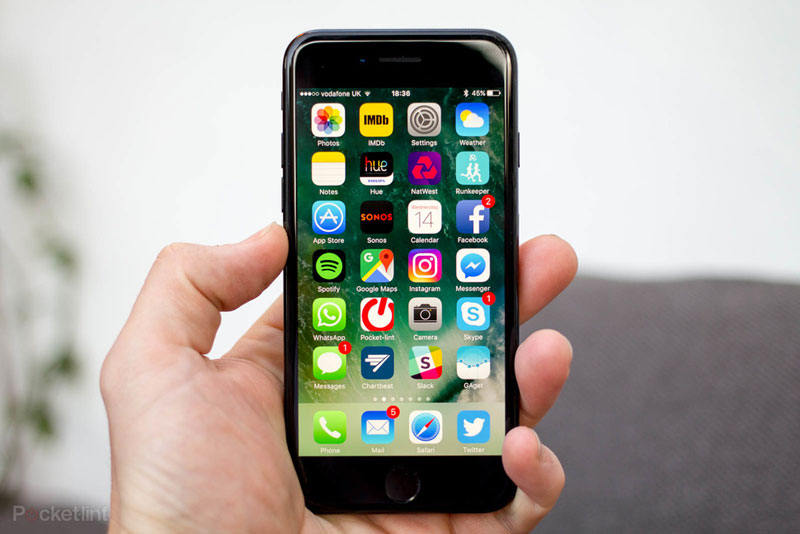 Discussion of user RG, having myself a fan of Android devices, has compiled a list of the main advantages and disadvantages of the new iPhone. Among them are five reasons why the owners of “guglofonov” will be spitting from the iPhone 7 and five reasons why they come to purchase “Apple” novelty.

Despite the fact that the screen in every generation of Apple smartphones is getting better, in terms of brightness, color and many other parameters, the resolution has not changed for three seasons.

I’m not saying the screen is bad. It is sufficient for most users. Until you start to look at fonts and icons. And… to see the pixelation. Yes, I pick. And have every right to it, given the cost of the device.

But it is not important. The key “trick” screens Apple is that they are very easy to break. Ordinary mineral glass does not survive the fall as well as, for example, the latest generation of Gorilla Glass or shatter-proof screen of the Motorola flagship. In the new generation of this disadvantage has been preserved — at least in the Apple has not stated, that solved the problem of the fragile screen from “seven”. 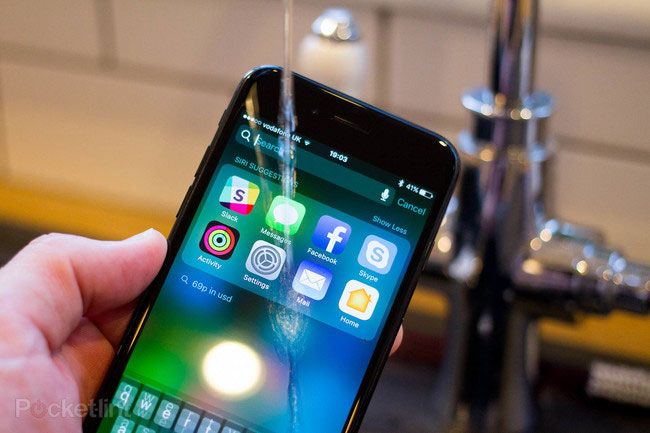 2. There is no headphone Jack

Absence of socket a 3.5 mm headphone Jack. Until you are faced with this feature of iPhone 7, I don’t think as uncomfortable. Yes, the set includes headphones with Lightning. Yes, there are adapters. And here begins the “but”.

Adapter — the first candidate to be lost. Plus, the appearance is beautiful, the iPhone 7 with this cheap “glue” between the device and headphones for 200-300 dollars it loses much of its integrity of perception. I’d left the adapter in the box and forgot about it.

Bundled headphones are not the answer for me: the EarPods are designed to allow them rests in my ears for more than three steps, and after 30 minutes of listening to music without movement in space, the ears begin to ache. Not mine.

There is only one output — purchase of wireless headphones or headphones with Lightning. This additional cost, and not the smallest. Good wireless “ears”, for example, are not 3 and not 4 thousand. Don’t like it when my options artificially limited. 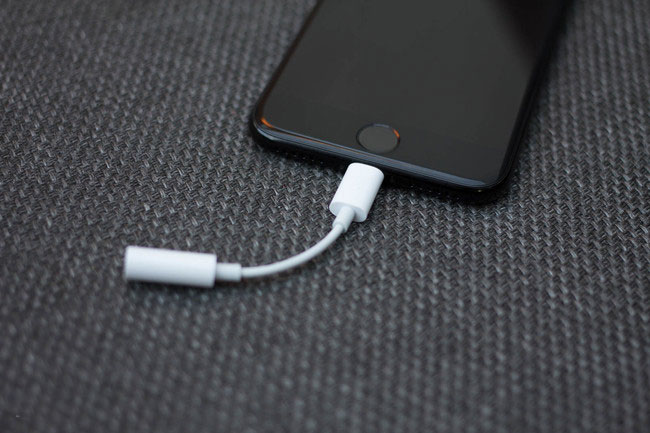 The dimensions of the current iPhone line — the main compromise of these devices. It would seem that more needs to be happy: the very little iPhone SE with 4 inches iPhone 7 with a diagonal of 4.7 and “shovel” 7 Plus with 5.5 inches.

But a man accustomed to Android, the problem occurs. If the direction of iPhone SE it is unlikely to see because of its microscopic size, the iPhone 7 may interest him. And then it happens here’s the thing. Standard diagonal screens on Android range from 5 to 5.7 inches. Most part convenient of smartphones falls within the range of 5-5. 2 inches (e.g. Galaxy S7, HTC 10, Sony Xperia XZ). After these devices the screen on the iPhone 7 is obviously small.

“But there is a 7 Plus!” — tell me you. True. But it is so shovel the size even more than hot in every sense of the novelty from Samsung, Galaxy Note 7, where the screen diagonal of more than 7 Plus. And this choice in favor “plus” I, too, would be called a compromise: you have to sacrifice convenience and compactness for the big screen that, as shown by other manufacturers, not always necessary.

And one more thing — Wireless. Apple at the presentation spoke at length about the waiver wire and the transition to the era of “Wireless”, that is wireless. My legitimate question: where is wireless charging lost? It is time to add in the iPhone, 2016 the yard. 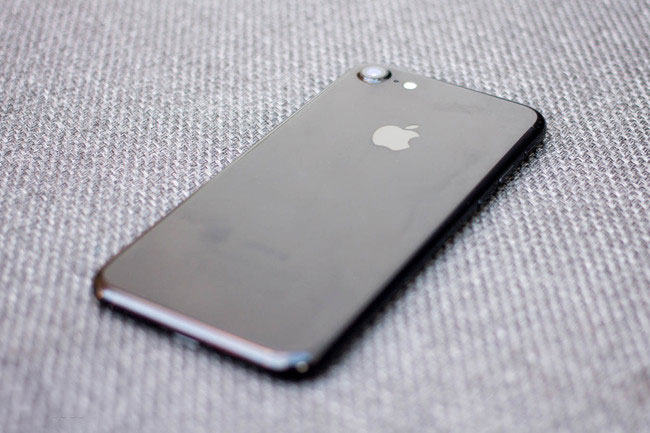 4. There is no notification light

A trifle, you will tell me. iPhone knows to turn the screen on when you take it off the table. Yes, a trifle, Yes, he can. But this did not diminish the importance of the notification.

I always know what kind of notification arrived on my Samsung: missed call indicator blinks blue, the message in Facebook Messenger is green, someone wrote in WhatsApp — yellow. Even without taking the phone in hand, you know, who could you call or email. Very convenient, but iPhone users available, which is a pity.

Android smartphones have long ceased to be “a being a cheap iPhone. The price tag on the flagship Samsung or Sony, but recently even my beloved Chinese Huawei, as close to the cost of the iPhone 7. But I used to look for what the manufacturer asks for the money.

In the case of the same Samsung I understand the pricing of 100% — maximum performance on the most modern and technologically advanced hardware, better screens (and even fashionably curved), great ergonomics.

The iPhone pay more for the Apple on the back and General balance of the device, which works fine, despite the mediocre by the standards of the 2016 features.

For money with iPhone you get the best in the market ecosystem — your MacBook Pro and iPad are always working in conjunction with your iPhone, all synced, everywhere common content conveniently. But sometimes too Intrusive. And some things (like binding to iTunes, and now to Lightning Bluetooth headphones) can cause irritation.

The price tag for the iPhone in Russia personally, I have raised questions. Another thing — in the United States: if you compare the prices with ours, the inhabitants of America the device will be cheaper by one-fifth or even a quarter (depending on state tax) — now you’re talking!

Moisture, one of the best cameras in the smartphone market, stellar performance, the game is guaranteed without brakes — the iPhone has everything you want from a modern smartphone. All enclosed in a well assembled, enjoyable, and stylish body, and in the case of “just” seven more, and ergonomically close to perfect. 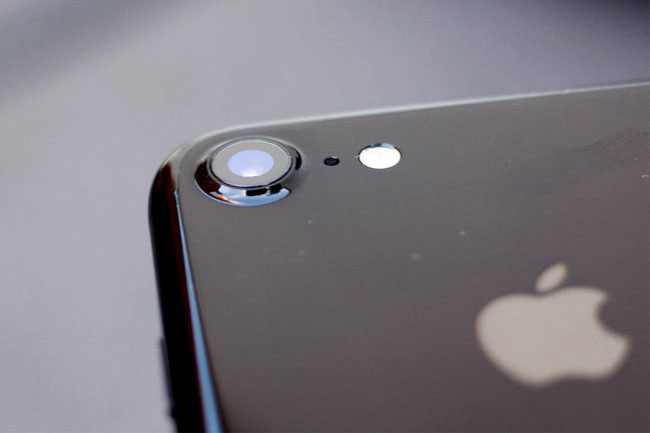 When you buy any fresh iPhone, you can be sure that the camera in it — the gold standard for the category of mobile devices. the iPhone 7 is no exception, and in the Plus version even with the cool feature — dual camera. And Apple did a really unique thing. For roar Android smartphone dual camera nothing new; take for example Huawei P9 or LG G5.

But in an industry first, the second camera is used for portraits (will be available later with software upgrade) and hardware support 2-fold optical zoom. In my opinion it is much more practical history than a black and white module in P9, improves color reproduction.

The implementation of a wide-angle camera in LG G5 is also very interesting from the point of view of the final result, but the function offered by Apple, I think of potentially more popular. Waiting for an influx of cool portraits in Instagram. 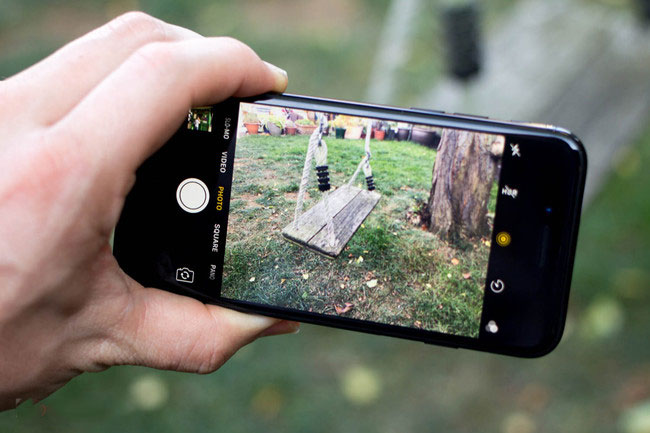 Don’t like to live in a constant feeling that the smartphone’s about to die. This feeling for me personally, internally similar to the situation when you are late for an important meeting — is an unpleasant sensation that is slightly unnerving and upsetting. Almost any Android smartphone is able to introduce me in such a nervous condition.

But iPhone 7 and 7 Plus the more this is unlikely since the iPhone 6s Plus, which I tested a year ago, the battery showed itself from the best side — after a whole day of active use have left almost half of the charge. The promised increase of the lifetime from a single charge (+2 hours for 7-Ki and +1 to 7 Plus) should make the iPhone 7 one of the best “longevity” from a single charge on the market, but it’s worth it.

I love to listen to music. Almost any modern smartphone is able to play tracks of my favorite artists. But not everyone is able to do it so I gladly nodded, hearing the pure sound with honest rich bass and a high level of detail in their favorite headphones.

iPhone has always been a good terms of sound with headphones and without them too. One speaker even iPhone 6s Plus played quite a decent, and the stereo speakers of the “sevens” will block the last year’s flagship.

The market has a “music” smart phones with a special chip responsible for the musical component, able to satisfy even the most discerning listener. But none of them can not be called a truly massive smartphone for everyone. And iPhone can be a good choice for those who want a good sound (even if it is marred by the lack of a standard 3.5 mm Jack in novelties). 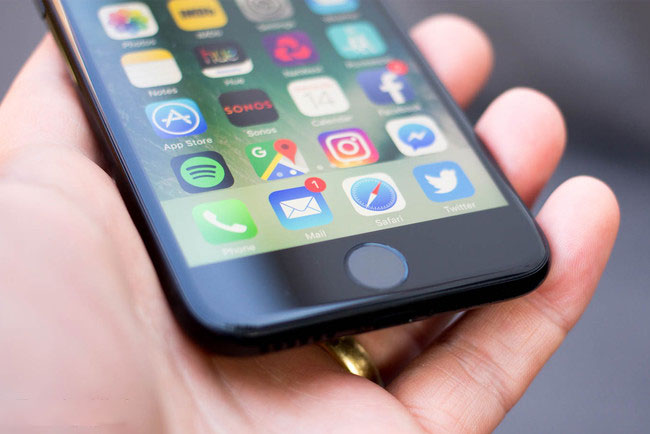 Optimization, optimization and again optimization. Instant start-up even the toughest of toys and apps for the iPhone. Developers still earn mainly on apps for iOS (Android is much less profitable) — why pay so much attention platform and products under it.

It is here that inhabits most of the exclusives (even if just for a short period of time) is often what iPhone users get in on new apps and games (same MSQRD or promised to us at the presentation of Mario).

You don’t need to delve into the details and think about it, it will start if you play with maximum graphics settings or not, the new (and many old) iPhone is guaranteed to work absolutely all that is available in the App Store. And it’s great.

What are the output? I, as a person, who has many years of change one Android flagship at other times of the year, one thing is clear: the Android platform is more flexible, a variety of manufacturers and models of smartphones gives customers a choice.

Want simplicity of the interface? Please — here’s the new flagship from Huawei. Appreciate the operating system without “add-ins”? Top smart phone from Google (Nexus before, and soon, apparently, Pixel) is already waiting for you on the shelf. Want maximum performance and the best functionality on your device? Look toward the Galaxy Note or the Galaxy S from Samsung. It is important that you always have the opportunity to move to a smartphone from another manufacturer, if, for example interpretation of Android from Samsung or Meizu will become boring.

With the iPhone the situation is different — you always have a choice of one or more devices with a familiar interface that can refresh a new Wallpaper or add more new cool app.

Is this bad? Not at all. With iPhone you buy the assurance that you will get the most stable and nimble device that will be relevant for at least 1-2 seasons. And then you’ll wait again the release of the new iPhone.

There will be a new wave of heated debates and activation of two camps: Android vs iPhone. This battle will drag on for years. And whose side are you on?