Every year iOS and Android become more comfortable and thoughtful — a constant competition improves both operating systems. But if the main problem remains the iOS hardware limitations (only iPhone, iPod touch and iPad), Android another problem — an abundance of gadgets, each of which must receive (or not receive) the next update. 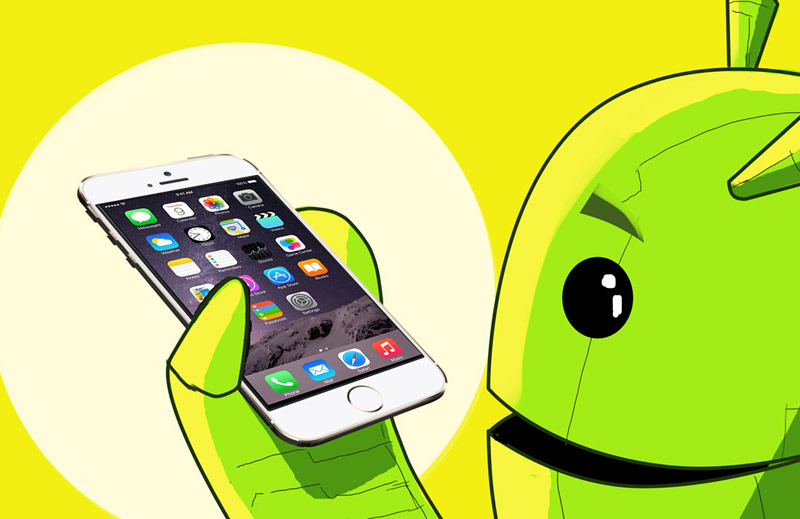 With all the sophistication, balance and demand of the iPhone has a number of disadvantages in comparison with some Android smartphones. The Apple smartphone is not intended for use in water, rarely lives longer than a day on a single charge (if it’s not an iPhone 6s Plus), can not boast of a QHD screen and super-fast charging is not equipped with 12-megapixel front camera, supports memory cards and tied to iTunes.

The main advantage of the market of Android-smartphones, — diversity: the large number of devices with an original design, waterproof body, a huge battery, a memory card slot and high-quality “frontalka”. The second aspect is the price: if in 20-25 thousand rubles sold or obsolete or refurbished iPhone, then on Android for the money you can buy quite a decent model.

For those who are thinking to arrange the transfer from iOS to Android, browsers Zoom spoke about the pitfalls that will meet the future owner of “Google phone”.

Another presentation of the first iPhone (iPhone 2G) Steve jobs mentioned protection against accidental taps on the touch screen. The founder of Apple was convinced that the control of the fingers can be comfortable only if the display distinguishes between correct clicking those, which you should not respond. In the end cupertinos protection from unnecessary taps has become a mystery, like the spices in KFC restaurants. For 9 years, manufacturers of Android smartphones released huge number of gadgets with bright, clear and sensitive displays, but did not come close to iPhone in terms of response to accidental pressing. 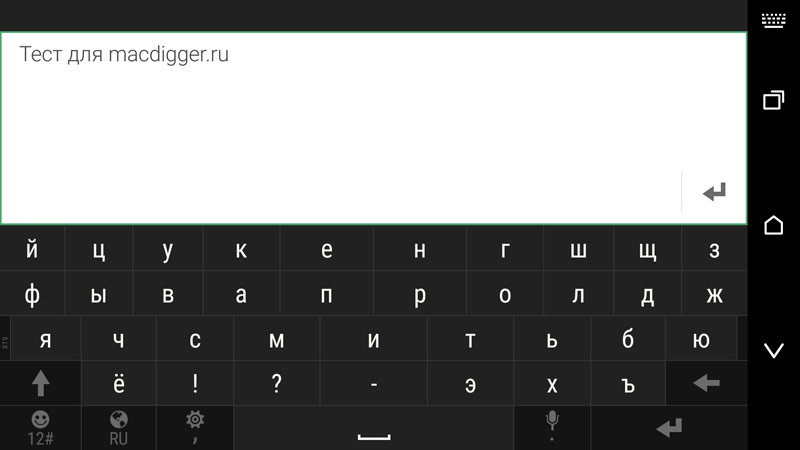 Most clearly this appears during typing. IOS support for third party keyboards has not become popular: it was limited to the digests in the style of “10 new keyboards for the iPhone.” IOS users have installed alternative keypad for the sake of curiosity, and then back to the standard option. In Android, everything is more complicated: most likely, you will spend a couple of hours in Google Play by installing the keyboard and select the most comfortable layout. By the way, it is possible that the keyboard that you will like Russian language will not be in any form.

A characteristic feature of iOS: to an outsider icon got on the top panel, should be something supernatural. Most often it is limited to information about the signal and the operator, indication of the method of Internet connection, clock, alarm clock and icon display of information about the battery (in percent or without them). Sometimes this set added an icon to lock the screen orientation and Crescent, indicating that the user has selected the mode “do not disturb”. 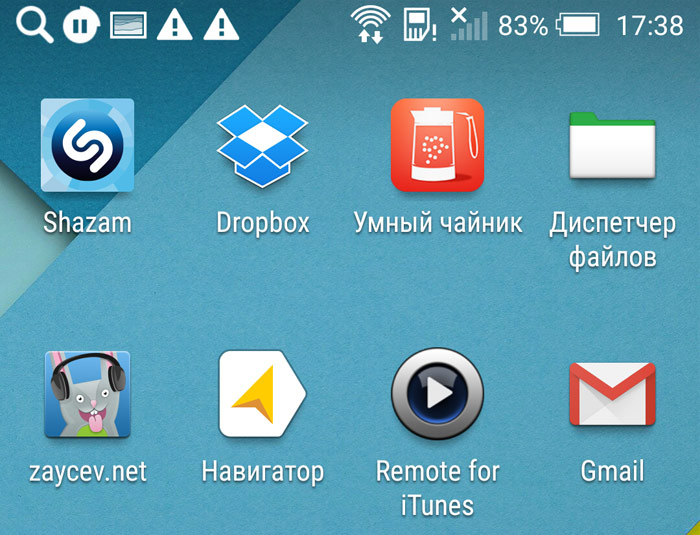 In Android top bar plays the role of informant. Installed the app? So point out. Missed the alarm? Send five notifications. Came the message in the messenger? This needs to be fixed. Chose power saving mode? Display it at the top.

Designed to be useful to the panel acquires micro icons faster than you will realize that it is not time to follow them. The typical path of lazy owner of Android-smartphone: accumulate three dozen notifications, and then erase them in two touches. Pedantic users are doing differently and manually disable the access to the upper bar for each application. Both scenarios are awkward, but Google gives developers creative freedom, and they use it: if the program has the ability to remind the user about ourselves, why not do it?

3. Update with a huge delay

Apple brought a simple and clear procedure updates: in June at WWDC show a new version of iOS, and in September, about a week after the launch of the new iPhone, the user is prompted to install the update. The list of supported models standard includes a current generation iPhone, iPad and iPod touch. Even if you don’t follow the news from the world of mobile phones, you can still get the talk about the fact that very soon your iPhone will have new features and capabilities. 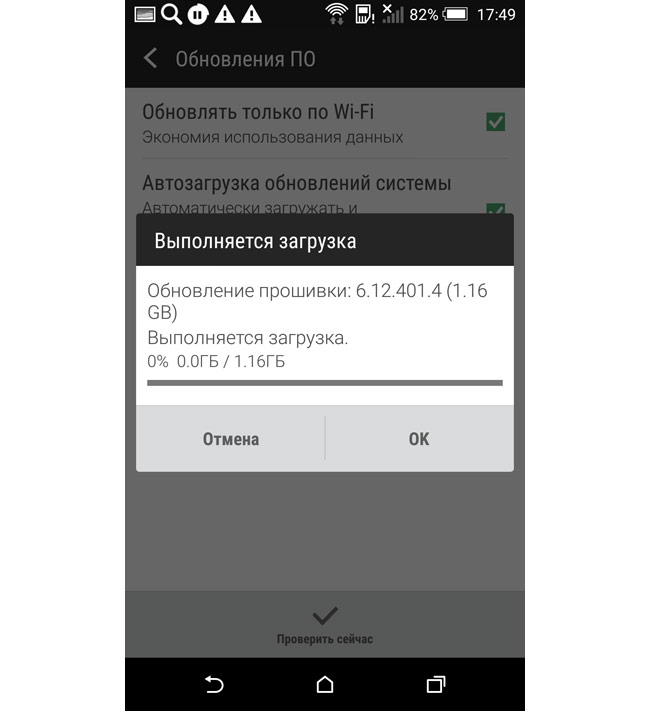 With Android it is not so: suffice it to say that by mid-summer the Marshmallow version, released last fall, moved only 15% of users. With rates of 35.5% and 29.2% of leading Android 5.x Lollipop and Android 4.4 KitKat, released respectively in 2014 and 2013.

The situation has not changed: it seems that Google is satisfied with the speed of the upgrade process. Accordingly, future Android users there are three ways. The first is to forget about upgrades and enjoy the current version of the OS. The second is to dig the forums on the subject of homemade fresh builds of Android. The third daily to check the news and check to see if your gadget in the short list of devices that will be updated to the latest version. In any case, the calm and measured iOS updates here can only dream about.

With the advent of iOS 8, the word “widget” for owners of the iPhone ceased to be a language from another galaxy. Widgets settled in the notifications menu and fit there quite organically: apps send notifications, not clogging up anything, but one tab of the top bar. Also, the widgets in iOS can bring additional functionality. Among the home developers this opportunity to prompt all used in Clever Pumpkin, where they make application for a sports website Sports. Fans choose favorite club and one swipe pass the news on to the team and the results of the latest matches. Android doesn’t need swipe, and the role of widgets is much more significant — and this should be used. 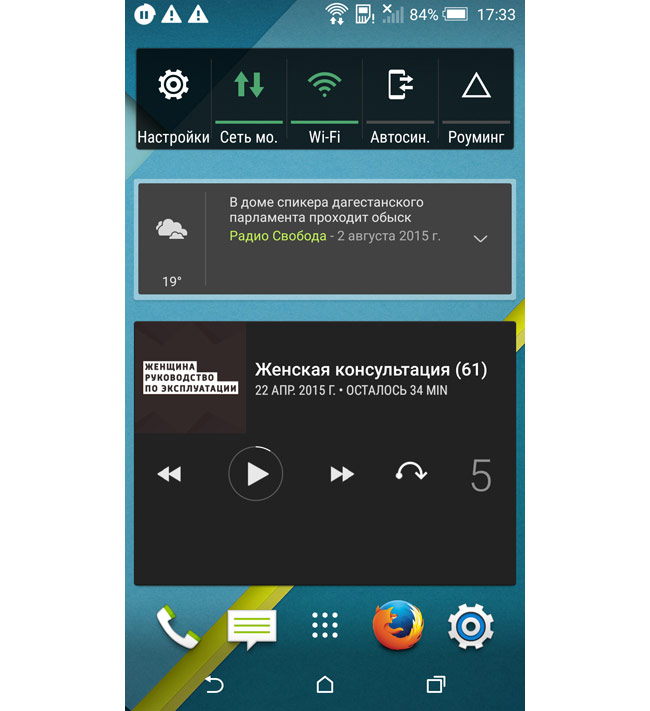 On the one hand, if you take the time and post on the main clock screen (of course, weather), switch the external module (wifi — one-touch), mini Notepad, keys are the main player unit with updated news, use a smartphone will be more convenient. On the other hand, for the number of widgets needed large screen (phablet — 5.5 inch), so the “extra” items will still have to place on a nearby desktop. The transition back is carried out using a swipe, and an advantage over iOS automatically disappears.

5. The problem with the software

The legend that important apps on Android now released simultaneously (or even earlier) with iOS, it is hardly worth taking seriously: the developers in most cases will present a first version for iPhone and iPad, and then for devices running OS from Google. For example, the application to organize video broadcasts Periscope: iPhone owners have already collected the number of likes and subscribers, and owners of Android devices had to wait two months. Such regular breaks, but they can only put up with slow updates. 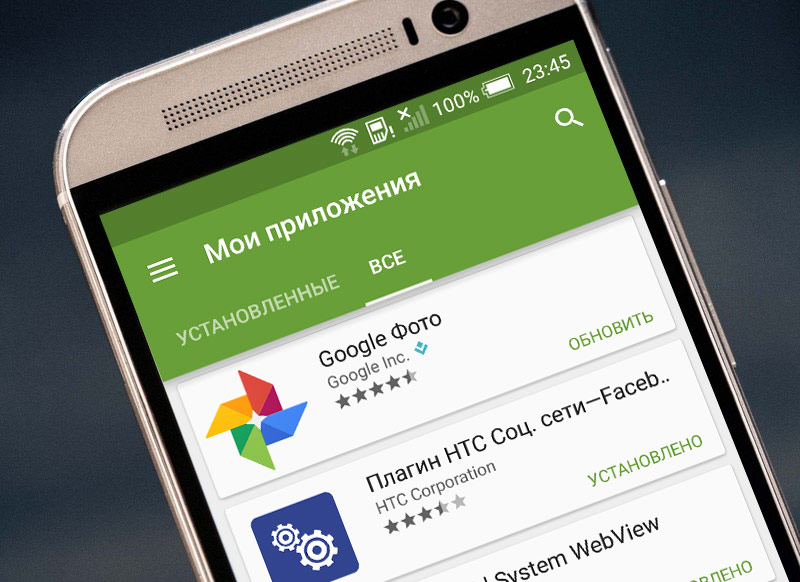 And yet the saddest thing is not even that the apps appear in Google Play of late, and that sometimes they do not appear. The transition from iOS to Android means a complete rejection iMessage (instant messenger, Hangouts, present in the App Store), FaceTime, set iWork, and many other useful things. Sometimes programs released by Google on iOS to use than the native Android. It is, above all, of those apps (YouTube, Google Maps and so on) that will not even work on Android without logging in. In iOS it is not needed — you can run and watch the videos/learn card.