After each new version of iOS hackers released the solution for jailbreak the way to get rid of the Apple imposed restrictions. With it, users can bypass the security system to install on your iPhone and iPad tweaks and unofficial apps that are not admitted to the App Store. 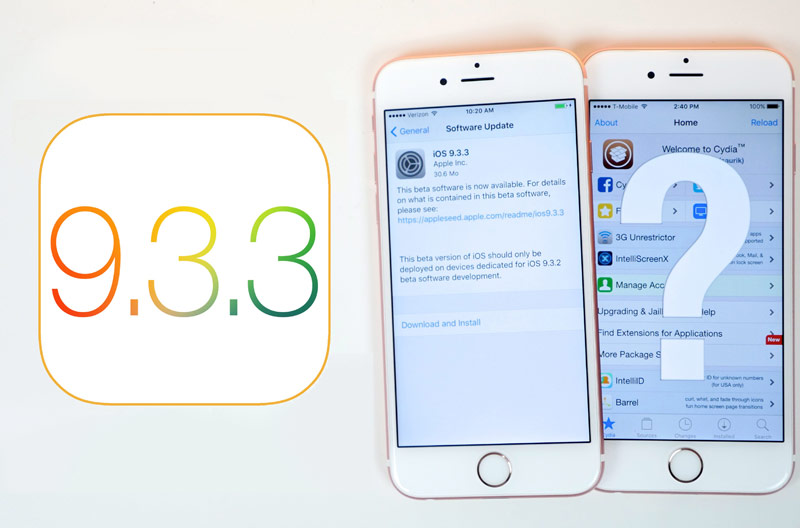 On Sunday, the hackers of Pangu Team introduced a tool for hacking the actual operating system iOS 9.3.3. Has any practical meaning is its use and what is the price for liberation? Below, five reasons why perhaps you should not contrive an escape from a reliable, safe and comfortable “prison” of Apple.

1. Bugs and glitches in the work

9.3.3 iOS jailbreak from Pangu can lead to failures in the OS, as well as staff and third-party applications. Possible spontaneous reboot crashes programs. It is not excluded loss of data. Of course, over time Pangu will fix these flaws, but until that time it is better not to hurry with the jailbreak.

2. The interface is in Chinese

At the moment utility for the iPhone and iPad are not localized. All interface elements and messages are shown in Chinese, so to understand what happens at each stage is virtually impossible. Soon will be released version with the English language – is not a reason to postpone the hacking device?

3. The jailbreak is “tethered”

IOS 9.3.3 from Pangu is considered “bound”. First, the compromised device after the restart you need to transfer in mode jailbreak. Of course, it is not necessary to connect the gadget to the PC, and you can run the application from the home screen of the mobile device. However, it has another unpleasant property: it works within 7 days. At the expiration of developer certificate, iPhone and iPad users will again have to repeat the procedure jailbreak.

4. You need to uncover your Apple ID and password

The desktop version of jailbreak Pangu prompts for user name and password of the Apple ID. The program reports that the user name and password anywhere an Apple ID is not saved: e-mail address and password are required for preparation of the developer profile that is used in the process of PP Helper. However, this point should be considered before you decide on a break of the gadget.

Those who dare to experience the iOS 9.3.3 will have to abandon iOS 10. Pangu does not support the newest version of the operating system. As a result, the user has a choice: go on the latest Apple platform or stay on the previous one, but with access to Cydia. This is a difficult dilemma, and many will probably make a choice in favor of iOS 10.